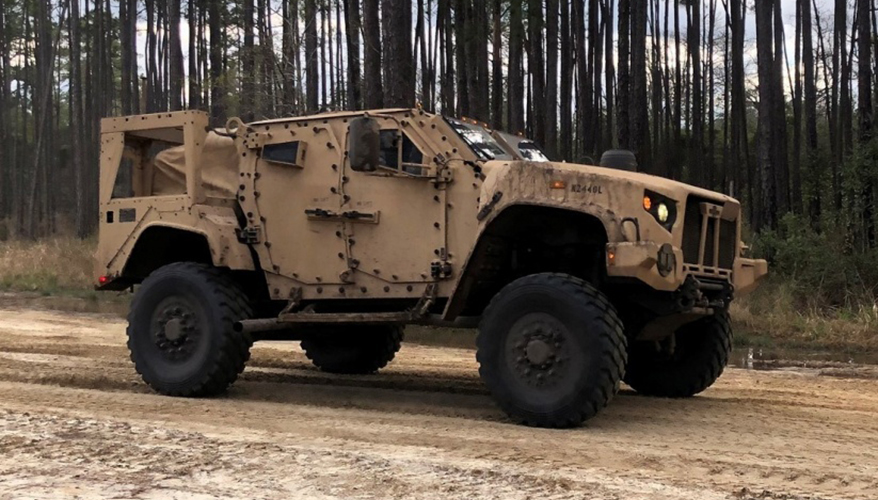 The Defense Department's Director of Operational Test and Evaluation Robert Behler said in his 2018 annual report published in January that the JLTV was “not operationally suitable because of deficiencies in reliability, maintainability, training, manuals, crew situational awareness and safety.”

To address some of these problems, Oshkosh modified the vehicle with bigger windows, a front-facing camera and a muffler, George Mansfield, vice president and general manager of joint programs at Oshkosh Defense, said in an interview at the Association of the United States Army annual meeting in Washington, D.C.

“They weren't contractual requirements, but they did want improvements to them,” he said.

The company is also doing additional work to reduce the vehicle’s interior noise. “We're actually looking at a different alternator that's a little quieter,” he noted.

The Army authorized full-rate production of the JLTV in June. The research, development, test and evaluation and procurement fiscal year 2020 budget request for all four services called for $1.641 billion to be spent on 4,090 of the vehicles, according to the Congressional Research Service. The Marine Corps is looking to purchase over 9,000 JLTVs over the life of the program.

The upgrades will also be included onto trucks already fielded, so they can "touch every truck," Mansfield noted. In April, over 300 vehicles were fielded with the 1st Brigade, 3rd Infantry Division at Fort Stewart, Georgia.

The vehicle has also received international interest from the United Kingdom, Slovenia and Lithuania.

Additionally, the company unveiled a new variant dubbed the light combat tactical all-terrain vehicle command and control at the annual meeting. Oshkosh worked with L3 Harris on the vehicle, which integrated the command-and-control suite, Mansfield noted. An ambulance variant of the JLTV was also unveiled in March.

“This is the very first light tactical wheeled vehicle that has protected on-the-move command and control,” he said. This will allow commanders to keep up with combat formations without needing to stop to hook up equipment, he said. Oshkosh spent internal research and development dollars to fund the upgrade, he added.

The vehicle was built with modularity in mind and can accommodate different configurations of communications equipment, according to the company.