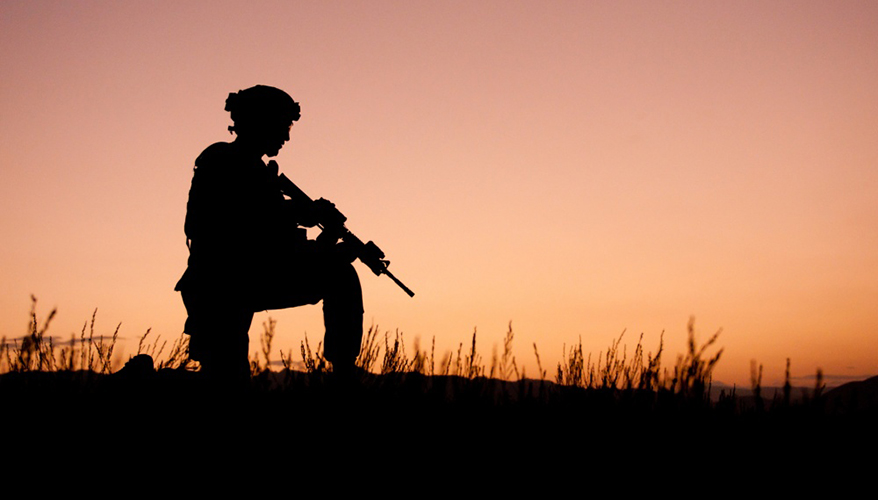 The Army plans to test a fire-control system in April that will accompany the next-generation squad weapon, according to Brig. Gen. Anthony Potts, the head of program executive office soldier.
The next-generation squad weapon is the service’s push to replace its M4 carbine and M249 squad automatic weapon. In September, Textron Systems, General Dynamics Ordnance and Tactical Systems and SIG Sauer were chosen to build prototypes through other transaction authority agreements. The weapon is slated to use a 6.8 mm round instead of the 5.56 mm NATO round to increase soldier lethality without increasing weight.
“What we had to do with all the vendors, is demonstrate that they meet the threshold of capability that we need in the weapon systems,” Potts said Oct. 15 at the Association of the United States Army annual meeting in Washington, D.C. “We know that all vendors that have been selected to move forward meet those thresholds.”
Now, the service is also turning its attention to fielding a fire control system, which will consist of multiple components on the weapon to help increase a soldier's ability to quickly engage targets. In October, the Army issued a prototype project opportunity notice on FedBizOpps calling on industry to submit proposals. According to the notice, the Army can award up to two other transaction authority agreements for the system.
Potts said proposals are due in November and the service wants to receive prototypes in January. From there, it will pair it with the next-generation squad weapon for testing in April, he noted. The service wants a system with a ballistic calculator, atmospheric sensor suite, and laser range finder, according to FedBizOpps.
“The system will provide the weapon system an accurate range to target along with an adjusted aim point for the selected weapon/ammunition combination,” according to an industry day notice.
While it works to replace its legacy rifles, the service is making sure it doesn’t focus solely on the weapon, Brig. Gen. Dave Hodne, director of the soldier lethality cross-functional team said at the event.
“It's not just about the weapon, it's about the soldier,” he noted. “It's about the enabler on the weapon. It's about the ammunition he uses and it's about the training … so it's much more complex.”
Additionally, the Army is working with T-Worx I-Rail on a system that will provide central power to accessories mounted on the next-generation squad weapon. The power system will also be able to transfer data, such as information on ground troop movements, from the rifle to command centers.