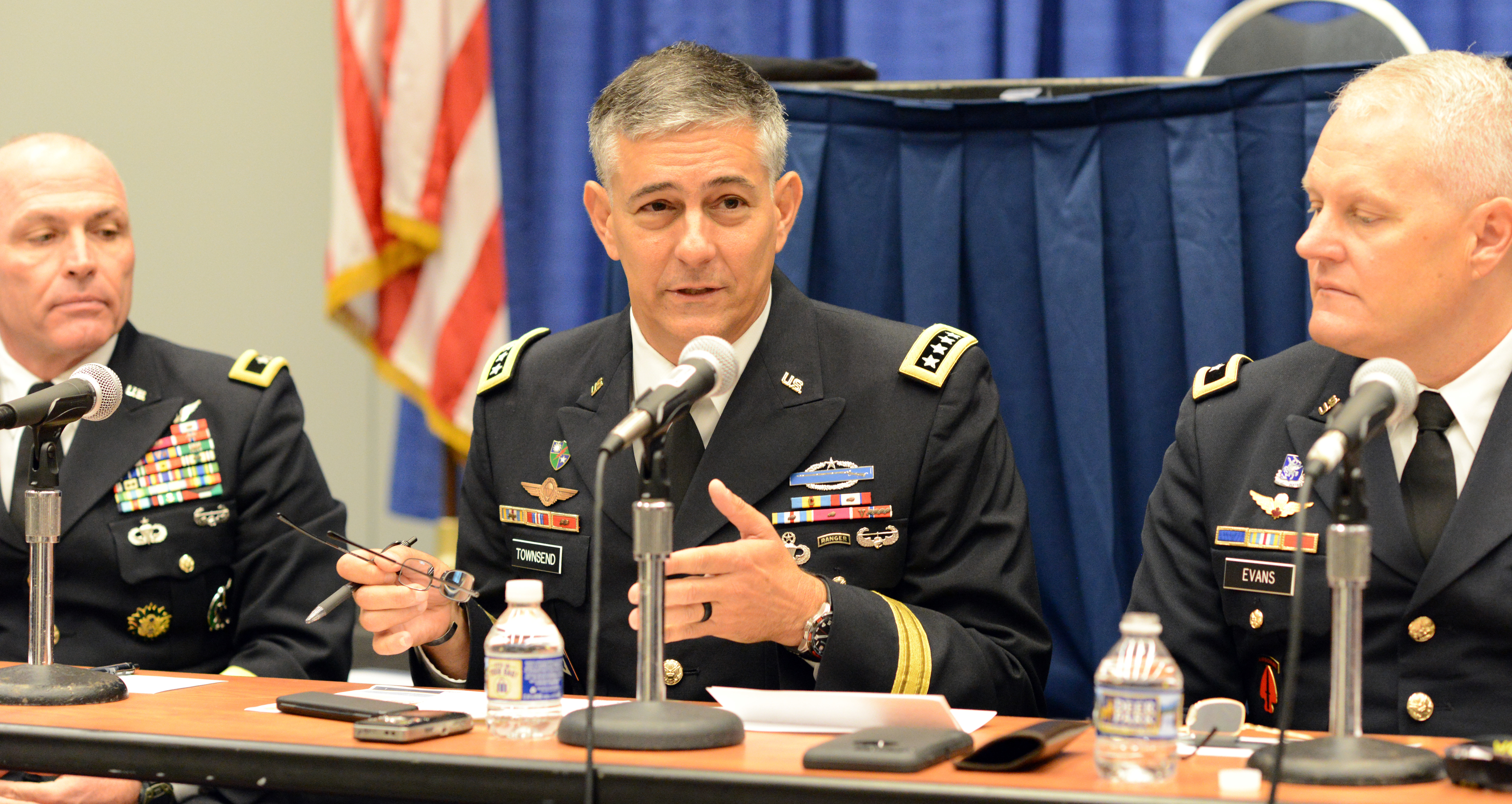 Training and Doctrine Command’s first priority is boosting the Army’s end strength, according to its commander.

“Our ability to recruit and maintain this smart, fit, lethal all-volunteer Army is the most important thing that TRADOC is working on,” Gen. Stephen Townsend said Jan. 7 in Arlington, Virginia, at the Association of the United States Army.

Townsend said the service must improve the way it attracts new soldiers. With 70,000 recruits in 2018, the Army had “more soldiers than we've enlisted in well over a decade,” he said. However, it fell short of its 76,500 goal, he noted. Following an after-action review, the service decided to make recruiting an “Army mission” rather than rely on Recruiting Command, he said.

“The secretary, the undersecretary, the chief, the vice and the sergeant major of the Army have all opened up their calendars to this … process, and they are willing to go out into America and help us spread this message,” he said.

To target people between the ages of 18 and 24, the service is turning its attention to 22 large cities such as Chicago, Los Angeles and Boston, Townsend said. Because the population is moving to these cities, the Army can no longer rely on targeting areas that have traditionally produced the largest number of recruits, he noted.

“If you drew sort of a smiley face on the map of the United States, sort of from Virginia southward to the south, and then across and up, that would be the Army’s recruiting stronghold,” he said. “That's just not going to work anymore because that's not where the population is growing the most.”

New strategies also include improving the service’s social media presence and providing additional information about the types of available jobs, he noted.

“Americans are tech and social media savvy and our Army has not been, so we've got to learn how to effectively communicate with the Americans,” he said.

As the Army adjusts to new recruiting strategies, it must also prepare its soldiers for a multi-domain battlefield, he noted. In December 2018, the service released the most recent version of its future fighting concept. The document outlines the Army’s intention to improve its operations in all domains, noting that adversaries are now contesting the electromagnetic spectrum and information environment.

The Army has a “closed-loop network” that allows soldiers to train for cyber operations without fear of cyber attacks, he said. The service is developing a national cyber range that will likely be a “network of installations” as well.

“We can pretty much do whatever we want to do inside this closed network, knowing that the worry is that your cyber training somehow gets out onto the Internet,” Townsend noted. “We don't want that to happen. So we've got … a safe environment to do that at our combat training centers.”