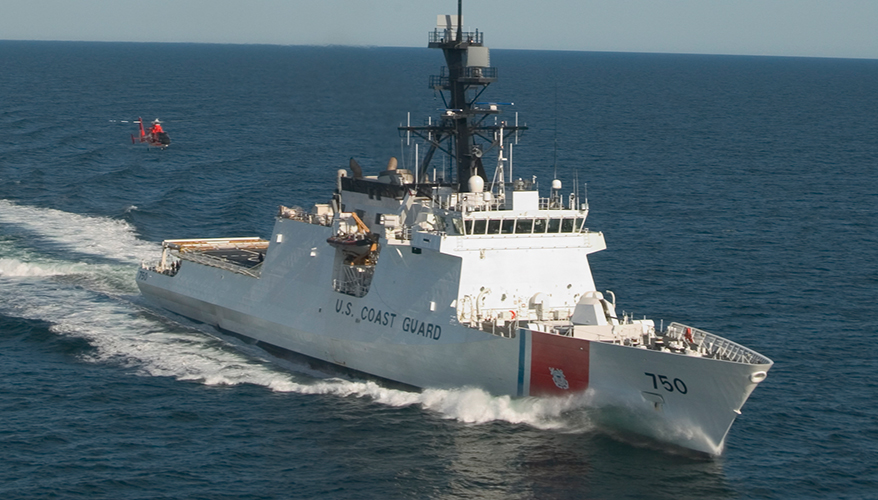 The fixed-price contract awards were announced in December, totaling more than $930 million for the 10th and 11th NSCs. The money was appropriated by Congress in the fiscal year 2018 budget, even though the Coast Guard did not request the vessels. Some lawmakers are pushing for a 12th national security cutter.

“We did not on budget ask for those additional hulls as we have a finite amount of trade space,” Coast Guard Commandant Adm. Karl Schultz said in an interview with National Defense at the Halifax International Security Forum. However, the national security cutters are “fantastic ships,” he added.

The service is trying to move ahead with procuring a new icebreaker, also known as the polar security cutter. It requested $750 million in fiscal year 2019 to buy the first of six planned heavy- and medium-duty icebreakers.

Seth Cropsey, director of the Center for American Seapower at the Hudson Institute, said resource constraints and the procurement of additional NSCs “absolutely” could impact funding for the polar security cutter program.

Lawmakers should robustly fund both programs because they offer critical capabilities, he noted.

The service also needs more icebreakers to compete with potential adversaries like Russia and China, which are enhancing their presence in the Arctic, he noted. “One has to hope though that the Congress understands what is happening in the Arctic and what interests the United States has there.”

Coast Guard leaders have said they need $2 billion-plus annually in acquisition funding to meet the service’s modernization goals, which Cropsey said could be difficult to obtain because lawmakers have a number of competing priorities.

Meanwhile, the weeks-long partial government shutdown which began in December has affected Coast Guard programs because funding for the Department of Homeland Security lapsed. However, at a recent conference, Navy Rear Adm. William Galinis, program executive officer for PEO ships, said his Coast Guard counterparts are on track to award a construction contract for the polar security cutter later this year if funding is available.

Ongoing disputes between the White House and Congress over President Donald Trump’s push to build a controversial border wall could continue to undermine Coast Guard modernization.

“The obvious thing to do would be to … handle the wall issue separately from the question of funding that affects the long-term interests of the United States in protecting maritime security,” Cropsey said.