Industrial Base Gears Up for Great Power Conflict 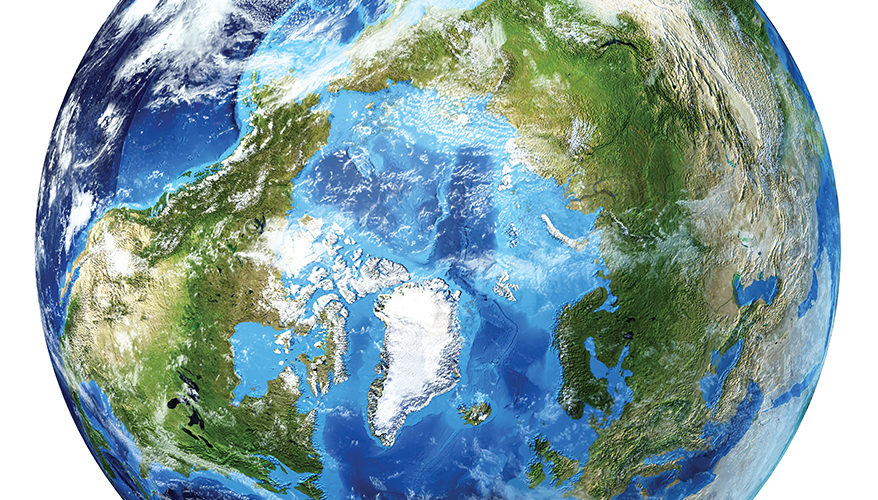 For decades, free-trade ideology has dominated discussions about manufacturing and economic development in the United States, even with respect to the defense industrial base. Though policies stemming from this ideology have succeeded in generating great wealth for the U.S. economy, they have also led to a number of unintended consequences, including the erosion of the manufacturing segment of the defense industrial base.

With new authorities included in this year’s defense authorization bill, however, the Pentagon is well-equipped to reverse the decline in U.S. defense manufacturing and to provide secure supply of crucial military components for the future.

The Defense Department is, of course, unlike any private sector business. It is responsible for responding to unforeseen events worldwide and is also subject to threats and challenges that no private sector actor confronts.

A mistaken emphasis on free-trade ideology and a selective aversion to “picking winners and losers,” however, has led to the false conclusion that the department, which has a budget larger than many midsize European countries, cannot and should not attempt to shape the commercial sector that supplies it. This mindset has produced weak points in the supply chain that potential adversaries have recognized and exploited.

A recent op-ed by retired Air Force Gen. Hawk Carlisle, former commander of Air Combat Command, and current president and CEO of the National Defense Industrial Association, argues that today’s industrial base is vastly different than the one that propelled the United States to military greatness in World War II and throughout the Cold War. Even as defense spending increased following 9/11, the defense industrial base has continued to shrink and consolidate.

This process was greatly accelerated by budgetary uncertainty during the Obama administration. A study on the impacts of budget sequestration by the Center for Strategic and International Studies and the Aerospace Industries Association, “Measuring the Impact of Sequestration and the Defense Drawdown on the Industrial Base, 2011-2015,” notes that over 17,000 companies left the defense industrial base during those years. This greatly reduced the scope of competition within the industry and left the defense supply chain with a large number of single points of failure.

Looking at U.S. industry more broadly, it is clear that while certain segments of manufacturing output are doing well, industries that supply defense manufacturing have sustained deep declines in recent years. The mining of non-fuel resources, for example, peaked in early 2006 and has declined ever since. The decline in textile production has been even more dramatic. At a time when the economy is increasingly dominated by service businesses, both the executive branch and Congress must take a hard look at the ideological underpinnings driving our industrial policy.

Thankfully, the 2017 National Security Strategy acknowledged the deeply troubling decline of the defense industrial base. The document notes: “A healthy defense industrial base is a critical element of U.S. power and the national security innovation base. The ability of the military to surge in response to an emergency depends on our nation’s ability to produce needed parts and systems, healthy and secure supply chains, and a skilled U.S. workforce. The erosion of American manufacturing over the last two decades, however, has had a negative impact on these capabilities and threatens to undermine the ability of U.S. manufacturers to meet national security requirements.”

One of the best-known single points of failure in today’s defense industrial base is the near sole-source dependence on China for rare earth elements. Due to their unique properties, this select group of minerals is essential for the construction of much of the U.S. military’s high-tech hardware, including everything from radars to night vision goggles. The lack of viable domestic sources for the elements creates a significant strategic vulnerability.

An incident in 2010 shows just how dangerous this dependence can be. In the midst of an international dispute over control of fishing waters, China abruptly cut off rare earth element exports to Japan, only resuming them a month later after Japan declined to prosecute the Chinese ship captain involved in the incident. Had the export restrictions continued, the impact on the Japanese high-tech industry could have been catastrophic.

Concerningly, there are indications that China may try to use the export of critical raw materials to gain geopolitical leverage over the United States. At a public forum in Beijing in September, China’s former finance minister Lou Jiwei reportedly told an audience that China could restrict exports of core items for the U.S. manufacturing supply chain. This speech was after the Communist Party’s People’s Daily printed a story stating: “We are looking forward to a more beautiful counterattack and will keep increasing the pain felt by the U.S.” This statement is an important reminder that our strategic materials vulnerabilities are real, and our senior government officials must heed this call to action to build on the advances made this year.

Thankfully, government policy is rapidly changing to create a more secure industrial base, highlighted by efforts to create a more favorable business climate to sustain potentially low-volume, high priority production of key materials. This process started with a number of executive orders issued by the administration.

For instance, Executive Order 13806, “Assessing and Strengthening the Manufacturing and Defense Industrial Base and Supply Chain Resiliency of the United States,” mandated a comprehensive study of the defense industrial base. Likewise, Executive Order 13817, “Presidential Executive Order on a Federal Strategy to Ensure Secure and Reliable Supplies of Critical Minerals,” initiated an intra-governmental strategy to end U.S. reliance on foreign suppliers of 35 critical mineral commodities.

The push to secure the defense industrial base was advanced greatly by the recently-passed National Defense Authorization Act. For example, section 871 of the NDAA prohibits the Defense Department and its contractors from acquiring certain sensitive materials, including rare earth magnets, from non-allied foreign nations including China, Russia and Iran. Once fully implemented in regulations, this language will help catalyze a resurgence in U.S. domestic production of critical minerals and components.

As production scales up under the stimulus of steady demand, downstream consumers of these products are likely to find that U.S. producers can outcompete foreign suppliers on both price and quality. As it reviews the results of the administration’s industrial base study, Congress should consider adding more materials to the list in future years.

This year’s NDAA, coupled with sustained attention from the executive branch, is the best thing to happen to the defense industrial base in years. However, Congress and the executive branch must do more to get this vital sector on solid footing for the era of renewed great power competition. As Congress gears up for the next authorization act, it should use the recently-released executive branch assessment of defense industrial base vulnerabilities as a template for action. The report highlights numerous single points of failure in the defense supply chain. Though some can be fixed through executive branch action alone, others will require legislative support.

First, Congress must increase funding for the programs that directly support the industrial base, including Defense Production Act purchases, Industrial Base Analysis and Sustainment and Manufacturing Technology.

Second, Congress needs to provide targeted relief from regulatory restrictions applicable to key industries that support the defense industrial base. For example, language included in the original House-passed version of the NDAA, introduced by Rep. Mark Amodei, R-Nev., would have sped the mine-permitting approval process for strategic and critical mineral projects. Unfortunately, this language lacked sufficient support in the Senate and was stripped out in conference. Without such language, a revival in the defense industrial base will be significantly delayed.

In addition to addressing specific areas of concern such as mine-permitting reform, another area where Congress could be helpful is in addressing the substantial overlap in regulations at the federal, state and local levels. Many regulations, which pertain to areas such as worker safety and environmental health, are duplicative and add no real value. They do, however, substantially increase costs. These are felt most strongly by smaller producers who lack the economies of scale necessary to afford an office of full-time compliance specialists. By working in a collaborative manner,

Congress can help reduce this overlap and thereby improve the business environment for small- and medium-sized producers.

Third, Congress should encourage the use of long-dormant tools such as loan guarantees and conversion of key facilities to government-owned, contractor-operated centers of excellence for low volume, but critical, strategic materials like specialty chemicals. The authorities for these types of projects already exist — they are present to some extent in programs such as the Defense Production Act and Industrial Base Analysis and Sustainment program — however, Congress needs to increase funding for them to be effective.

Finally, Congress should continue to include domestic sourcing requirements in future bills, recognizing that the inherent market demand to drive lowest cost production may not always be in our national security interest.

This year, the government made significant progress in addressing a number of strategic vulnerabilities. Even more welcome, there appears to be a growing consensus that the free-market mindset that has worked well in other policy areas is not optimal for the defense sector. Support for the defense industrial base has been, and should continue to be, an area of bipartisan agreement. In the years ahead, Congress and the administration should work together to find additional ways to strengthen the defense industrial base.

Jeffery A. Green is the president of J.A. Green & Company, a government relations firm based in Washington, D.C. He previously served with the House Armed Services Committee and the Defense Department.