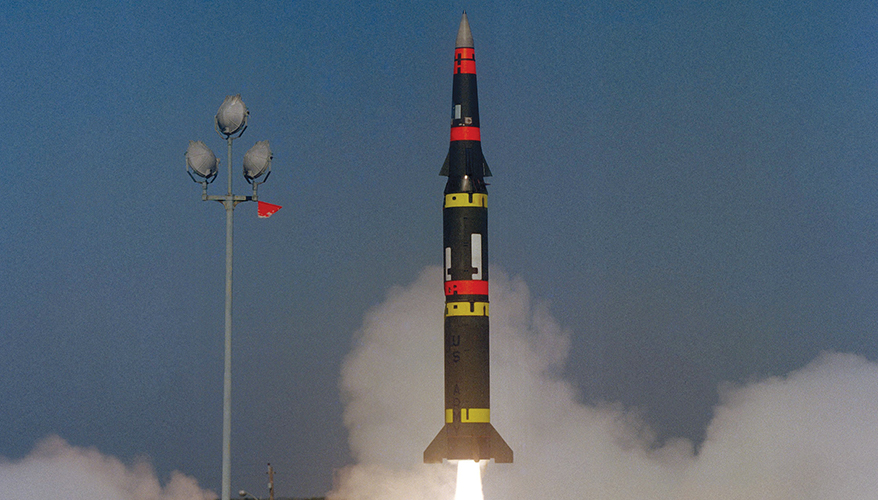 Recent discussions indicate that Russia is still unwilling to give in to the Trump administration's demands to comply with the Intermediate-Range Nuclear Forces Treaty, potentially opening the door to U.S. development of new offensive missiles, according to a top State Department official.

The INF Treaty, signed in 1987, bars Russia and the United States from developing ground-launched ballistic and cruise missiles with ranges of between 500 kilometers and 5,500 kilometers.

Russia has been accused of violating the agreement with the development of its Novator 9M729 intermediate-range cruise missile, spurring the Trump administration to announce its intention to withdraw from the treaty altogether. Secretary of State Mike Pompeo said in December the United States would cease to adhere to the agreement if Russia did not get into compliance within 60 days. The deadline is Feb. 2.

Current discussions with Moscow are centered around what it can do to reverse its current course, Andrea Thompson, undersecretary of state for arms control and international security affairs, said Jan. 24 at a meeting with defense reporters in Washington, D.C.

Thompson said she met with Russian Deputy Foreign Minister Sergei Ryabkov and others last week, but the talks did not lead to progress on the issue. The Russians acknowledged the existence of the Novator 9M729 system, but continued to deny that it violated the INF Treaty despite evidence presented by the United States, she said.

“It was professional dialogue. It wasn't the normal bluster, propaganda" from the Russians that sometimes occurs in these types of meetings, she said. However, the talks “didn't break any new ground. There was no new information," she added.

Although Russian officials did not address why they developed the missile, they said the United States has violated the treaty with multiple weapons, including its Aegis Ashore ballistic missile defense system, Thompson noted.

“They've raised it before and my DoD counterparts went through again, by the numbers of each of those [U.S.] systems” to explain how they were in compliance with the INF Treaty, she said.

“This isn't research and development, this isn't a prototype, this isn't a ‘We had a few systems in a testing lab or down in an arsenal,’” she said. “It's soldiers in uniform manning this system.”

Russia has offered the United States an opportunity to view the technology to show that it does not violate the terms of the treaty. However, Thompson said such a display would not provide trustworthy, “verifiable” results.

The United States plans to take six months to end its obligations to the INF treaty following the Feb. 2 deadline. Thompson said the Trump administration would be willing to revive the agreement should the Russians change their minds and decide to comply during this period.

The Defense Department has already stated its intention to conduct research and development for previously prohibited missiles should the treaty dissolve. Analysts previously told National Defense that the United States' withdrawal could open up new business opportunities for U.S. missile makers.

Analysis: Only Massive Troop Cuts Can Save the Army From Budget Train Wreck

Why Ground Forces? Army Leaders Seek to Clear Up 'Misconceptions'