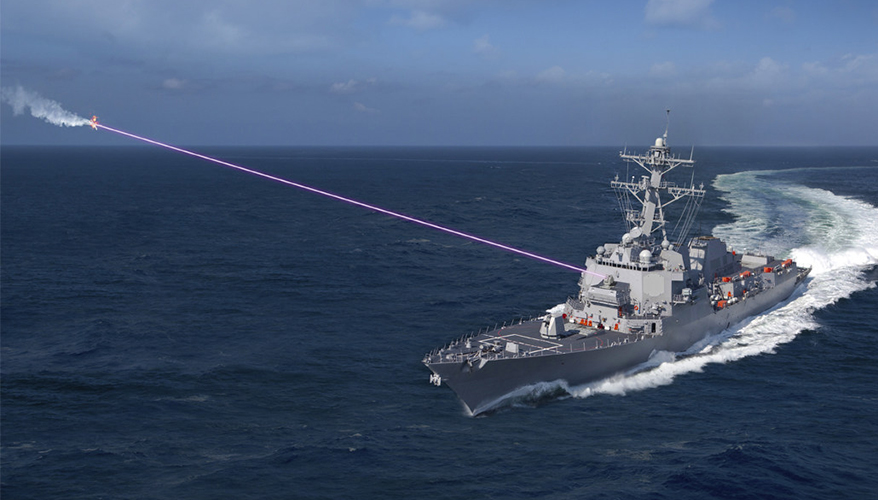 Lockheed Martin is moving forward with an effort to deliver two High-Energy Laser and Integrated Optical-Dazzler with Surveillance, or HELIOS, systems by fiscal year 2020.

The preliminary design review for the effort is scheduled for this fiscal year, Paul Lemmo, vice president of integrated warfare systems and sensors at Lockheed, said Jan. 15 during a media briefing at the Surface Navy Association's annual symposium in Arlington, Virginia.

The Navy awarded the long-awaited contract for the system last year. The $150 million award is for two devices, with options worth up to $942.8 million.

Focused on developing a 60 kilowatt laser with potential to increase the power to 150 kilowatts, the HELIOS initiative is the first increment of the Surface Navy Laser Weapon System. The integrated weapon is expected to be used for countering enemy drones, small boats and intelligence, surveillance and reconnaissance sensors. It is also expected to be used for combat identification and battle damage assessment.

"HELIOS and the fundamental laser weapon design in there is a product of our investment, that's what we did," Lemmo said. "It's a known design and so there's a lot of elements to the system that are mature and that we can move on with."

Because the contract includes integrating one of the devices onto an Arleigh Burke-class destroyer, Lockheed Martin’s plans are to tailor the laser to the platform itself, Lemmo noted. The other laser is expected to be used for land-based testing at White Sands Missile Range in New Mexico.

Meanwhile, Lockheed has also been working with the U.S. Army to develop a directed energy weapon.

“The fundamental capabilities of the [HELIOS] system, the fundamental technology behind the laser weapon system, are the same as we are offering for Army ground vehicle installation and for other programs as well,” Lemmo said.