Leonardo Teams Up to Pitch Helicopter to Polish Army 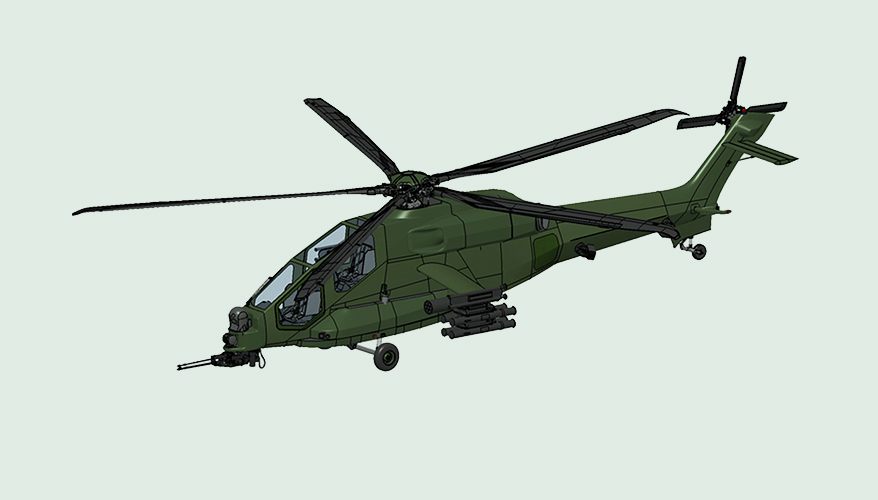 Two international companies have partnered to offer a new combat helicopter to the Polish army.

Italy-based Leonardo and Polska Grupa Zbrojeniowa, or PGZ, recently signed a letter of intent to collaborate on Leonardo’s AW249 rotorcraft, the companies announced in a press release. The partnership will extend to a number of areas including design, manufacturing, final assembly, marketing and aftersales support for the helicopter.

The AW249 was originally planned for the Italian military, according to a Leonardo spokesperson. The company signed a multiyear contract with the Italian Ministry of Defence in January 2017 to replace the army’s aging fleet of AW129s, which are expected to be retired from service by 2026. The Polish variant will be considered under Poland’s “Kruk” procurement program to buy 16 new attack helicopters by 2022 to replace its Soviet-era Mi-24 aircraft. Another 16 helicopters could be procured after 2022, the Polish government said in a 2016 news release.

The Kruk program is part of Poland’s efforts to replace many legacy platforms procured during the Warsaw Pact era with NATO-standard hardware, and to promote the local industrial base, said Dan Darling, a defense market analyst covering Europe at Forecast International, a Newtown, Connecticut-based marketing and analysis firm.

The country first announced its plan to buy new attack helicopters in 2012, he said. Three teams have announced their intent to compete: Leonardo/PGZ with the AW249, Boeing with its AH-64E Apache Guardian platform, and Bell with the AH-1Z Viper rotorcraft.

No requests for proposals have been released to date, but the program could cost well over $1 billion, Darling said. Poland has boosted its military budget in recent years, and its 2018 budget is over $11 billion, he added.

“This is expensive … but I don’t think this is a program that would be sunk by cost,” he said.

Should Leonardo win the Kruk competition, companies within the PGZ group will share manufacturing and servicing work, according to the company statement.

Darling noted that Poland’s Ministry of Defence will want a portion of the manufacturing and sustainment workshare to be done locally.

The AW249 will have a maximum takeoff weight of between seven and eight tons, and be able to carry over 3,900 pounds. Its mission system will be able to operate and manage unmanned aerial systems and feature a number of situational awareness aids to reduce pilot workload and increase safety, according to Leonardo.

The helicopter will possess a turreted gun, a flexible weapon system with six wing-store stations to allow it to carry a combination of air-to-ground missiles, air-to-air missiles, unguided or guided rockets as well as external fuel tanks. It will also possess two engines to allow for operations in all environmental conditions, the company noted.