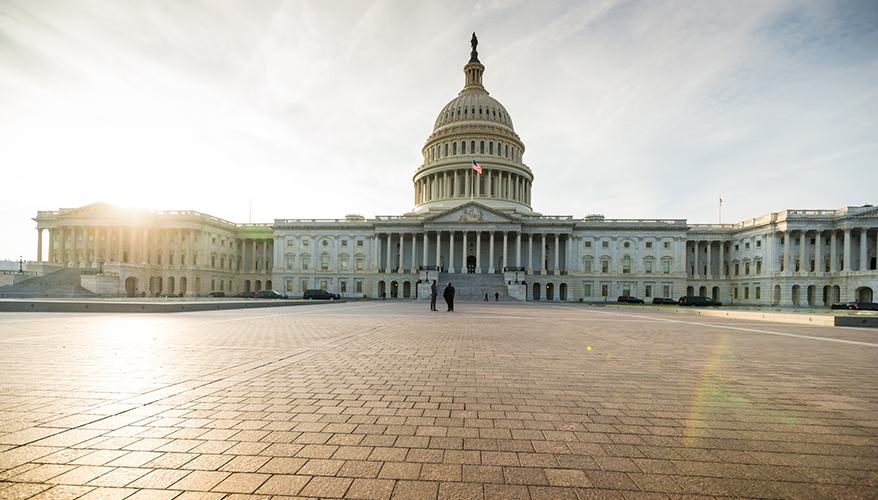 The provisions of law related to defense acquisition codified in Title 10 of the United States Code are a mess. While acquisition reform has become a perennially popular legislative effort, “reform” has frequently meant enacting more new laws rather than reorganizing the laws we have.

Congress enacted no less than 265 acquisition-related provisions in the National Defense Authorization Acts for fiscal years 2016, 2017 and 2018, codifying many of them in Title 10. But few people know how to sort through the cluttered code to find them.

When Title 10 was codified in 1956, the drafters did not anticipate where the growth would take place. Part IV of Subtitle A, “Service, Supply, and Procurement,” houses most of the acquisition statutes, and the house is full and in disarray. Lasting positive effects of ongoing reform efforts like those coming from the Section 809 Panel will be limited without a coherent, organized and transparent structure in which to integrate recommended legislative changes. In the immortal words of The Doors, “The time to hesitate is through.”

Not since the passage of the Armed Services Procurement Act of 1947 have all the provisions governing Department of Defense acquisition been contained within an organized, logical structure.

Over the last 60 years, Congress overloaded Part IV of Subtitle A as it added section after section to the code. Perhaps worse, myriad “note” sections have been added over the years as Congress enacted long-term or permanent provisions without actually amending the code.

The number of these note sections has ballooned over time as Congress authorized short-term pilot programs and reporting requirements that all needed homes somewhere within the code. Some more permanent provisions of law—enacted through the annual defense authorization acts—have also been buried as note sections under existing sections of the law. The 2018 NDAA alone included approximately 35 new defense acquisition-related provisions that have become note sections, with the John S. McCain Fiscal Year 2019 NDAA adding about 25 more. Not all of these notes are permanent provisions of law, but one must sift through the administrative note section to locate the ones that are of substance.

A miniscule number of specialized attorneys and policy makers within and without the department understand what these notes mean and where they are located. Few attorneys even recognize that the notes are indeed law, just like the section of code to which they are appended.

The Section 809 Panel has proposed a rational statutory structure to replace the confusion and clutter resulting from the code’s buried note sections and rambling organization. Among the nearly 250 sections of law related to defense acquisition in Title 10, the panel identified over 350 substantive note sections, recommending that Congress delete 100 of them. Congress acted on this recommendation in the fiscal year 2019 NDAA by deleting 60 such note sections. This decluttering was done in conjunction with the first step to developing a new logical structure for current and future content.

Congress gave the panel a green light for this comprehensive reorganization in the conference report to the 2018 NDAA. The report noted that a “relatively narrow repeal of an outdated program in title 10 . . . should encourage a future, wider effort to reorganize and optimize the entirety of acquisition law.” We have been presented with a once-in-a-generation opportunity, and we have seized it.

The recently signed NDAA for Fiscal Year 2019 initiated this effort, with the Joint Explanatory Statement admitting that “the structure for acquisition-related statutes in title 10 has become unwieldy and inadequate.” The bill created a new “Part V” within subtitle A, General Military Matters, along with the organized chapter structure that will later be filled with the relevant provisions. To provide room for these provisions, elements of the code immediately following the current Part IV were renumbered.

Re-designation is necessary because there is no more room in subtitle A, evidenced by the proliferation of note sections and the invention of a baroque numbering system (e.g., 2366a, 2371b, 2374a, and even 2410s). Note sections that should remain on the books will be codified as new Title 10 sections under a logical and intuitive revised chapter structure. The re-designation will also provide room for Congress to reorganize or consolidate statutes related to other topics of general military application.

The task of restructuring these statutes requires significantly more effort than a simple cut and paste. Though the intent of this project is not to make any substantive changes to the legislative language, it will include breaking up some long sections of the code into more manageable sections and making technical updates.

Another feature of the restructuring is to work toward a final product that, where practicable, will restore much of the parallelism with Title 41, the acquisition statutes applicable to non-defense agencies that existed before Title 41 was codified. In the future, companies that already do business with other federal agencies will encounter a more consistent statutory framework when they seek to do business with the Defense Department. More importantly, greater transparency into the laws that govern transacting with DoD may reduce a barrier into the defense market for innovative small businesses and non-traditional companies.

These structural changes come from the vision of two experts in defense acquisition legislation. The Section 809 Panel’s Legislative Counsel, Robert W. Cover, is a veteran of the office of the legislative counsel of the House of Representatives. Cover has over three decades of experience drafting defense legislation in support of the House Armed Services Committee.

The mission of the acquisition system is complex, and the stakes are high. DoD must acquire the products, services, and solutions that will ensure lethality across the joint force and maintain whatever technical edge remains in relation to near-peer competitors. Too often, the practice of defense acquisition and federal procurement is perceived as more complex than its mission, obscured by byzantine requirements and shrouded in secrecy. This perception seems confirmed by the current lack of organization and structure in the laws governing acquisition.

The tools that support the defense acquisition system need to be simple and effective, not impediments to work around. Reorganizing Title 10 is one of many bold recommendations from the Section 809 Panel that seek to restore agility and simplicity to defense acquisition. Simplifying the governing body of law is key to creating a system that is more transparent and accessible—and thus better able to meet DoD’s mission.

Cathleen Garman is a commissioner at the Section 809 Panel. Lt. Col. Sam Kidd is General Counsel and researcher at the panel, and an Air Force Judge Advocate. Eric Valle recently completed a legal internship with the panel and a law degree from George Washington University.