The STEM Pipeline Will Only Grow Smaller 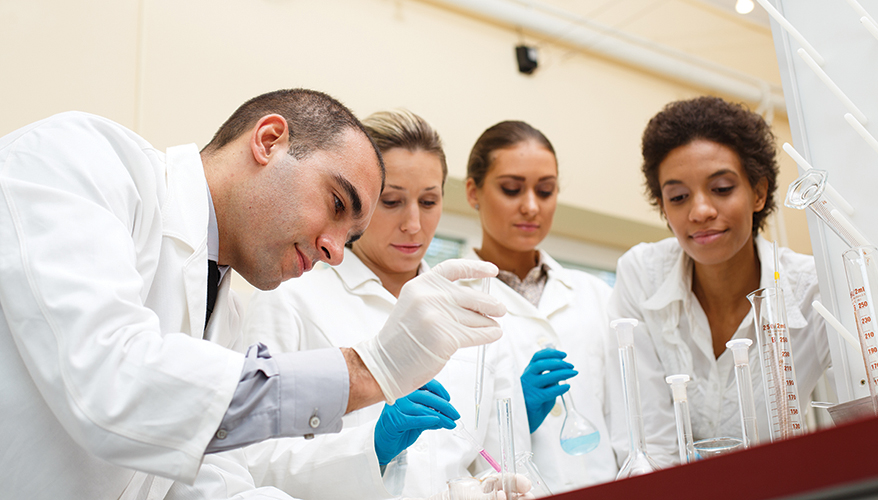 It has been nearly 20 years since the STEM acronym entered the public consciousness.

Science, technology, engineering and math. The alarm was sounded: the nation was not doing a good enough job producing the expertise needed to fill jobs in these fields.

For the defense industry, which needs a steady stream of young experts to replace the baby boomers, the problem remains particularly acute since it has the added burden of requiring security clearances.

The defense industry stepped up and has donated large sums of money — and something even more valuable: executives’ time — to the cause.

There are rocketry challenges, robot competitions, hackathons, space camps and other programs hoping to inspire students to take on these professions. School districts created magnet programs. Daycares, attempting to lure in well-heeled parents, set up STEM education for their pre-schoolers.

Congress regularly passed legislation to tackle the problem. There are currently 163 federally funded STEM programs created by legislation, according to the Government Accountability Office.

Education is a data-driven field and there is little evidence to indicate that any of these initiatives are working. Of those 163 federal programs mentioned, GAO said in a March report that virtually none of them have been studied to see if they are effective.

So, are these programs widening the pipeline of young people going into STEM-related fields? That was a question at a recent STEM conference sponsored by the Air Force Association’s D.W. Steele Chapter, where I moderated two panels.

David Clary, a senior associate at Booz Allen Hamilton, and one of the panelists, said he has at present more than 100 aerospace engineering positions he needs to fill, and can’t. This is only anecdotal evidence that more needs to be done, but a surprising number nonetheless.

The nation has always had — and will always have — a certain number of students who have the natural talent and the passion to enter these fields. The problem is that it needs more of them.
And from the looks of the current political climate — namely the anti-immigration policies being propagated by the current administration — the pipeline will only become smaller.

Immigrants have long been the lifeblood of these vitally important fields. There are many examples. Start with the refugee Albert Einstein and work forward to Wernher von Braun and his crew of German rocket scientists. Robert Oppenheimer’s father came to America with no money, no education and didn’t speak a word of English.

Today, we have Elon Musk from South Africa, Walter O’Brien of Scorpion fame from Ireland, and countless others who aren’t household names. Of the last 100 “Americans” to receive a Nobel Prize, 32 were born in another country. Other less famous examples could fill the pages of this magazine.

The point of this column is not to debate the plusses and minuses of illegal immigration’s impact on the nation’s economy and society. There are arguments on both sides.

But of the hundreds of children being held in detention at the time of this column’s writing, how many are math geniuses? How many are potential scientists, computer programmers, or aerospace engineers? How many of their children, or children’s children will go on to be?

That is only one half of the picture. For the current administration wants to sharply curb legal immigration as well. Here are the figures compiled in a recent Chicago Tribune column by Cato Institute analyst Alex Nowrasteh.

The Trump administration has released new compliance rules, documentation requirements and other regulations for H-1B work visas. Applications have dropped 20 percent. It intends to take away work permits for the spouses of H-1B applicants, some of whom have STEM skills.

The hostile climate here may have contributed to a 17 percent drop in 2017 in the number of foreign students at U.S. universities. These institutions have come to rely on these students’ tuitions, and they are allowed to work here legally for up to three years after graduation.

The administration has cut by 75 percent the number of refugees taken annually from all countries.

It has managed to ban visas issued to residents of five predominantly Muslim countries, plus North Korea and Venezuela, in the name of preventing terrorists from entering the United States. This policy might keep a few bad apples out of the country, but it might keep future Nobel Prize winners out as well.

And while it’s true that recent immigrants, H-1B visa recipients or foreign graduate students may not have what it takes to obtain a security clearance, their absence only creates more competition for talent.

I wanted to bounce the idea off the panelists to see if they agreed with the hypothesis that the STEM pipeline will only grow smaller if these immigration policies continue, but I ran out of time.

Re: The STEM Pipeline Will Only Grow Smaller

My father was a WWII era German immigrant who obtained his Phd at the UofCA and then did postdoctoral work at CALTech where we worked with Japanese-American scientists interned in camps in the CA desert. He then went on to work on the Manhattan Project. On top of what has already been mentioned immigrants bring with them the empathy of the struggles of being an immigrant. My father spent most of his professional academic career helping immigrants and less advantaged students find academic jobs as well as getting them into post graduate programs. The sad thing happening right now is that many foreign students who get graduate degrees in the US can not find jobs due to immigration regulations and security reasons.