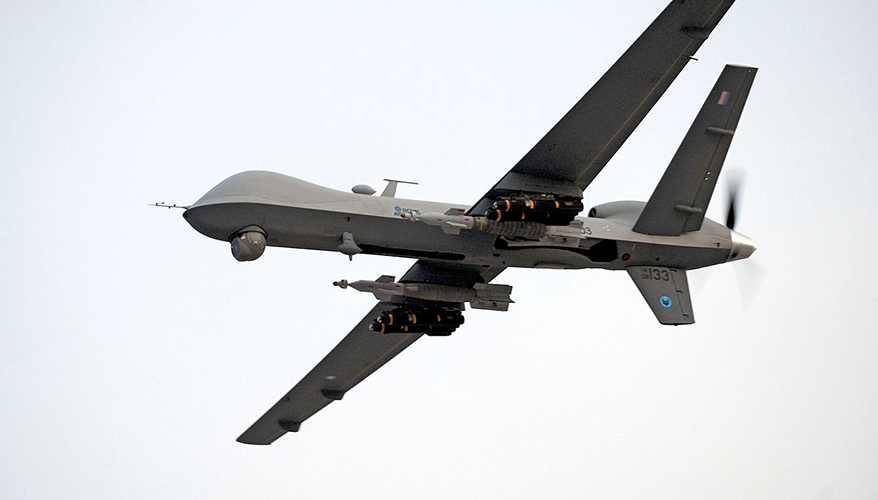 The Trump administration is trying to make it easier to sell arms such as unmanned aerial vehicles to foreign countries.

The Trump administration plans to maintain a sustained dialogue with industry as it implements its new policy to sell arms overseas, a State Department official said Aug. 8.

“We had said when we started on this process that we were not just going to be looking for input to the implementation plan, write the plan, put it out there, and then say, ‘Thanks, we’re done, talk to you all later,’” said Laura Cressey, the deputy director for regional security and arms transfers at the Department of State.

“We really do want to make sure that this is just the beginning of our engagement and we continue to reach out to folk,” she said at Center for Strategic and International Studies panel titled "U.S. Arms Transfer Policy: Shaping the Way Ahead."

President Donald Trump directed the secretaries of defense, commerce and energy to submit the conventional arms transfer implementation plan within 60 days, which they did July 13, said Ambassador Tina Kaidanow, acting assistant secretary of state for political-military affairs. Since its release, Kaidanow and officials from the executive branch have met with stakeholders from industry, civil society, and congressional staffers to align the implementation plan with “real world” challenges.

The initiative includes working with partners and allies to identify critical capability requirements and “energizing” a whole-of-government effort to expedite arms transfers that support national security objectives; improving the United States’ ability to compete with adversaries by providing allies and partners with alternatives to foreign defense articles; increasing the competitiveness of U.S.-made systems; and updating and revising the regulatory framework, according to a State Department fact sheet.

“The plan represents an integrated strategy, one that aligns our conventional arms transfers with our national security and economic interest,” Kaidanow noted. The goal is "ensure that U.S. products can win in the competitive global market place," she added.

“In the national implementation plan, the third line of effort calls for “creating conducive environments through engagement with Congress, industry, international partners, and other stakeholders to foster the efficient operation of the U.S. defense trade,” Kaidanow said.

Cressey said there have been — and continue to be — roundtable meetings with associations, large and small, to ensure that their input is received.

Keith Webster, president of the Defense and Aerospace Council of the U.S. Chamber of Commerce, said: “Our defense industries ensure that innovation continues to progress … innovation comes from revenue. Our defense industries lead in innovation. We need our industries to remain vibrant, to reinvest that revenue as they do, and research for next generation capability for our forces and our allied forces to dominate on the battlefield tomorrow.”

Kaidanow said: "The release of the new policy was only the first step in the series of what we believe will be very practical initiatives to transform the way the U.S. government works to support and grow our defense industrial base."