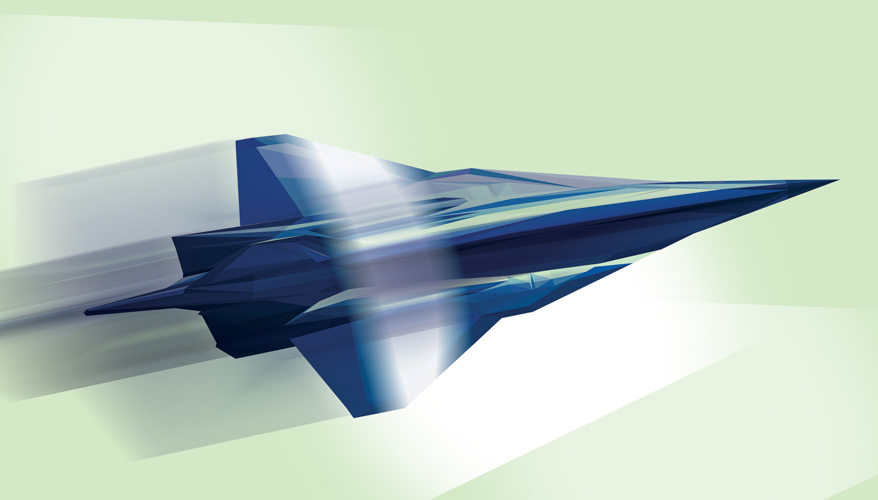 National Defense magazine asked research laboratories involved in national security programs: “What is your organization’s number one R&D ‘big bet,’ (in other words: a high-risk, high-reward technology investment) that you believe will have the biggest payoff for those in the military or national security realm? Why? And in what ways do you think it will benefit the end users?” 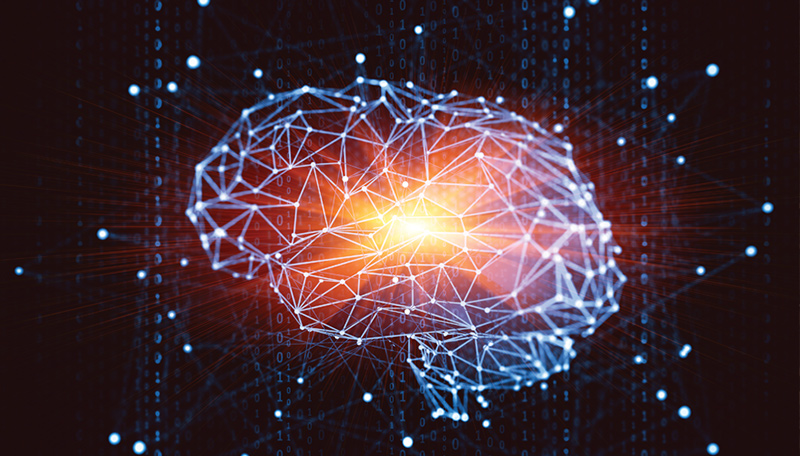 Over the next six years, the National Nuclear Security Administration’s Sandia National Laboratories will invest $35 million from the congressionally authorized Laboratory Directed Research and Development Program into the development of an autonomous hypersonic flight system.

Similar to a self-driving car, which uses cameras to perceive traffic, artificial intelligence to process that information and robotics to navigate to its destination, we will build a self-guided glide vehicle. This flight system will make automatic, in-flight course corrections that can compensate for atmospheric conditions or home in on a moving target, while traveling in excess of one mile per second.

The technology we develop will also cut down mission planning time, sharpening our military’s ability to respond to fleeting threats.

Sandia has a history of developing pathfinder flight systems, and we believe autonomy will overcome limitations of today’s state-of-the-art hypersonics, which currently fly fixed, pre-computed trajectories. A flight plan is calculated in precise detail to include a host of variables — including defenses we will encounter, heat and resistance from the atmosphere, and, of course, the location of the target.

If any one of those variables changes, our warfighting ability can be diminished. This scenario is becoming increasingly likely. Other countries have reported aggressive development of their own hypersonics programs, and the nature of threats from rogue states and non-state actors is constantly changing.

In contrast, an agile hypersonic weapon that adapts to the unexpected will help the United States maintain its edge over adversaries, allowing us to effectively respond to threats anywhere in the world without putting our war­fighters at unnecessary risk.

Our task will require new computational tools. To teach a vehicle to react to its environment in real-time at hypersonic speeds, Sandia must develop algorithms that compress 12 hours of calculations and weeks of expert analysis into a single millisecond, and do so on a relatively small, onboard computer. This will be landmark technology that will reduce the time to create a comprehensive flight plan prior to launch from weeks to minutes.

Success will also depend on planning a safe, effective way to use artificial intelligence to make decisions, particularly in pre-flight stages. Sandia is building our hypersonic technology for “human-on-the-loop” operation, in which a human analyzes recommendations calculated using artificial intelligence before authorizing them. This operational model aims to pair a machine’s computational speed with a human’s critical thinking ability, harnessing the strengths of both while providing necessary control and safeguards.

The incredible speed of travel and challenging flight environment make hypersonics one of the most challenging applications for autonomy, but the questions we’re asking are shared by our counterparts throughout the artificial intelligence and machine learning communities. For instance, researchers outside of Sandia are seeking strategies to teach drones to land safely in an emergency, like a sudden engine failure.

That’s why Sandia is working hand-in-hand with experts in AI throughout academia and defense. We believe that when we address mutual challenges in an open, collaborative spirit, we help spread new ideas and technologies to industries well beyond defense, making autonomous systems from unmanned aircraft to self-driving cars safer and more efficient. 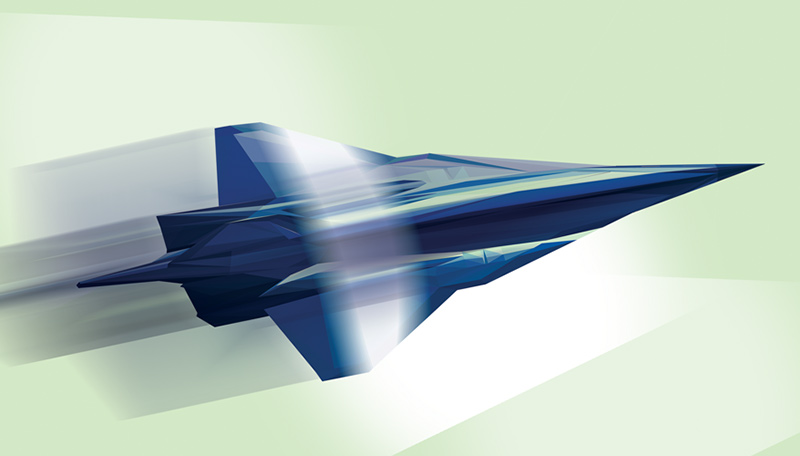 The Defense Department ranks hypersonic propulsion as its number one technical priority. Foreign superpowers also are developing the technology because hypersonic vehicles flying at Mach 5 could avoid detection, tracking and interception.

Flying at Mach 5 or faster requires propulsion systems different from those of modern aircraft. Argonne’s hard X-ray capability, called the advanced photon source, sees through hardware components into the inner workings of a hypersonic jet engine to unravel the mysteries of complex flows and combustion without disrupting performance. This capability provides a path to the optimum design of hypersonic systems.

Argonne’s research also informs the design and manufacture of exotic composites and ceramics that help hypersonic aircraft withstand the stresses created by atmospheric drag. It’s difficult to predict the behavior of such materials under actual operating conditions. Our expertise in experimentation and high performance scientific computing allow us to predict the performance of engineered materials before full-scale flights take place.

Some hypersonic jet engine components can only be produced using additive manufacturing, also known as 3D printing — another leading area of Argonne expertise.

The mesoscale structure of materials produced via additive manufacturing determines their bulk properties, which are very different from the structures that result from conventional production methods. The advanced photon source can actually image the solidification of the metal as it happens, permitting the instant modification of the printing process to enhance the desired properties.

The advanced photon source also reveals hidden features in jet engine components. Manufacturers need to characterize each part every time they make one. But there’s such variability in parts production that destructive evaluation of a sacrificial part provides little insight about the next part. In situ X-ray inspection by the X-ray advances the understanding of component performance while also helping to resolve the mysteries of additive manufacturing, which in many ways remains a poorly understood process.

We are exploring the possibility of combining the in situ characterization approach with machine learning — teaching a computer to learn from experience — to obtain better results.

The Argonne Leadership Computing Facility at Argonne is among several Department of Energy facilities that lead the nation in developing next-generation supercomputers. Our ALCF team simulates the science and engineering of hypersonics at multiple scales. We have, for example, produced the most computationally intensive simulations of fluid dynamics to understand the phenomena at a resolution finer than we can measure, providing fundamental insights impossible to attain by experimentation alone.

We partner with industry and academia accelerating hypersonics innovation. In this way the Energy Department’s national laboratories not only help solve the nation’s biggest problems, but they also make the U.S. defense industry more competitive in the world marketplace. 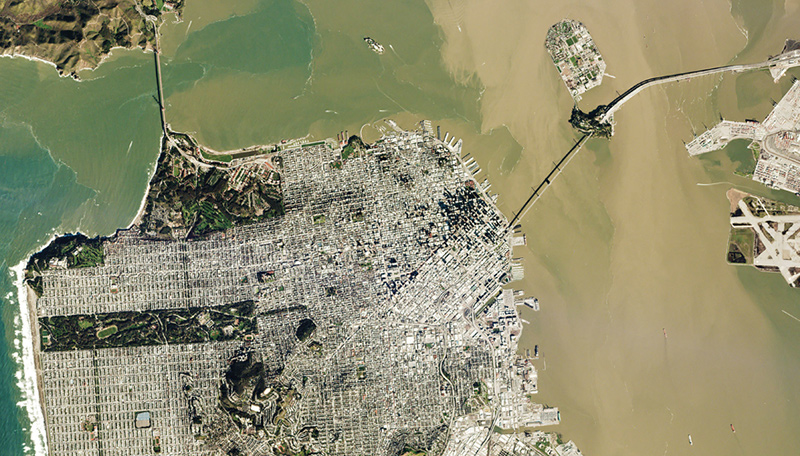 The nature of research and development has changed fundamentally over recent decades. One of the most challenging changes from a national security perspective has been the shift from a predominantly government-funded and owned research environment to an ever-increasing preponderance of commercial funding.

This shift means that the U.S. national security enterprise must be able to quickly leverage emerging technology to maintain the technological military advantage we have enjoyed over the last 70 years. Unfortunately, today our potential adversaries have shown themselves more agile in taking technology and fielding new systems based on it. The MITRE Corp. is committed to reversing this troubling trend.

One area where there is a clear need for leveraging emerging technology is in the new model for space systems pioneered by the commercial sector. Today, Planet, a small company, operates roughly 200 satellites that image the entire land mass of the Earth every day. Another company, DigitalGlobe, has a Worldview-03 spectral system, for example, which can be used to detect and identify materials based on their spectral properties.

SpaceX is developing launch vehicles that are dramatically changing the cost to orbit and a variety of companies are exploring options for cheaper launch of small payloads. SpaceX and OneWeb are planning very large constellations to provide high bandwidth communications around the globe. Another rapidly evolving technology area is artificial intelligence, particularly in the fields of deep learning and human language technology.

These technologies are becoming ever more prevalent in consumer products, from self-driving cars to home control systems. In both cases, though the U.S. national security enterprise has recognized the allure of these technologies, it has not been able to adopt them at any scale to address critical defense mission challenges.

MITRE is making significant internal investments to address this gap. It has identified, in partnership with its national security federally funded research and development center sponsor, a short list of some of the most pressing mission challenges faced by the Defense Department. It is finding ways to combine emerging AI and new space technologies to help solve some of these pressing challenges.

Data from new commercial space-based Earth sensing systems can be processed at scale, taking advantage of the huge data volumes, using deep learning techniques to understand how infrastructure is evolving in critical regions. MITRE is leveraging all the work done here by the commercial sector, but applying it to signatures specific to the national security mission set.

Advanced algorithms can be applied to novel commercial sensing techniques to locate unique signatures across wide areas. These approaches can help provide situational understanding within tactically relevant timelines. The center is also investigating how to use deep learning and AI-produced contextual information to enable ever smaller unmanned air systems to provide useful capabilities in challenging environments.

In these ways, MITRE hopes to greatly enhance the ability of our national security enterprise to take advantage of the full range of research and development activities taking place across the nation and the world. 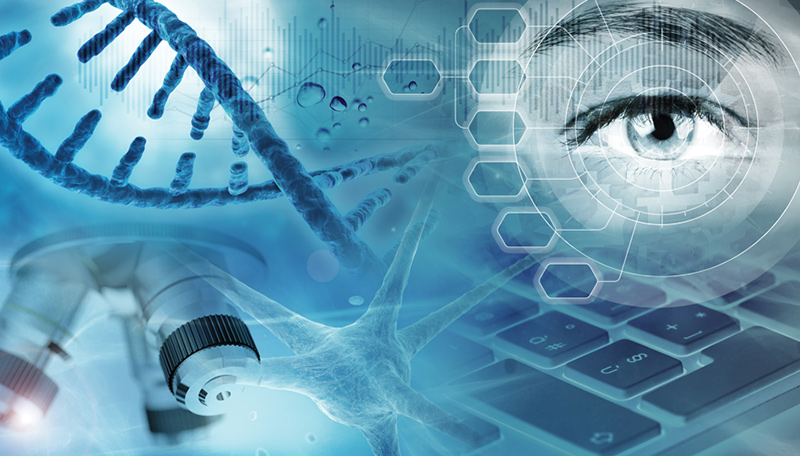 There is no domain of national security that causes me more anxiety than biological threats — whether natural, accidental or malicious. A century ago, a single virus caused over 50 million deaths in a 12-month period. Quantitatively, the Spanish flu was the most severe mortality event in human history — more severe than any war or famine.

Today we’re still vulnerable to such pandemics. What has recently changed is the ease for an individual or group to cause a pandemic, whether out of malice or out of carelessness. Last year a few researchers used commercially available tools to synthesize a pox virus for $100,000, demonstrating that the equivalent of a hydrogen bomb can be built on the cheap.

The Intelligence Advanced Research Projects Activity has been investing in new technologies to increase biosecurity, including methods for detecting disease outbreaks, tools for assessing the risks of DNA sequences and bioforensics approaches to detect engineered threats. I hope that most of these tools will never be needed.

Read all the responses in the August issue of National Defense magazine and learn more about R&D priorities at NDIA’s Army Science and Technology Symposium and Showcase, Aug. 21-23 at the Walter E. Washington Convention Center, Washington, D.C.

Some of the USA’s “hypersonic statuses” I have to question because are we REALLY behind China and Russia? We have the SR-72 under development and the Supersonic Transport Plane in addition to “donuts on a rope” ramjet propulsion sky photos and lots of Top Secret Black Programs that have been tested over the decades.

The USA tested the Waverider hypersonic testbed and the X-37B. The US Army tested LOSAT and C-KEM, which are both hypersonic anti-tank missiles at Mach 6.5+. So…eeehhh…am I missing something here? We already have hypersonic compact missiles before anyone else, really. C-KEM was tested in 2006-2007, and now the Department of Defense says that we’re behind Russia and China and requires more funding to “catch up?” Something doesn’t quite make sense or computes. Why can’t we scale up C-KEM or field it? C-KEM was tested and it works.