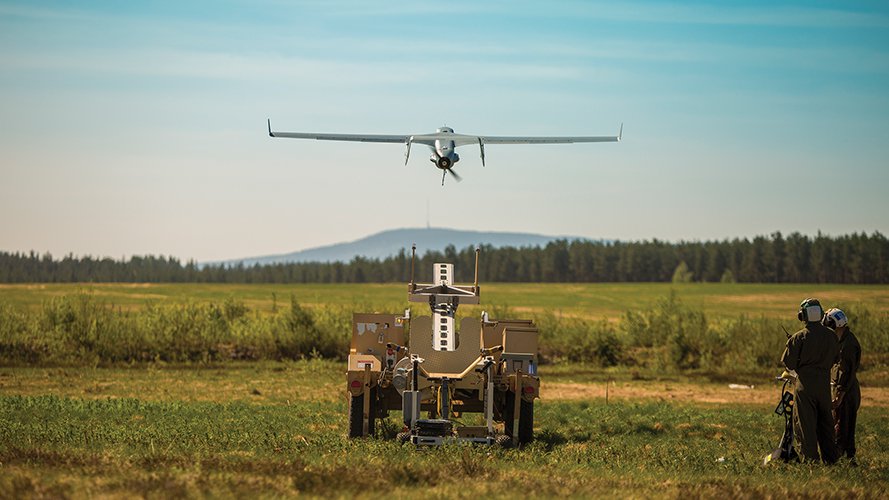 Spending on unmanned systems across all domains of warfare is expected to receive a major bump in the next fiscal year, a new report found.

The 2018 national defense strategy highlighted autonomy and robotics as top acquisition priorities for the Pentagon.

“Unmanned systems and robotics are key technology areas that enable the U.S. to counter the range of evolving threats posed on the modern battlefield,” research analyst David Klein said in a recent report released by the Association for Unmanned Vehicle Systems International.

The Defense Department funding request for unclassified programs related to these technologies increased 28 percent in 2019 to $9.6 billion, Klein said in the study, “Unmanned Systems and Robotics in the FY 2019 Defense Budget.”

That amount includes $4.9 billion for research, development, test and evaluation projects, and $4.7 billion for procurement. The budget blueprint calls for spending almost $7 billion in 2019 on unmanned aircraft, $1.3 billion on unmanned maritime vehicles and $700 million on ground robots.

“Each service shows growth from FY 2018 to FY 2019, with the Navy experiencing the largest increase at over $1 billion,” the report said.

The Navy would invest nearly $4 billion, the Air Force nearly $2.5 billion and the Army more than $2 billion in unmanned technology. Other Defense Department components would spend more than $1 billion, according to the study.

Earlier this year the Navy released a new strategic roadmap for unmanned and autonomous systems.
Integration of unmanned and autonomous capabilities offers many advantages such as: reducing risk to personnel; greater endurance and range; improved speed and accuracy of data processing; and supporting faster decision-making, the document noted.

“Unmanned and autonomous technologies will become a powerful and ubiquitous force multiplier in an integrated human-machine team,” it added.

The other services have also developed blueprints for utilizing manned-unmanned teaming.

The Senate version of the 2019 National Defense Authorization Act would authorize about $225 million more than the Pentagon requested for spending on unmanned capabilities. However, the House version of the legislation calls for approximately a $263 million cut, according to data from the study.

As of press time, House and Senate lawmakers have gone into conference to negotiate a compromise NDAA. Congress has yet to reach agreement on a final defense appropriations bill to fund the programs.

Pentagon Gets $7.5 Billion for Unmanned Systems