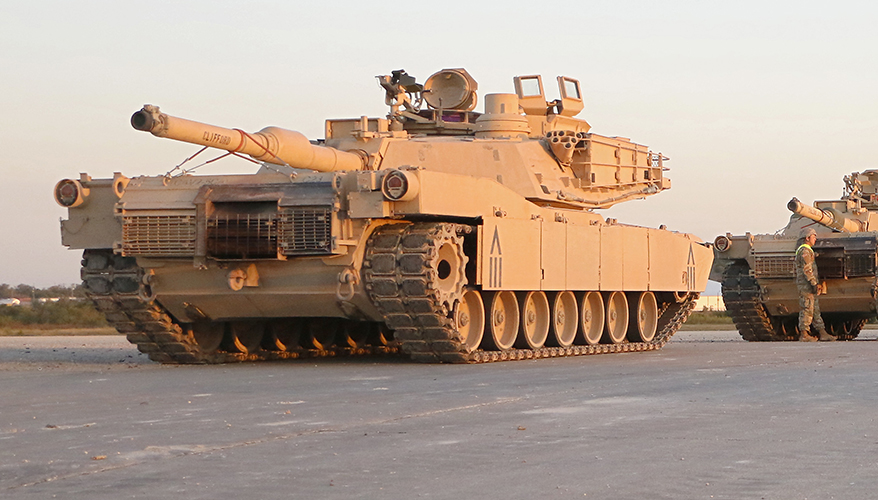 WILMINGTON, Del. — Documents call for the Army to be a “modernized” force by 2028, but that won’t be the case for all of its vehicles, aircraft and other equipment, a senior service official said July 24.

“At the end of the day, for the Army, there are limited resources and enormous competing demands,” said Col. Christopher J. Cox, director of materiel, G-8, at the National Defense Industrial Association’s CBRN Defense Conference and Exhibition. It is an expensive proposition to equip 1.2 million soldiers, he added.

Service leaders sees a world where peer competitors have taken advantage of the Army doing little modernization during the past 15 years, and are closing capability gaps. That puts at risk the service’s ability to overmatch opponents, he said.

The Army has identified six top modernization priorities: long-range precision fires; next-generation combat vehicle; future vertical lift family of helicopters; the network; air-and-missile defense; and soldier lethality. It is establishing a Futures Command and cross-functional teams to tackle modernization issues, and the acquisition pitfalls that have led to dead-end programs that have cost taxpayers billions.

Army Secretary Mark Esper in March declared that the service would be fully ready to deploy, fight and defeat opponents “decisively” by 2028. It will do so with modernized equipment, “exceptional” leaders and soldiers with unmatched lethality, he said.

Cox said that does not mean that the entire Army will be modernized by 2028. The process will be a “rolling modernization," he noted.

“Everything we are doing in the Army right now is about 2028 [and] how we interoperate. Not only are we going to defeat, we are going to deter simultaneously. There is going to be a mix of manned and unmanned ground systems,” he said. Yet they will all be competing against each other for resources, he added.

The Army will strive for the 2028 goal but there will likely be different modernization “levels” because of limited funding, Cox said.

One example is the M-1 tank, which was fielded in the 1980s but has not been replaced.

“We will continue to modernize the M-1 tank until we see the next one,” he said. However, “there is no doubt a line in the sand for the Army where we will stop modernization, because it really boils down to resources.”

As far as acquisition, “slow is not good right now for the Army. If the answer comes back that it is going to take us until 2030 ... that is not fast enough,” he said.

Lt. Gen. Paul A. Ostrowski, principal military deputy to the assistant secretary of the Army for acquisition, technology and logistics and director of the Army acquisition corps, said July 25 at the conference that Congress has given the Army big budget plus-ups in fiscal years 2018 and 2019, but beyond that, the future is unknown.

“We have the next two years to get after modernization. What happens in ‘20 and beyond is anybody’s guess. ... Sequestration could kick back in and we’ll find ourself in a bad position yet again,” he said. “We hope that’s not the case, but we have to prepare for it.”

Ostrowski, when asked about Cox’s comments, clarified that the top six priorities will be fully funded. Senior leadership underwent an arduous process of reviewing some 800 programs of record to see what was truly needed so funding could be moved to make sure the top six modernization needs had adequate resources, he said.

As for the top six, “all of them are going to be funded to the topline that they have asked for,” he said. "They are going to be 100 percent funded." The Army will just have to go out and find the money needed, he added.

Ostrowski noted that the top-six list was created in order of importance. In a resource constrained environment, long-range precision fires would be the No. 1 priority, he said.

Editor's Note: The top six priorities are at the forefront of discussions that Gen. James McConville, the Army’s vice chief of staff, and a cadre of experts will address at the Army Science & Technology Symposium and Showcase. Taking place Aug. 21-23 at the Walter E. Washington Convention Center in Washington DC, the Army and NDIA will present this event. Technical sessions will discuss more than 100 specific subjects that address the science and technology needed to meet the goals. For more details, visit http://www.ndia.org/events/2018/8/21/army-science

Re: Army Official: Not All Equipment Modernized by 2028

...But a spokesperson later clarified that all of the 1903 Springfield rifles, while not completely modernized themselves, will each receive a new bayonet.