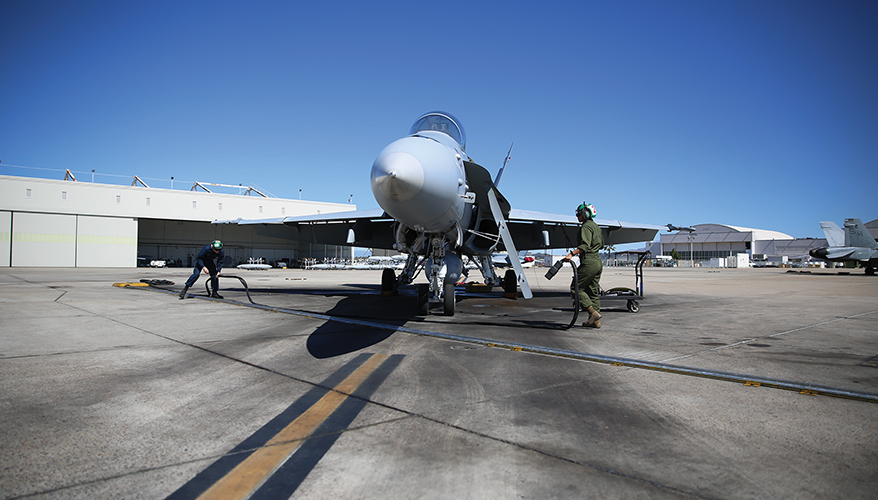 With the military aviation community facing what some lawmakers have deemed a readiness crisis, the House Armed Services Committee voted in May to authorize $2.8 billion for the procurement of spare aircraft parts for the Navy, Marine Corps and Air Force, in fiscal year 2019.

In total, the committee’s version of the 2019 National Defense Authorization Act calls for $21.8 billion for equipment maintenance and $3.7 billion for spare parts for the military, a $928 million increase over the fiscal year 2018 omnibus bill that Congress passed in March.

A significant portion of the Navy and Marine Corps’ air fleet, in particular, has been unready to fly in recent years.

“The committee is concerned by the rate of non-mission-capable aircraft due to issues with supply of parts and spares,” the HASC readiness subcommittee said in its markup. “The committee is aware of numerous examples of aircraft that have been non-mission capable for several months waiting for the arrival of a part.”

Marine Corps Commandant Gen. Robert Neller said the No. 1 reason aircraft are not ready is because of a parts shortage. “We know we need to fly more. We know we need to have a consistent parts support,” he said at a recent Pentagon press briefing.

Navy Secretary Richard Spencer said long-term funding is needed to beef up the supply. “Filling up a parts bin does not happen in one fiscal year cycle,” he said. “We need to send a signal to industry that we need the parts on a consistent basis, so they make the investments to make the parts.”

As of press time, the full House of Representatives had yet to vote on the NDAA, but it was expected to do so by early June.

The Senate Armed Services Committee was scheduled to complete its markup of the authorization bill in late May. In an exclusive interview, Sen. James Inhofe, R-Okla., told National Defense that improving readiness would be one of his top three priorities. Inhofe is expected to succeed SASC Chairman Sen. John McCain, R-Ariz., if he is unable to continue serving due to personal health issues.

Lawmakers from the House and Senate will later go into conference to negotiate a compromise bill. Topline spending has already been agreed upon, HASC Chairman Rep. Mac Thornberry, R-Texas, noted at a recent breakfast hosted by Bloomberg Government.

“There’s largely agreement on the importance of fixing our planes and ships and stuff, so there’s not anything that should slow us down” in hammering out the legislation, he said.