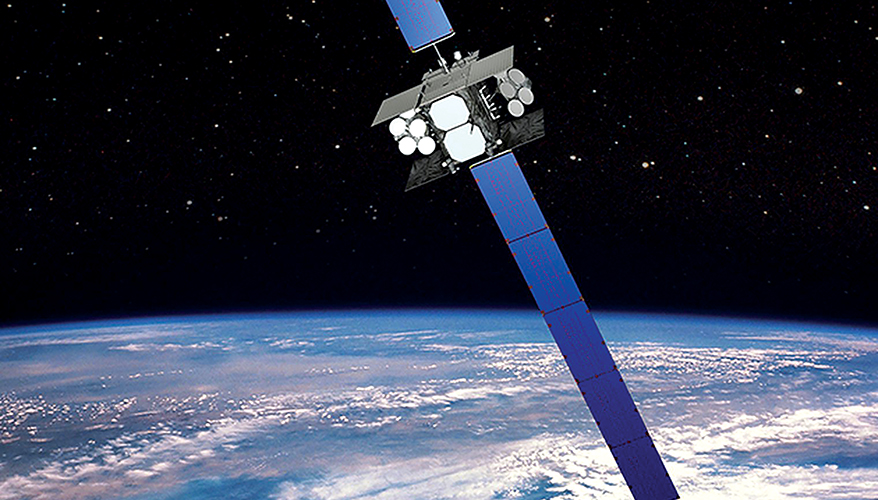 Secretary of the Air Force Heather Wilson, standing before a large crowd of government and industry officials, declared that the service’s space enterprise would dramatically cut the time it takes to develop a new satellite system.

The follow-on program to the space-based infrared system, which would normally take nine years to develop, will only take five years, she said April 17 before thousands at the Space Symposium, the world’s largest space conference in Colorado Springs, Colorado.

“As we change the way we do acquisition in the Air Force, the next-generation missile warning satellite will be a pacesetter and a pathfinder back to exceptional programs done at speed,” she said.

In June, the Air Force revealed that a next-generation protected satellite communications program would also be a “pacesetter” for its new way of doing business.

“Are you skeptical?” Wilson asked the audience.

Skepticism over the service’s ability to field space systems in a timely manner abounds. In June, President Donald Trump ordered the Pentagon to create a space force “separate but equal” to the Air Force.

While experts questioned whether a president could unilaterally create a new branch of the armed forces without the approval of Congress, the announcement served as a rebuke to the Air Force. Wilson and Air Force Chief of Staff Gen. David Goldfein had gone on the record strongly opposing the space force idea.

In the press room at the symposium, the professional skeptics in the media asked Assistant Secretary of the Air Force for Acquisition, Technology and Logistics William Roper when the clock starts ticking on the five-year plan.

“For me it starts once the program manager has the reins. The ‘reins’ means they have a vendor they are working with. They are in control at that point. So we start the clock, we get working and build as quickly as we can,” Roper said.

However, putting a weapon system on contract using traditional acquisition methods takes several years with requirements first needed to be written, then requests for information, the bidding process, and possible protests. It would seemingly take several years before the five-year timeline even kicked off, reporters noted.

Roper suggested in a separate interview later in April that he would employ competitive prototyping — a method he used when heading the Defense Department’s Strategic Capabilities Office — to cut down the pre-contract period.

The declaration came at a time with increased scrutiny on the Air Force and its space enterprise, with some key lawmakers expressing frustration with the service. They have gone so far as to propose a separate space corps to take administration of the domain away from the Air Force, a plan service leaders have strongly opposed.

For starters, he will “collapse” the cradle-to-grave stovepipes and establish a “chief architect” position to oversee programs.

It will have a “production corps” separate from a new “development corps,” with a renewed emphasis on innovation and partnerships, she said. The goal is to have everything in place by October.

Todd Harrison, director of the aerospace security project at the Center for Strategic and International Studies, said the space force announcement wouldn’t have an immediate impact on the SMC 2.0 plans.

“This should not affect the reorganization at SMC one way or the other. If a space force is eventually created, SMC would just be rolled in under it along with the rest of Air Force Space Command.

Depending on the scope of the new Space Force, SMC could eventually be merged with the space acquisition organizations from the other services, like the Navy’s PEO for space. But that would be years from now at the earliest,” he said.

About six weeks after the conference, and before the Space Force announcement Thompson fleshed out some of the changes that will take place, while pushing back on the notion that space acquisitions was “broken.”

“We are the best in the world in space. Period,” he said at an Air Force Association breakfast. “We historically have delivered best-in-class systems.”
SMC 2.0 was about making space acquisitions better, he said. Nevertheless, a survey of the center’s 5,000 employees revealed that they thought the system was “slow” and “bureaucratic,” he said.

To cut down on the time it takes to develop a new program, program directors — rather than the program executive officers they answer to — will be given more leeway to make milestone decisions on programs of less than $100 million, he said.

In addition to the production and development corps, Thompson said there will be an “enterprise corps” that will make decisions on launch, test and evaluation, and cyber — in other words, common items that every program needs across the entire space enterprise. An “Atlas corps” will do independent cost estimates, he added.

“It’s time to get rid of the industrial age model. We cannot manage our space environment like an old Soviet tractor factory,” he said. “We have to be more like a Silicon Valley model business.”

The Air Force is also beefing up its Operationally Responsive Space Office at Kirtland Air Force Base in New Mexico. It is being renamed the Space Rapid Capabilities Office, which will now report directly to Gen. John “Jay” Raymond, commander of Air Force Space Command, rather than the head of the Space and Missile Systems Center.

But a name change and a reporting change isn’t enough, said Thompson.

“The United States Air Force believes if you are going to call it an RCO, then make it an RCO,” he said. It will be a mirror image of the Air Force’s Rapid Capabilities Office and will tackle “highly classified” programs, he added.

SMC 2.0 will also have an opportunity to show that it can rapidly procure two additional Wideband Global Satcom spacecraft, WGS 11 and 12. Congress in the latest budget gave the Air Force funding for the follow-on satellites although the service did not request them, Thompson noted. WGS is not a highly protected system, and provides services similar to commercial communications satellites, so as long as the center has the funding, it should acquire them “as commercially as we can,” Thompson said.

“Why not take advantage of the opportunity to do something on a more commercial manner than a traditional DoD-Soviet tractor factory manner?” he asked.

Thompson also acknowledged that the follow-on to the space-based infrared system it is aiming to develop in five years is a lot like its predecessor, suggesting that there wouldn’t be much new development. The center wants to improve upon size, weight and power in the block 0 version and deliver equivalent capability. But “from a technical perspective — for block 0 of the next-gen, missile warning program — it is a lot like SBIRS,” he said. “The big difference is scheduling and time.”

As for Roper’s preference for rapid prototyping, the center will receive some added help as the Air Force increased the amount of a pot of money it can use to try out new technologies. The Space Enterprise Consortium uses other transaction authority contracts — which allows the military to give production contracts to companies who have successfully produced a prototype — without adhering to the cumbersome Federal Acquisition Regulation. Raymond announced in May that funding for the program would increase from $100 million over a five-year period to $500 million.

“It’s truly a rapid acquisition effort,” Raymond said at an Air Force Association event. “What you will see is the trend of wanting to be innovative, wanting to go fast and wanting to look at nontraditional partners. And that’s what that [increase in funding] reflects.”

All these changes will take a switch in mindset for those who develop space systems, Roper told reporters at a roundtable.

Traditional acquisition “means you begin with very little ability to try, experiment and discover upfront because you’re supposed to know everything. That’s how we make acquisition decisions. ‘Here is everything I know, and because of that, I am confident of what the future is going to be like, seven, eight, nine years from now.’ No one would build a high-tech thing like that,” he said.

“Acquisition historically is conservative to a fault. … The way you’re supposed to approach a schedule is basically not based on anything going right; it’s based on your knowing that even [with] things going wrong, that you will be able to contain your program in a certain schedule. So it begins very pessimistic,” he said.

“Now, just switching that mind frame and saying, I’m going to shift from being conservative to reasonable, realistic, allows us to sow in upfront prototyping, where we have multiple people working on sensors, so not just one where we are able to put our best schedule forward,” he said.

Wilson in her Space Symposium speech had her own ideas on how to change the mindset.

The Air Force has been the most aggressive of the services using contract vehicles such as other transaction authorities to “circumvent” the Federal Acquisition Regulation, she noted.

“It’s time to stop circumventing the bureaucracy and start rewiring it,” she said.

The new SMC 2.0 will be staffed with highly qualified personnel who understand how things work — and don’t work — in the Pentagon, she said.

“Their job is not to buy things, but to change the Pentagon rules on how we buy things so that speed is possible,” she said. For example, programs will still have an independent cost estimate, not two done sequentially, as is the case now, she added.

Roper said five years would be ideal to replace SBIRS, but admitted the plan might fall short.

“Five is our best. That is our world record. If we hit five to six years, that’s a gold medal. It’s a lot faster than nine. Six to seven: silver. Seven to eight: bronze. But any podium finish is better than what we would have done under traditional acquisition,” he said.

Thompson added: “If there will be space warfighting, we don’t want it to be a fair fight. We want to be the predator. We want to be the threat. We want the adversaries to respond to us versus the other way around. In order to do that, we have to re-architect how we buy our space materiel. … That’s what SMC 2.0 is all about.”

Harrison said: “I think it is becoming increasingly clear that the Air Force is not in the driver’s seat when it comes to reorganizing the military’s space capabilities. The efforts beginning at SMC and Strategic Command may be too late and too meek to satisfy Congress and the president.”