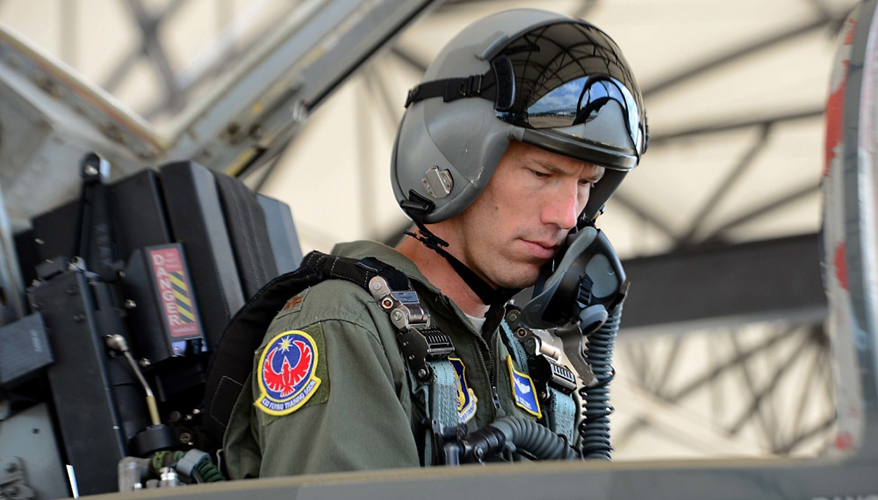 The Air Force should consider making greater use of contractors to deal with a major pilot shortage, a recent study concluded.

The service is facing a shortage of 2,000 pilots, 1,300 of which are fighter pilots. The shortfall comes at a time when the Pentagon is trying to prepare for high-end combat against advanced adversaries.

“It’s obvious that we don’t have the force structure or the capacity to be able to endure a protracted contest with a peer competitor,” said Heather Penney, senior resident fellow at the Mitchell Institute for Aerospace Studies. “Because we can’t fill our pilots [requirements] right now, there’s no way we’d be able to do that in an actual contested scenario,” she said June 18 during a press conference in Arlington, Virginia, discussing the findings of a new Mitchell Institute report, “Protecting the ‘Pipeline’: Overcoming the Air Force’s Pilot Shortage.”

Key factors contributing to the problem include lower than desirable retention rates for seasoned fighter pilots. Pilots have more lucrative options outside of the military when commercial airlines experience a peak in hiring, which is happening now, the report noted.

“If you look at those exit rates we’re seeing today of pilots going to the airlines … we don’t have the necessary training base to be able to repopulate that,” Penney said.

To enhance its ability to fill out the ranks, the Air Force should take steps to improve its training infrastructure, the study said.

The service aims to increase annual production of new pilots by 25 percent to 1,600 in the coming years, the report noted. Overcoming the “pilot crisis” requires new thinking in pilot production, the study said.

“In the nearer term, for pilot output to reach 1,600 a year, the Air Force is looking at outside help, which could mean using contractors or entering into new partnerships with public or private flying-training organizations,” it said.

“A surge in pilot production requires more instructor pilots. Because of this need, service leadership, as well as lawmakers, should not shun innovative uses of contractors in the training pipeline,” it added. Options range from contractor augmentation of the Air Force’s instructor component, to a contractor-managed undergraduate training base, the report said.

The Navy and Army already make significant use of contractors in their pilot training pipelines, it noted.

“A recurring theme in our research was a fear that increased use of contract instructors may degrade the quality of current graduates, especially in the process of enculturation and building warrior ethos,” the study group said. “Research during this study, however, suggested otherwise.”

Another point of emphasis from the study group was the need to keep the T-X advanced pilot training family of systems program on track. The Air Force’s legacy trainers are aging, the report noted.

“It is crucial that the Air Force fields the … T-X system on schedule and that this program delivers on time through its planned acquisition window,” it said. “[Air Education and Training Command] officials were clear that any delays would have serious ramifications.”

Schedule slippage would force the service to continue using decades-old and operationally deficient T-38s to train pilots to operate its most modern, sophisticated aircraft, the study said.

The Air Force anticipates the T-X reaching initial operating capability in 2024. The program has an expected value of $1.5 billion for the research, design, test and evaluation phase, as well as an estimated $18 billion in future procurement, according to the Congressional Research Service.

The “can’t fail effort” must be properly resourced by lawmakers, and the Air Force should do all it can to minimize the risks in fielding, the study said. “This point carriers greater weight since the Air Force finds itself at a time when producing pilots — and processing the organic capacity and flexibility to hike output, when needed — is taking on greater importance.”