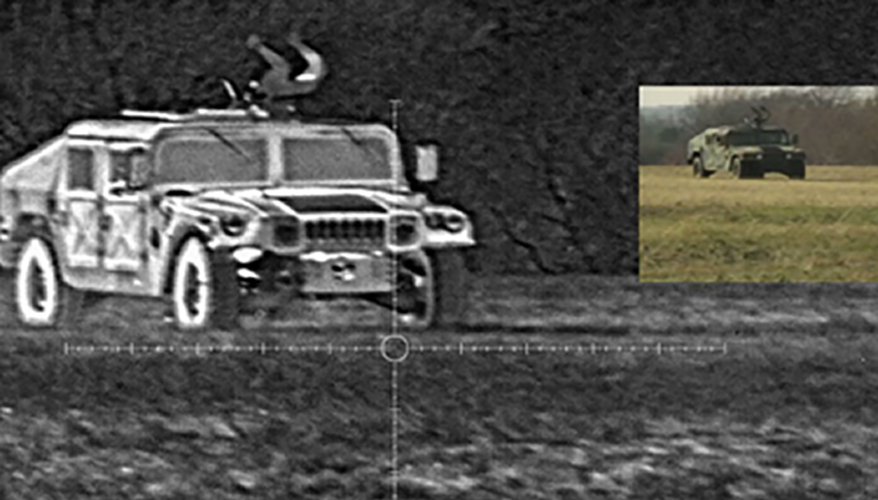 PARIS — Raytheon and Safran — a French electronics and defense firm — have signed a memorandum of understanding to collaborate on new infrared sight capabilities for NATO combat vehicles, the companies announced June 13.

Raytheon will combine its electro-optical technology with Safran’s inertial measurement unit technology to engineer, manufacture and deliver the latest forward-looking infrared, or FLIR, sights. The new systems will allow soldiers to see across long- and mid-wave bands simultaneously at long ranges with a stabilized line of sight, according to Raytheon.

The companies have been developing a joint partnership for the next-generation FLIR system for nearly two years, William “Ed” Thomas Jr., senior manager of business development at Raytheon Missile Systems, told National Defense in an exclusive interview at the Eurosatory air and land defense conference outside Paris.

“We’ve been working behind the scenes with Safran on … how we could leverage the capabilities of the two companies to start prepositioning that technology — which is just rolling into the U.S. inventory … to shape that marketplace for the NATO customers," he said.

This collaboration is expected to help U.S. and NATO forces see their targets more quickly and accurately than their adversaries, Thomas said.

The memorandum of understanding is between Raytheon, Safran’s global office and a U.S.-based subsidiary of Safran called Optics 1, Thomas noted.

Optics 1 designs a unique type of hemispherical resonating gyroscope “that will aid in the precision accuracy of some of our sensor systems,” he said. “There is a relationship between Raytheon and Optics 1 to leverage that technology [and] to improve the accuracy for … any of those products that need a very accurate gyro to be able to get a very accurate location for a target downrange.”

Those products could include any of Raytheon’s reconnaissance and surveillance products, such as the long-range advanced scout surveillance system, he noted. Raytheon is already under a separate contract to build next-generation FLIR B-kits for the U.S. Army by 2021.

Under the cooperative agreement, similar kits will be integrated with Safran’s Paseo advanced panoramic sight systems onto armored vehicles, as approved by the U.S. and French governments, Thomas said.

“We’re taking the existing assets within the U.S. Army and bringing them up to a higher capability by adding this technology into them,” he said.

Laurent Deur, Safran vice president of sales and marketing for land vehicles said in a press release: “This memorandum of understanding between Safran and Raytheon sets a strong collaboration that will deliver next-generation equipment to regional allies and provide overmatch against their adversaries.”