Turkey Expected to Invest in a Wide Range of New Weaponry 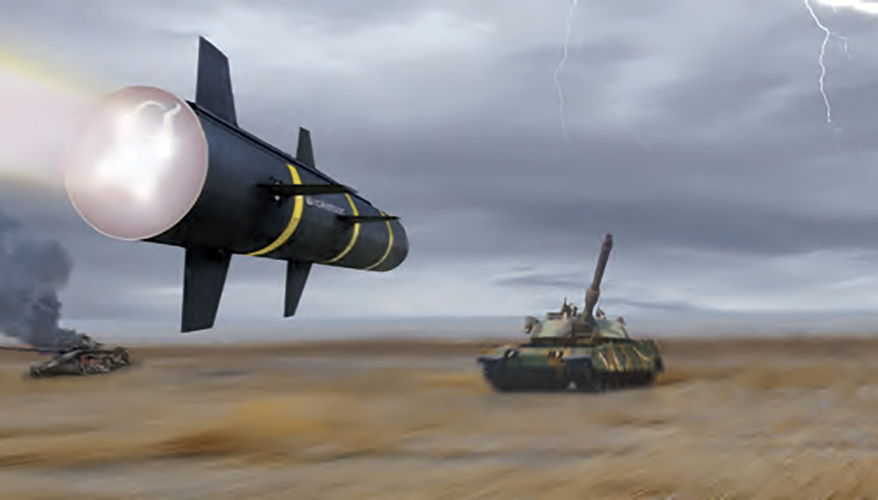 PARIS — The Turkish government is making efforts to expand its domestic weapons development and promote exports, but will continue to rely on a variety of foreign-made systems to fill near-term needs over the next 10 years, said one expert June 12.

The weapons market in Turkey is anticipated to be worth approximately $6.7 billion by 2027, said Andrew Galer, weapons research and analysis team manager at Jane’s by IHS Markit, in a briefing at the Eurosatory air and land defense conference outside Paris.

Air defense and multi-target weapon systems are the major capability needs, Galer said. The country is also looking for guided projectiles, he added.

As Turkey faces the more immediate threat of short-range rockets and missiles fired from Syria potentially hitting its border towns, the country is looking for a robust counter-rocket, artillery and mortar, or C-RAM system, that would be similar to Israel’s Iron Dome, he said.

The nation’s Defence Industry Executive Committee has discussed the possibility of developing its own C-RAM system known as the “Golden Cage” program, he noted.

The air-launched weapons market is expected to be worth around $1.7 billion during the forecast period, with air-to-ground missiles being the primary capability need, Galer said.

Procurement for such weapons has been driven by a rise in regional tensions and a need to better defend Turkish airspace, he added. Key opportunities include short- and medium-range air-to-air missiles for use on the F-35 joint strike fighter.

The country has committed to purchase the Russian S-400 anti-aircraft system rather than a NATO-affiliated platform. However, until the system is actually delivered, “the question remains whether that interoperability into a NATO defense system may ultimately prove too great a challenge,” Galer said.

In January, Turkey awarded a joint contract to Eurosam — a French-Italian air-and-missile defense venture — as well as Turkish firms Aselsan and Roketsan, to conduct an 18-month study to develop the country’s future long range air-and-missile defense system. The study would pave the way for a joint program to field a new system by the mid-2020s. It is expected to “meet three countries’ basic operational needs and it will guarantee Turkey has full employment autonomy and will allow a sovereign choice of integration level within NATO,” according to a Eurosam press release.

“The high level of conflict in the region [and] the inability to replenish stock are key external influencing factors, but there are limitations in terms of capability,” he said.

“Domestic development and production of weapons should therefore see Turkey become relatively self sufficient and also potentially an exporter of arms,” he said.

The Turkish naval market is expected to grow from $122 million in 2018 to $240 million by 2027, Galer said. Major domestic programs include the Akya heavyweight torpedo, which will gradually replace the service’s Boeing-made Mk-48 systems. The Atmaca-developed anti-ship missile is expected to replace the current arsenal of Harpoon RGM/UGM-84C weapons.

Despite numerous delays in the delivery of these new capabilities, the Turkish navy remains committed to indigenous programs, Galer said. However, it will continue to look to foreign partners to fulfill near-term requirements, he noted.

Turkey's procurement programs have been hampered in recent years, Galer said. The country has experienced defense budget challenges due to high inflation, and the weakness of its national currency has made it expensive for Ankara to buy foreign weapons.

“But the flip side of that means … those weapons produced domestically for the export market have come down in price,” Galer noted.