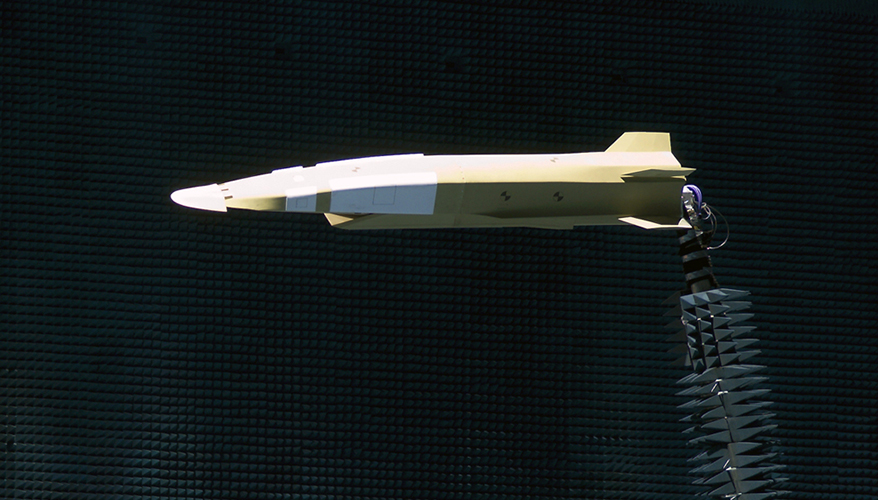 A mock-up of a hypersonic aircraft undergoes testing at Edwards Air Force Base, California.

The United States must work to keep pace with adversaries’ development of hypersonic weapons technologies, a member of the Senate Armed Services Committee warned June 12.

Hypersonic projectiles are capable of traveling at speeds of Mach 5 or faster and pose a major challenge to U.S. air defense systems, Pentagon officials have noted.

“You can never do enough against a new technology, and this one is very concerning,” Sen. David Perdue, R-Ga., said in a meeting with defense reporters in Washington, D.C. 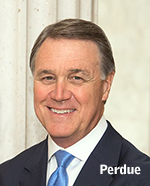 To deal with this “asymmetric challenge” to U.S. military forces, the Pentagon must be capable of “matching the opponent’s capability,” he added.

China has conducted 20 times as many hypersonic tests in the last decade than the United States, according to Defense Department officials. It is also beefing up its anti-ship weapons arsenal.

Perdue said he is concerned about China’s military advancements.

“We have to pay attention,” he said. “When you can take a million-dollar missile and take out an aircraft carrier, that’s an asymmetric capability. So that’s very concerning … [and] that technology is out there.”

Enhancing the Pentagon’s offensive and defensive hypersonic capabilities is the No. 1 priority of Undersecretary of Defense for Research and Engineering Michael Griffin.

In April, Lockheed Martin was awarded an Air Force contract worth up to nearly $1 billion for an air-launched hypersonic conventional strike weapon prototype.

Influential lawmakers support the pursuit of new hypersonic capabilities. The Senate Armed Services Committee’s version of the fiscal year 2019 National Defense Authorization Act authorized $1.2 billion more than the Trump administration requested for military research and development, with an emphasis on high priority technologies like hypersonics, according to a summary of the legislation.

The full Senate is expected to vote on the bill later this week.

“We believe we can fight the [Chinese] fleet today if we had to do that,” Perdue said. “I think we’re addressing that [threat] in a way we should.”

Sinking of a country's air craft carrier would have that country to a great deal of damage to those that sunk the carrier.