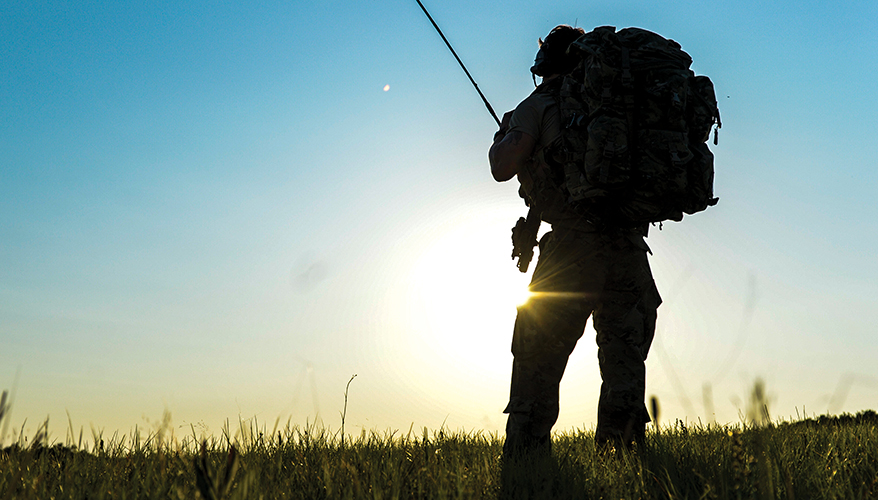 With special operators deployed across the globe, the need to communicate securely and reliably is of top importance. As adversaries develop technology to degrade signals in already austere conditions, SOCOM is developing ways to harden its radio systems.

Deb Woods, the command’s program executive officer for PEO command, control, communications and computers, said success in combat requires that an operator be able to rapidly shoot, move and communicate.

“Assured communications enable the operator to make crucial decisions based on his sight picture of the battlefield derived from real-time enemy or friendly data,” she told National Defense in an email. “As net-centric warfare continues to evolve and our operators engage in disparate environments, assured communications becomes vital for success.”

“The next-generation radios are being developed as a state-of-the-art, modular and adaptable system, enabling the rapid integration of future technologies as they become available to address assured communications,” Woods said.

Both devices will be compliant with software communications architecture standards, which requires the separation of the waveform from the underlying hardware platform.

“This facilitates waveform portability, enabling the integration of emerging and future assured communications waveforms,” she said.

In 2016, PEO C4 awarded Harris Corp. a $390 million indefinite-delivery/indefinite-quantity contract for the next-generation handheld radio, which will upgrade the command’s legacy devices from a one-channel to a two-channel system, said Jeff Kroon, director of engineering at Harris’ communications systems division.

The radios are also equipped with electronic countermeasures such as the ability to avoid jamming, he noted. Additionally, they are simultaneously able to employ a threat-warning capability that can detect enemy radio frequency emissions.

A module attached to the back of the radio provides full intelligence, surveillance and reconnaissance connectivity to stream full-motion video from various unmanned assets, he added.

Prototypes of the new handheld radios were delivered to SOCOM in January, Kroon said. Production deliveries are slated for the spring.

In June 2017, the command awarded Harris an IDIQ contract worth up to $255 million for the procurement of a next-generation multi-channel Manpack radio.

That radio will offer users two channels and increased power and capability, Kroon said. Development of the device is underway, but delivery is still “sometime out,” he noted.

Other capabilities the program executive office is seeking include expeditionary communications that function in remote, contested or denied environments, according to a recent SOCOM document titled, “Science and Technology – Preparing for the Future 2020-2030: Mission Assured Communications.”

“Communication is an enabler to freedom of maneuver — the ability to proactively or reactively position forces, equipment, tactics and methods in response to adversary actions,” the report said.

“This requires systems to be reliable, beyond-line-of-sight-capable, non-ambiguous … and capable of real-time or near real-time data exchange rates.”

The command is also looking for systems that can switch among several transmission types in denied environments, it said.

SOCOM’s Acquisition, Technology and Logistics Center’s science and technology directorate plans to reach out to other government and non-government organizations, industry, academia and other nontraditional partners to achieve an asymmetric advantage in communications, the report said.