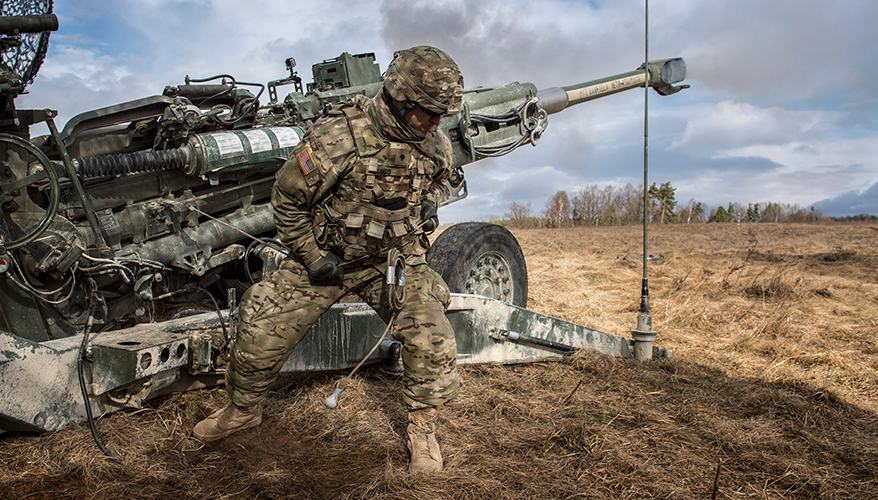 Indianapolis, Ind. — Lethality is now a "hot issue” in the Army and resources are being realigned to push these capabilities forward. And that's good news for industry, a service official said May 8.

“I don’t think I’ve ever seen such strong emphasis on lethality growth from small arms all the way up to artillery systems all at the same time. That’s almost unprecedented,” said Anthony Sebasto, executive director of the enterprise and systems engineering center at the Army’s Armament Research, Development and Engineering Center. “In the past they’ve all come in cycles but this is … a wholesale change,” he added.

The Army has identified long-range precision fires, next-generation combat vehicle, future vertical lift family of helicopters, air and missile defense, soldier lethality and the network as its primary areas of focus as it prepares for conflict with peer competitors such as China and Russia. Armaments touches on five of those six categories, Sebasto said at the National Defense Industrial Association’s Armament Systems Forum in Indianapolis, Indiana.

“The message to industry is the Army has set conditions, has set priorities, everybody is falling in line” including the science and technology communities and the program executive offices, he said.

During his remarks, Sebasto highlighted a few critical technology gaps. ARDEC is always looking for new and better materials for weapons, he noted.

Developing sufficient power sources has also been a challenge, he said. “Power sources for munitions — this has been a nagging problem for years,” he said. “We keep asking munitions to do more and more and [we] put more smarts in them. But the battery technology, power source technology have not necessarily kept up.”

Lower-cost solutions for shooting down enemy drones are also needed, he noted. When faced with a swarm of inexpensive unmanned aerial vehicles, the Army doesn’t want to have to fire munitions that cost $10,000 each, Sebasto said.

Weapons for unmanned systems also need to be improved, he said. “We’re going to move toward autonomous ground platforms that will be unmanned” and relatively small, he said. “For the armaments business, if you want to have multi-role capabilities for the use of guns we need to look at ways of how we can reduce recoil.”

To stay ahead of threats, “we’re going to have some breakthroughs and we don’t have all the answers,” Sebasto said. “There’s plenty of really smart folks in industry and academia that can help.”