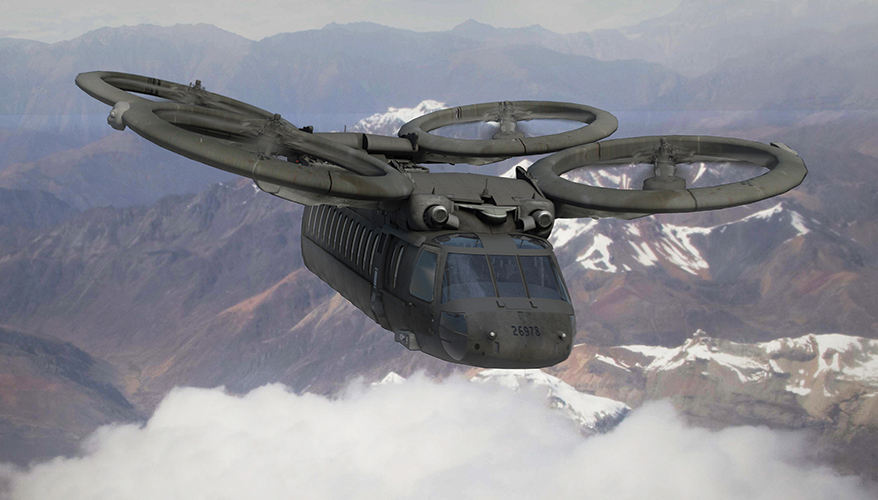 The bulk of the Army’s science and technology investments over the next five years are slated to support its “big six” modernization priorities, as the service aims to acquire new high-tech equipment in preparation for potential conflicts with peer competitors.

“We’re going through a lot of change,” Michael Holthe, director of lethality in the office of the deputy assistant secretary of the Army for research and technology, said recently at the National Defense Industrial Association’s Armament Systems Forum in Indianapolis. “We’re definitely pivoting in the Army S&T enterprise.”

The president’s fiscal year 2019 budget request included $13.7 billion for Army S&T over the next five years, according to Holthe’s slides. These initiatives are primarily focused on developing capabilities that could be fielded in the mid and far term, he noted.

“The message to industry is: the Army has set conditions, has set priorities, everybody is falling in line” including the science and technology communities and the program executive offices, said Anthony Sebasto, executive director of the enterprise and systems engineering center at the Army’s Armament Research, Development and Engineering Center.

The service has established cross-functional teams to advance each of the six modernization goals. They will likely be merged into the new Futures Command, which is expected to be stood up this summer, Sebasto noted.

“The Army is going to try to bring horsepower upfront, all the analytical capability to make sure that once something … goes to a PM/PEO community, there really is no looking back. They know what they need to do. It has been well defined, well supported [and] well resourced,” he added.

The service is in the process of ranking its programs as it looks to free up money for its high priority needs by ending or curtailing other programs.

“A lot of resources are being realigned,” Sebasto said. “The Army is making hard decisions on what to divest.”

“Just because an effort is not neatly nested with a CFT does not mean that it’s [necessarily] going to get cut or it’s going to get terminated,” he said. “It just doesn’t get help … from the headquarters to kind of hurry it along.”

Army Research May Lead to New Class of Materials

Isn't that the helo from Avatar?

As the information shows, the main amount of “Big Six” money goes towards the Next-Gen Combat Vehicle. It is high time for an Abrams replacement to get started.

US Army modernization can take many forms. Again, I reiterate that I believe the key “game changer” here would be the Mobile Protected Firepower Light Tank. That would put the US Army into low to medium intensity conflicts that the heavier Bradleys and Abrams cannot enter. The MPF Light Tank would provide soldiers and US Marines added armor and firepower that they never had outside of the Stryker, JLTV, and HMMWV.

However, there are additional ways that the US Army can modernize. One would be a variety of remote armored turrets on the HMMWV and JLTV similar to what NATO and the Russians have…turrets that can mount 12.7mm, 25mm, 40mm AGL, and 30mm cannons. The days of open-top turrets with gunners poking their heads out, aiming and shooting is just so archaic in a major conflict with another First-rate nation.
Another option would be to field back the 20mm cannon. Both the USMC and US Army have this gatling gun in the form of 20mm CIWS Phalanx and AH-1Z so both services do have the cannon and ammo for it. The 20mm canon should be fielded on the JLTV and HMMWV as a single-barrel weapon and a step above the M2HB and below the 30mm Bushmaster II.

The US Army should create a “Light Vehicle Force” using the MPF Light Tank and perhaps the Yagu, M1117 APC with RWS, and Mantis armored 4X4 ATV. We now know that USSOCOM and the USMC don’t like the open unarmored MRZRs and ATVs and won’t use them for Real World Missions. Having an armored enclosed ATV with a remote weapons turret might add some additional mobile protected firepower behind the Light Tank. The M1117 APC would provide troops with the same armor protection levels as the Light Tank. These are better than the HMMWV or JLTV.
Yes, the US Army wants to modernize and replace the Bradleys and Abrams with Next-Gen Combat Vehicle. However, I still think a “Light Force” of armored vehicles might see more use in the Real World and insurgency conflicts out there. Strykers, Stryker 30mm Dragoons, and JLTVs might work in the interim, but a Light Force with rapid deploybility can really be used to secure and assist SOFs and soldiers around the world…just think of what the Yagu, M1117, and Mantis could have done if in the Niger ambush.