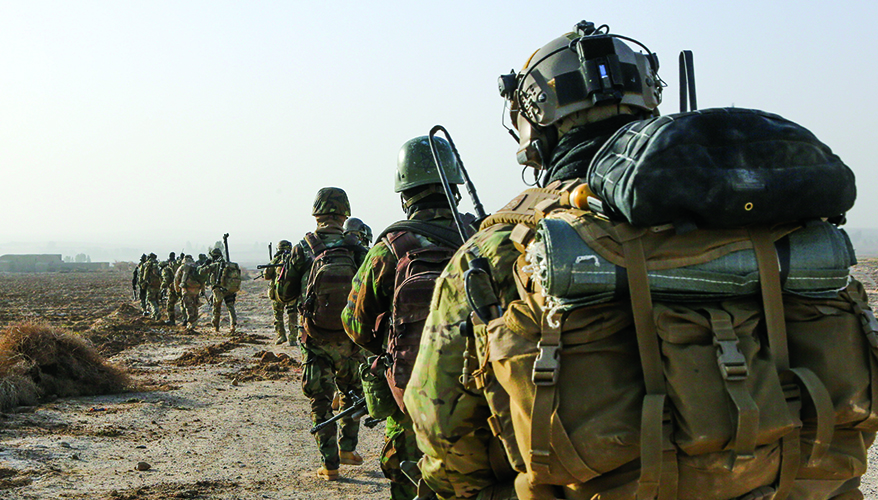 Special Operations Command is looking for ways to quickly provide its forces with lightweight, energy-efficient equipment on the battlefield, according to an official.

“SOF operate in extreme environments across a distributed battle space in small numbers,” Army Col. Donald Wols, SOCOM logistics director, said in an email. “Most, and sometimes all, of their support must be provided in a way that minimizes their military signature, but meets general health and safety standards without putting too much burden on them.”

Using unmanned systems for resupply is an area of interest, he noted.

The command is working with SOFWERX, an initiative that allows for prototyping and experimentation with academia and nontraditional partners, to create a holistic strategy for streamlining research and development with commercial partners, he noted. Work in this area should leverage machine learning and artificial intelligence, he said.

Additionally, SOCOM is looking at the possibility of using 3D printing to build structures at forward operating locations, he said, which would “significantly reduce the logistics required to build a base camp,” he noted.

Aaron Greco, a scientist at the Argonne National Laboratory, said additive manufacturing could be used by the military to print repair parts on the battlefield.

“That supply line is a big source of risk in terms of being targets, so the less reliant you are on the supply lines, the more secure you are, the more mission-ready you are,” he said.
SOCOM hopes to develop a software application that can identify gaps in logistics support, he said. The application would have adaptive intelligence and provide faster solutions to logistics problems, Wols noted.

However, retired Army Lt. Gen. William Pagonis, who served as the director of logistics during the Gulf War, said the military is also cognizant of potential cyber interferences when developing new ways to provide logistical support. Computerizing inventory information, which has been the practice in the civilian sector, is “now very much going to be part of the scenario for the logistics” of the military, he noted.

“If you’re on a battlefield and all of sudden there’s cyber warfare, it [can] interfere with the inventory management systems or the ordering systems — it could be very chaotic,” he said. “So they’ve got to work that, which they are.”

Providing logistical support can be challenging because the military has to operate in different environments such as mountains and jungles, he added. Platforms need to be rugged enough to withstand abuse, but light enough for troops to transport, he noted. Pagonis said that advances in the commercial industry have led to the development of systems that are both lightweight and functional.

“Look at the civilian industry. Who would have thought an iPhone would almost replace laptops,” he said.

Providing access to medical care in austere locations is also important for SOCOM.

The command is looking for portable items such as freeze-dried plasma to prevent blood loss on the battlefield. Originally procured from the French Ministry of Defense, the substance has the potential to improve survivability of wounded warfighters, Wols said. The substance is an expanded-access investigational new drug approved by the U.S. Food and Drug Administration for use by SOF medical personnel, he noted.

“Blood loss is one of the highest causes of preventable death our medics encounter. [Freeze-dried plasma] fills a gap for combat casualty care at the point of injury aiding in damage control resuscitation,” Wols said.

In a National Security Emergency, Do You Call the Marines or the SEALs?