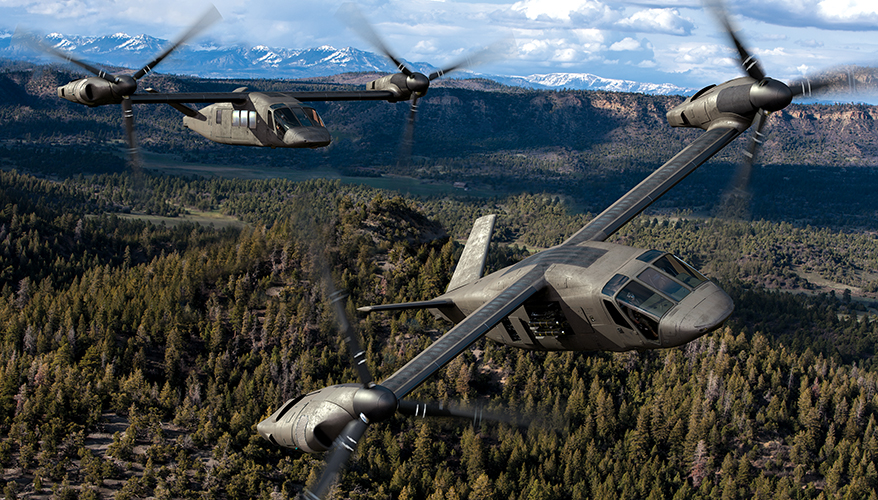 The Army won’t alter its list of top modernization priorities, the head of the service recently promised industry.

Secretary of the Army Mark Esper said he and other service leaders “have taken a blood oath not to change those because we want to make sure that [there is] … predictability to industry and to our own internal modernization enterprise that these are the priorities.

“This is where we’re looking for people both in and out of government to dedicate their time, their brainpower, their investments,” he said during a recent event at the Heritage Foundation, a Washington, D.C.-based think tank.

The service has already realigned over $1 billion in its science and technology budgets to advance those projects, he noted.

More than 800 programs will be under scrutiny as the Army tries to find additional funding, he said. “It’s going to mean cutting programs, freeing money from current programs by either slowing them or killing them.

“The days of spreading peanut butter are over. Instead we’re going to … apply money to our top priorities first, and then we’ll continue to move down that priority list until we run out of cash,” he added.

The service has already kicked off an effort to begin “racking and stacking” its programs, he told reporters.

The Army requested $182.1 billion for fiscal year 2019, including $26.8 billion for procurement and $10.5 billion for research, development, test and evaluation.

In a recent report by the Center for a New American Security, “2019 President’s Budget Request for the Army,” defense analysts Susanna V. Blume and Lauren Fish suggested the service’s fiscal blueprint didn’t strike the right balance among capabilities.

However, the Army is creating a Futures Command and has established cross-functional teams to pursue its top modernization priorities, the report noted.

“These reforms are designed to accelerate development of next-generation combat systems,” Blume and Fish said. “Hopefully we will see their success reflected in the 2020 budget request.”

the analysts may be right on how much being invested in legacy could curtail the future investment. IMHO, buying more blackhawks as an example should not be happening if you want to accelerate the new lift program. Divert that $$ into coverting the existing stock to mh-60v standard and into the ITEP program. They do need to pump money into the Abrams, as it should be the dominant tank on the battlefield able to kill anything that moves, and "whatever makes sense" for the Bradleys, as it seems to have a ceiling that its reached. The big 6 and emphasis on EW is very encouraging if they can do it.

KevthePope at 10:38 AM
Re: Army Leaders Take ‘Blood Oath’ on Modernization

The US Army’s “Six Priority Roadmap” for the future: “long-range precision fires; next-generation combat vehicle; future vertical lift (FVL) family of helicopters; network command, control, communication and intelligence; air and missile defense; and soldier lethality” appears sound and hopefully will resolve a lot of the current issues such as the need for a new scout reconnaissance helicopter with FVL. But how long will that take to field?

• MPF: The US Army just needs a new light gun under armor, period. In many scenarios, nothing beats a tank, and I believe that the US Army could have been the victor in many missions if they had some form of light armored firepower with cannon and machine guns.
• EW/ECM: The US Army really needs to invest in this technology to jam, eavesdrop, and confuse enemy signals, UAVs, and UGVs. The era of Smart Weapons necessitates the need for more electronic warfare.
• 30mm gun: This is the next-step up in terms of firepower and the US Army (and USMC) needs this to “jump up” from 12.7mm and 40mm grenades. Short of bringing a M2 Bradley to the fight, the 30mm cannon on a JLTV would be a “Game changer” in terms of heavy firepower, range, lethality, and a weapon against enemy IFVs.
• Metal Foam: For once, the US Army has a new armored technology that could revolutionize armor and make it stronger and a lot lighter. Metal Foam can change practically all aspects of armored protection, right down to aircraft armor, body armor, TALOS “Iron Man” suit, boat armor, trucks and softskins, and AFVs.
• New scout helicopter: The US Army really needs one, even if it means reviving the RAH-66 Comanche or buying armed MD-500s. Once again, I believe the US Army could have been the battlefield victor if a light scout helicopter was overhead providing CAS or scouting reports.
• New night vision technologies: Even the insurgents are getting some form of night vision technology. The US Army needs to develop newer night vision sensing equipment that can see in better conditions in addition to developing lower standard and cheaper export versions that might have a key to shut off or chip fried if captured or lands in enemy hands. Thermal, FLIR, sensor fusion, colored night vision, etc. are all technologies that are maturing and should be fielded.