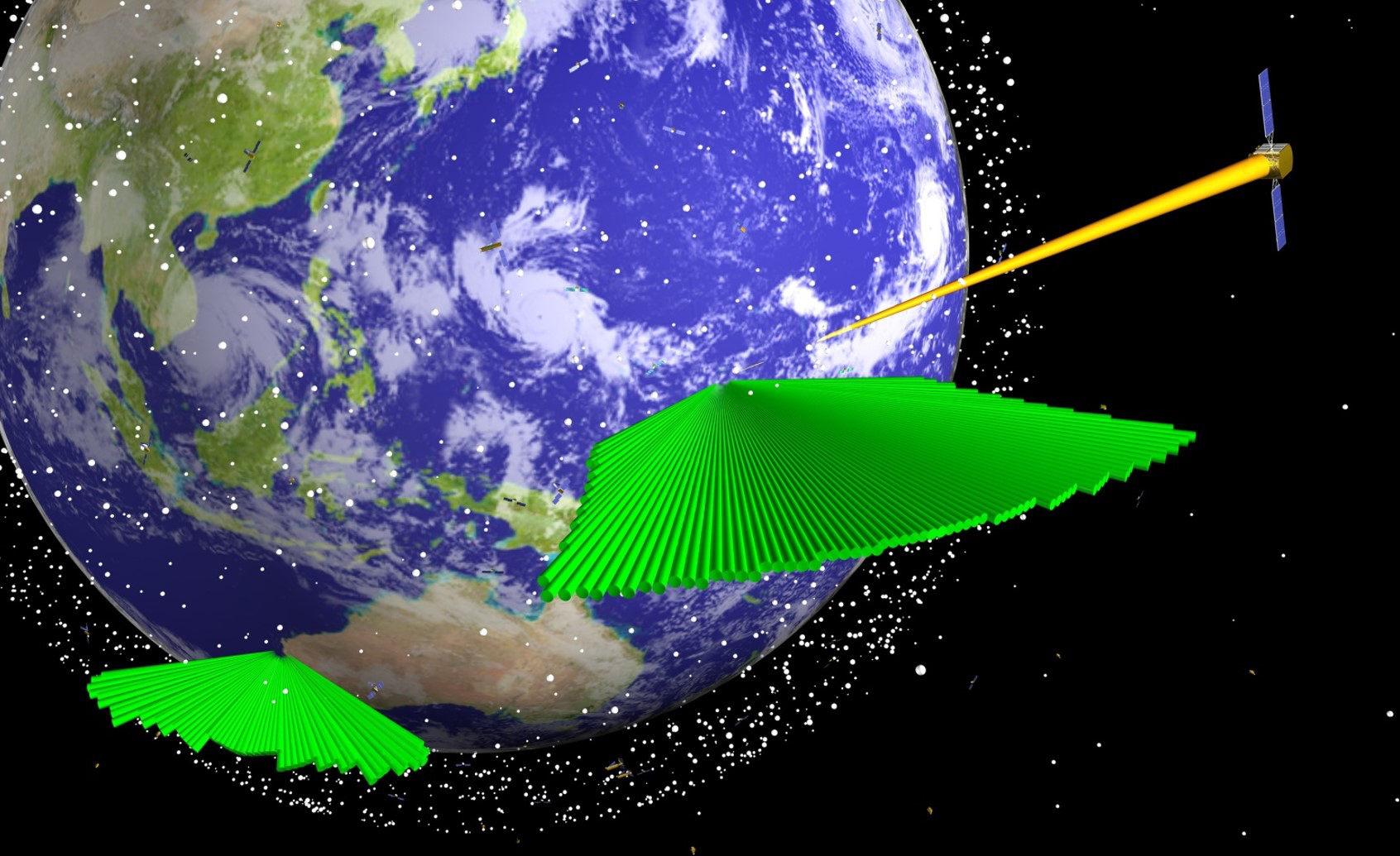 COLORADO SPRINGS, Colo. — With space debris, thousands of small satellites scheduled for launch in the coming years, and more spacefaring countries than ever, the U.S. government is sorting out how to manage traffic and avoid accidents in a domain it relies on for commerce and security.

Space traffic management has been a major topic this week at the Space Symposium in Colorado Springs, Colorado, the world’s largest space conference. It kicked off with a speech by Vice President Mike Pence, who announced that daily management of space traffic would reside within the Commerce Department rather than the Federal Aviation Administration.

The new policy, developed by the National Space Council, is awaiting presidential approval.

Pence said the policy is intended to free up the Air Force to focus on its core mission of protecting and defending space assets.

Gen. John Hyten, Strategic Command commander, told reporters April 17 that he welcomed the change. The Air Force will still be collecting data. It currently tracks some 20,000 functioning and non-functioning satellites and debris caused by collisions as small as a softball.

“We act as the clearinghouse for basically the entire world when it comes to space traffic management. The United States Air Force , through Stratcom, provides warning to everybody on the planet — including China and Russia — when we see impending collisions,” he said. Currently, airmen have to sort through different rules and procedures depending on the owner of the spacecraft.

The change will remove a burden, he said. The Air Force will collect the data and feed it to the Commerce Department, whose responsibility it will be to communicate with the operators of other satellites, Hyten said.

Meanwhile, space is growing increasingly dangerous as NASA estimates there are some half million hard-to-track objects smaller than a softball traveling at speeds of 17,500 miles per hour, fast enough to do serious damage to spacecraft.

As far as traffic, the so-called small satellite revolution will result in more spacecraft than ever orbiting the Earth. A 2017 report by the SpaceWorks market intelligence firm estimated that some 2,400 nano or micro satellites — 50 kilograms or smaller — would be launched through 2023. That is more than the estimated 1,459 total spacecraft of any size orbiting Earth today.

Meanwhile, the number of objects the Air Force will be able to track is expected to increase fivefold next year when the long-awaited Space Fence is fully operational. After several years of testing and a downselect, the service tapped Lockheed Martin Mission Systems and Training in 2014 to construct a high-fidelity radar on an Army base on the Kwajalein Atoll in the Pacific.

Bruce Schafhauser, the company’s space fence program director, told National Defense that the phased-array steerable radar is about 90 percent operational now, and will undergo a series of tests before being handed over to the Air Force sometime in the second half of 2019. It is called a fence because it beams a fan-like field of energy into space in a line wider than the continental United States.

The flexibility of the system will also allow it to beam “micro fences” into space at different orbital regimes that can detect objects as small as a marble. The company estimates that it will be able to detect and track 100,000 objects. The Air Force currently tracks the 20,000 items in its catalogue with a variety of means including radars and optical sensors.

“Right now, we expect there are a lot of objects out there that’s too small for anyone to find,” he said.

The site was selected because there were gaps in the Southern Hemisphere for space surveillance coverage and for its proximity to the equator, which means every object in low-Earth orbit crosses the fence’s path eventually.

Schafhauser said current methods to find space debris have been described as looking in a dark attic with a flashlight. “When you turn on this system, by virtue of having this fence, you’re basically turning on the light in the whole attic,” he said.

A second space fence could be built in Western Australia. The site is an unexercised line item in the contract, meaning it has yet to be funded. Air Force officials are waiting until after operational tests are finished on the first site before making a decision, although the company has received some preliminary funding to do site selection, Schafhauser said.