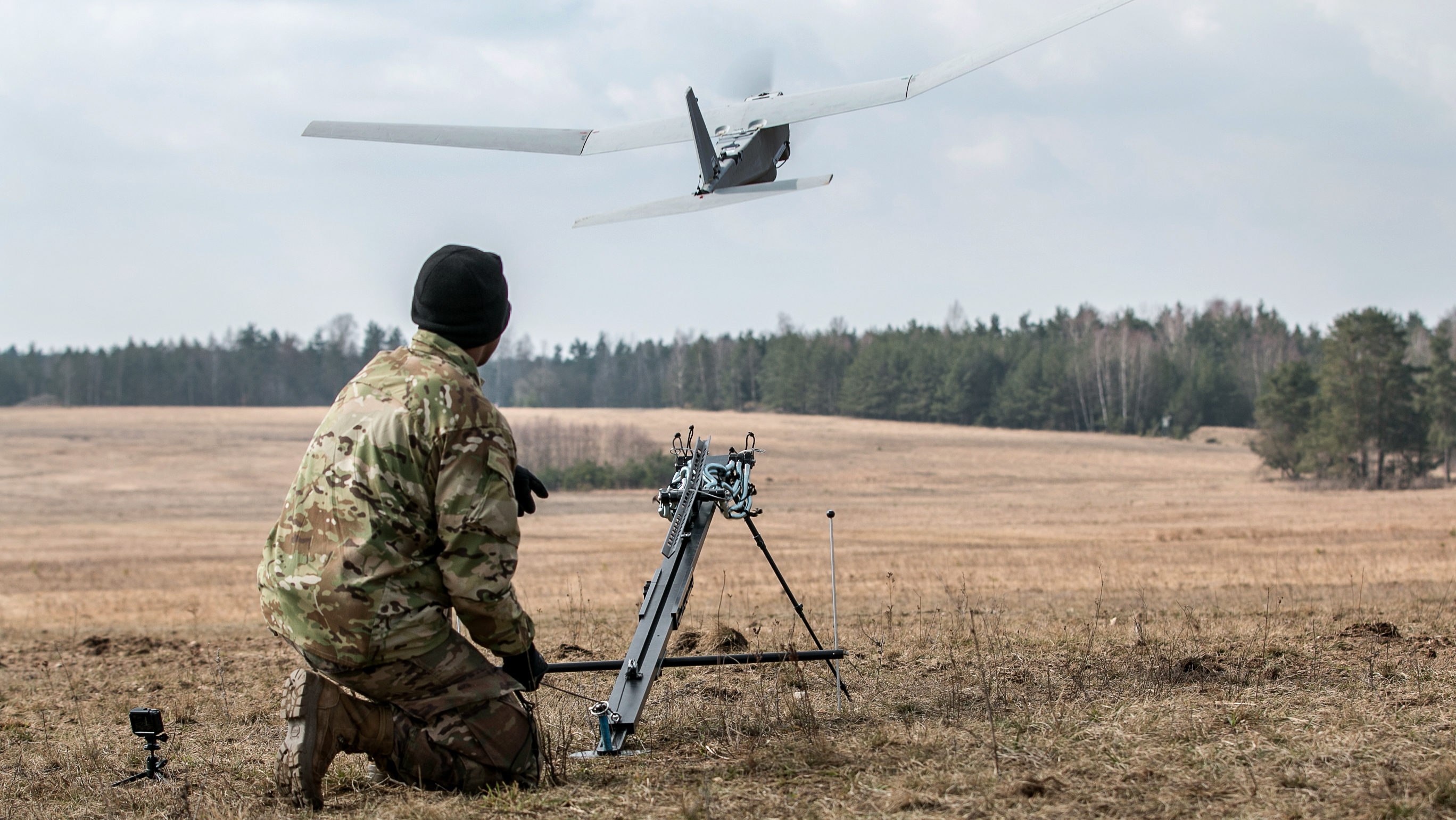 A Puma unmanned aircraft is launched during a multinational joint equipment training event.

The Pentagon has completed a new roadmap for unmanned systems development and it is expected to be released after two new undersecretaries sign off on it, a department official said April 10.

The document was anticipated to be released last year. Deputy Assistant Secretary of Defense for Tactical Warfare Systems Jose Gonzalez said he wants it to be jointly approved by the undersecretary of defense for acquisition and sustainment and the undersecretary of defense for research and engineering before it is unveiled. Those two positions came into being earlier this year as the result of a reorganization that split up the Pentagon's acquisition, technology and logistics office.

The undersecretaries are currently reviewing the document, he said at the National Defense Industrial Association's Ground Robotics Capabilities Conference and Exhibition in Springfield, Virginia.

The new unmanned systems roadmap will be the first that the department has released since 2013. The previous version described the Pentagon's plans for autonomous systems from fiscal years 2013 to 2038. Priorities in the old roadmap were driven by a strategic shift to the Asia-Pacific theater, constraints in the military’s budget, and the integration of unmanned technologies into the joint force structure.

The new document outlines the need for interoperability among systems, Gonzalez said. Closed, proprietary systems make it challenging for autonomous platforms to work together, he noted. For this reason, the department is looking to integrate modular, open architecture systems, he said. Some near-term goals include securing needed data rights and retrofitting existing systems, according to Gonzalez’s presentation slides.

The department also needs to focus on securing its networks, he noted. Strong collaboration between industry and government in this area is critical, he said.

The roadmap also highlights the need for human-machine collaboration, he said. A major challenge in this regard is the difficulty of developing trust between the operator and the unmanned platform, according to his presentation slide.

"The seamless integration … between man and machine with this gradual reduction in the degree of human control is the vision,” he noted. “It involves trust. It involves the human trusting the machine and the machine not actually adding work, [but] rather reducing both physical as well as cognitive workload.”

As of press time, the Defense Department had not responded to a request regarding the timeline of the document's release.