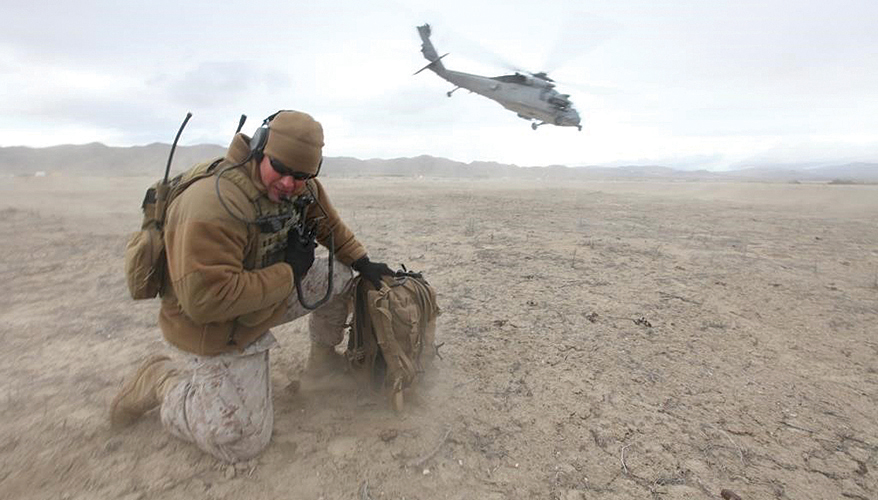 Marine Corps Special Operations Command will soon release a new operating concept — known as MARSOC 2030 — that will look at how "Raiders" will fight twelve years into the future, said the organization’s commander March 1.

“Among the large set of trends that we see during conflict … [is] the convergence of two broad themes — regional competition and instability,” said Maj. Gen. Carl E. Mundy III. “These will likely be the factors that … [policymakers use] to shape the employment" of special operations forces.

Explosive population growth in areas with traditionally poor governance and limited resources will foment instability across entire regions, including urban areas, he noted during a panel discussion at the National Defense Industrial Association’s Special Operations/Low Intensity Conflict Symposium and Exhibition which was held in Arlington, Virginia.

Megacities will become even more “dense, disordered knots of activity and exert outsized influence" over the international security environment, he added.

“Nonetheless, we believe that SOF — and MARSOC as part of that — will be expected to execute missions within this context of regional competition and instability,” he said. “The complexity of the operating environment will challenge the ability of leaders at all levels first to sense and understand what’s happening around them, and second to make sound decisions that lead to action."

The concept — which is expected to be released publicly in the coming days — has been crafted by the command over the past 18 months, Mundy said. It has been informed by a series of internal war games. Out of those, four themes coalesced out of hundreds of observations, he noted.

“These four core pathways of innovation are: MARSOC as a connector; combined arms for the connected arena; the cognitive operator; and enterprise-level agility,” he said.

Collectively, they seek to capitalize on the command's strengths including its small force size, its proclivity for integrating disparate capabilities, and its focus on training and education of special operators, he said.

Mundy did not go into further details regarding each of the four pathways, and during a meeting with reporters following his remarks he declined to elaborate, noting that he wanted to wait for the concept to be released.

“We must be able to operate in difficult and denied environments such as underground facilities and dense, urban terrain,” he said. “SOCOM must also be able to support the DoD priorities across the full spectrum of conflict from peaceful cooperation to competition and conflict against near pear competitors and rogue regimes.”

Command leadership wants to accelerate innovation, he noted. For example, there is a need to increase lethality by recapitalizing air and ground platforms, maritime mobility systems and investing in light strike aircraft, he said.

SOCOM must also continue efforts to rapidly prototype and experiment with new technologies, he said. That will require the command to invest in commercial-off-the-shelf products, he added.

“We’re specifically looking for technological solutions to maximize our processing, exploitation and dissemination of the [intelligence, surveillance and reconnaissance] data that we have and that we gain on a daily basis to capitalize on the vast data that is already being collected,” he said.

Marine Special Operators Set Out to Prove Themselves

“No plan survives once you’re being shot at.”

With combat robots and drones, the assault dynamics have changed for small Special Forces operators. They can no longer feel safe just carrying rifles, grenade launchers, and light machine guns. These combat robots (like the Russian ones) will often resist bullets. That’s their purpose. That’s the point.

Operators will need to carry guided missiles, SHORADs, or rockets and that adds weight that affects mobility. Until there’s a guided 40mm guided round that can penetrate some steel or shoot drones out of the sky, the use of AI, drones, and combat robots can quickly change the dynamics of any direct-action assault centered mainly on the carbine.