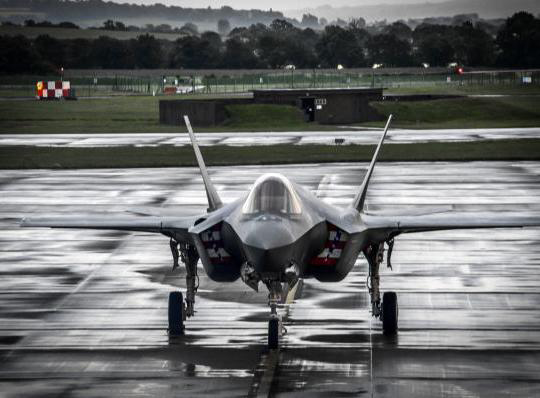 Lockheed Martin must reduce the F-35 joint strike fighters’ operation and support costs, said the chief of staff of the Air Force March 29.

The service hopes to reduce the price tag enough that it will be comparable to the sustainment costs associated with a fourth-generation fighter such as the F-16 or F-18, he noted.

However, Goldfein pushed back on the suggestion that O&S costs, if untamed, could result in the reduction of a third of the service’s planned buy of F-35s, as was recently reported by Bloomberg News.

“It’s way too early to be talking about any curtailment of any procurement or any buy because anything that we might be talking about is really well out into the future,” he said. “It’s just not true that there’s … any intent on our part to go one aircraft below the current program of record.”

In a statement to National Defense, Lockheed said it shared the Air Force’s goal to lower sustainment costs and was confident it could reduce them to a level that would be equal to or less than the cost to sustain fourth-generation fighters.

“Lockheed Martin is investing in several initiatives to lower the industry component of F-35 sustainment costs and continues to partner with the Joint Program Office to reduce overall operations and sustainment costs,” the statement said.

“We expect to see a similar cost-reduction trend as we’ve seen with production as the sustainment program matures and the operational fleet grows. Through economies of scale, systems improvements and cost-reduction projects, we expect to significantly enhance readiness and lower costs,” it added.

Reducing the price tag to levels on par with legacy aircraft is also important to the Marine Corps, Navy and international partners who are all collectively planning to buy hundreds of joint strike fighters, Goldfein said.

“Secretary Mattis brought in an incredible team … who have been out in industry through most of their careers and know how this business works,” he said. Lord came from Textron Systems and Shanahan came from Boeing.

They “are now helping us wirebrush down the costs of not only procurement but also sustainment,” he said. “It gives me a level of optimism in this program going forward that we’re going to be able to get to a pretty good target.”

When asked if the Air Force plans to pressue Lockheed to reduce its contractor support and personnel costs, Goldfein said that is part of the negotiation process.

“Ms. Lord is fully engaged on those issues. She and I have talked about it extensively, and so we are looking at all of those issues," he said. “We’re not going to stop until we can get those costs down.”

Boeing Looks to Put KC-46 Tanker Woes Behind It (UPDATED)

One almost has to think the DoD needs to invest in IBM's Watson system.. connect Watson to a F-35 and determine what's wrong with the aircraft then develop a step-by-step list procedure for the technicians to follow in servicing the aircraft; the US Navy is having problems with the LCS as these new systems are so advance that the men in uniform are unable to keep their equipment working.

Unless the Sixth Generation Fighter is well in development, and that can take years with bidding and flyoffs, I highly recommend that the USAF look into buying the F-15 "Silent Eagle" and F-16 Block 70 for several reasons:
• Not everything requires an expensive stealth aircraft to intercept for air defense or to conduct CONUS CAPs. Not every scenario will require a F-22 or F-35 Stealth fighter in the future.
• Lower maintenance cost airplanes that don’t have to deal with stealth coatings and can fly in all kinds of weather
• F-15SE’s Mach 2.5+ and 60,000 feet veiling beats F-35’s Mach 1.6 and 50,000 feet ceiling. The F-15SE’s ferry range is enormous compared to the F-35’s.
• F-15SE can double as a fighter and a bomber.
• The F-15SE has more external weapons hardpoints than the F-35’s internal four stores and six external stores. F-15SE can carry more weapons load
• F-15Cs are experiencing structural cracks. Eventually, new jets are needed
• The F-15SE has a larger AESA radar and is more maneuverable in a dogfight than the F-35. Sure the F-35 might win over the F-15, but again, the F-35 isn’t mean to dogfight
• Twin engines vs. a single engine
• If F-35s are grounded or hacked into, what is going to substitute?
• The F-15SEs and F-16 Block 70s are more advanced than the current USAF’s F-15Cs and F-16 Block 52s…glass cockpits, newer ECM and EW, IRST pods, CFTs, semi-stealth features, helmet cueing systems, better performance, etc.
• The costs are relatively the same as the F-35.
• They’re just equal-sized jets or larger
• F-15SEs are lighter than F-15E Strike Eagles, allowing for two more weapons hardpoints.
• F-15SEs can be used for anti-satellite roles. I doubt the F-35 can.