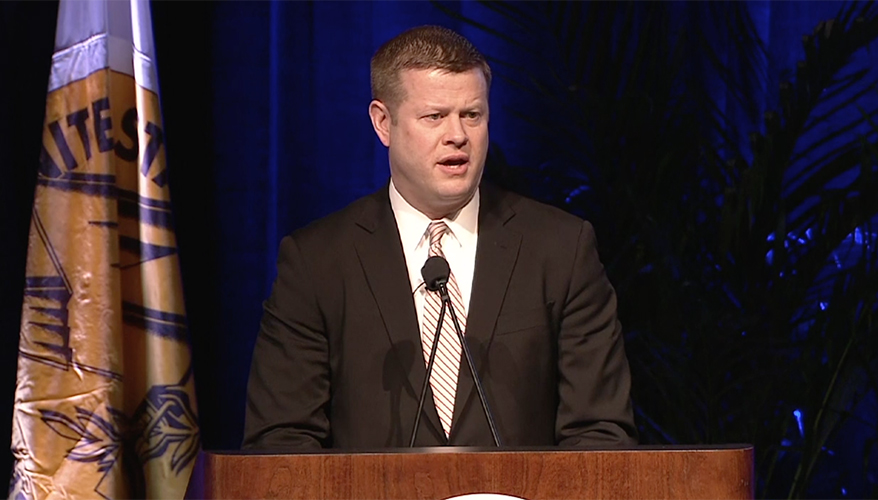 HUNTSVILLE, Ala. — The Army’s new modernization command will be fully operational by the summer of 2019, according to the service’s undersecretary.

Speaking March 26 at the Association of the United States Army's global force symposium in Huntsville, Alabama, Ryan McCarthy said the location for the Futures Command headquarters is yet to be determined, but will be in an urban setting. The service plans to examine factors such as proximity to private sector innovation and quality of life to narrow down options to 10 cities in the next few months. After the list is again whittled down to four potential locations, it will be sent to Chief of Staff Gen. Mark Milley for consideration.

“I don’t want to put it on a military installation," McCarthy told reporters after his speech. "We need access to commercial industry and academia."

The effort, which was formally announced in October, involves leveraging cross-functional teams geared towards pursuing the service’s top modernization priorities. McCarthy said the service hopes to use the teams, eight of which have already been set up, to drive down the requirements development process from five to seven years to two years or less.

Vice Chief of Staff Gen. James McConville praised the speed at which the cross-functional teams are working. The groups are streamlining the requirements development process, he noted.

“There’s collaboration going on between the entire system right now that I haven’t seen in over 12, 15 years of my time on the Army staff, and things are moving" forward, he said.

The Army plans on making a “major decision” about the future vertical lift initiative — which is envisioned as a multi-mission family of helicopters — this fall, McCarthy noted without providing additional details.

To build the new command, the service plans to add three subordinate elements to the existing organizational structure, McCarthy said during his speech. These include: futures and concepts, which will identify capability development opportunities based on threats and technology; combat development, which will establishment requirements for identifying needs; and combat systems, which will engineer and produce solutions.

"The work that they do will be fused with the requirements community" as well as the Army Capabilities Integration Center and Research and Development Command, McCarthy said. However, these organizations will still remain at their current locations, he noted. “We’re not going to move thousands of people from Alabama or Virginia ... around the country. We’re going to look at their roles and responsibilities and align them," he said.

Re: Army Moving Forward With Plans for New Futures Command

Scale by Geoffrey West would suggest looking at cities which out perform for producing patents for their size might be good choices. Cities such as Denver or Los Angeles which under perform in producing patents would be bad choices.