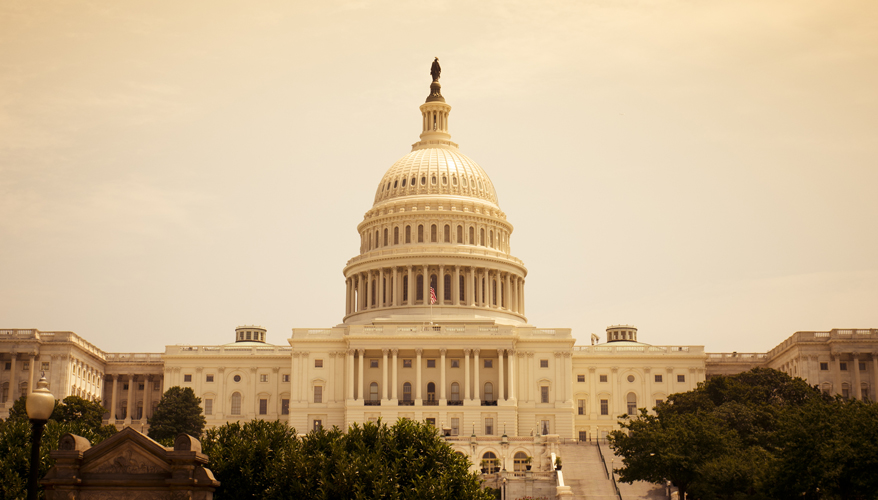 Lawmakers passed an omnibus appropriations bill March 23 that would increase the Defense Department’s budget by $61.1 billion in fiscal year 2018.

The legislation, which was passed less than 24 hours before the latest continuing budget resolution was set to expire, funds federal agencies for the remainder of the fiscal year, which began nearly six months ago. During a White House press conference, President Donald Trump announced that he had signed it.

The omnibus bill would give the Defense Department a total of $659.5 billion in 2018, about 10 percent more than the 2017 enacted level. That includes $65.2 billion in overseas contingency operations funds. It is the largest year-to-year increase in 15 years, according to a summary of the legislation provided by the House Appropriations Committee.

The bill “will continue to rebuild our military after years of cuts, fund operations overseas, help address growing threats and provide care for our troops,” the document said.

About $144.3 billion would go toward equipment procurement and equipment upgrades including $10.4 billion to meet OCO needs. That amount is $19.9 billion more than the president’s budget request and $25.4 billion, or 21 percent, over the 2017 enacted level.

As concerns grow about North Korea’s intercontinental ballistic missiles and Russia and China’s pursuit of hypersonic weapons, the Missile Defense Agency would receive a total of $11.3 billion including funds provided by a previously passed supplemental.

“This is a really big procurement budget, particularly if you’re looking at aircraft,” said Katherine Blakeley, a defense budget analyst at the Center for Strategic and Budgetary Assessments, a Washington, D.C.-based think tank. Fighter jets such as the F-35 made out particularly well, she noted.

“It’s really a congressional emphasis on buying the systems that we have in production today and growing some of that capacity in order to preserve the readiness of the force and preserve the capabilities that we have,” she added. “This is really opening the spigot of procurement funding.”

At a time when Pentagon officials are warning that the U.S. military’s technological edge is eroding as China and Russia modernize their forces, the legislation would provide $89.2 billion for research and development. That is $5.6 billion more than the president’s request and about $16 billion, or 22 percent, over the 2017 enacted level, according to the document.

That money would support R&D for: the F-35; space security programs; the B-21 bomber; the Columbia-class submarine; future vertical lift; the next-generation overhead persistent infrared radar; the joint surveillance target attack radar system recapitalization effort, which the Air Force recently proposed terminating in its 2019 budget request; and other efforts.

Research, development, test and evaluation has been a major emphasis in the president’s 2018 budget request, the National Defense Authorization Act, the 2018 appropriations bill and the 2019 budget request, Blakeley noted.

Congress’ passage of an appropriations bill that covers the remainder of the fiscal year, coupled with a major boost in defense spending, is good news for those at the Pentagon who have been complaining about having to operate under a series of continuing resolutions that froze spending at 2017 levels and prevented the Defense Department from starting new programs. However, the passage of the legislation so late in the fiscal year, which began Oct. 1, doesn’t give them much time to spend the extra funds, officials have noted.

“The Pentagon has not known how much money they’re going to have for six months,” House Armed Services Committee Ranking Member Rep. Adam Smith, D-Wash., said at the recent annual McAleese defense conference in Washington, D.C., before the omnibus bill was passed. “Now they’ve got six months to spend a lot of money. It’s going to be hard to figure that out.”

Some officials hope to be granted authority to spend a portion of the funding appropriated for 2018 in fiscal year 2019.

“We’re working with Congress right now to see what kind of authorities we can get so we can cross the fiscal boundary on dollars, … particularly on procurement,” Assistant Commandant of the Marine Corps Gen. Glenn Walters said at the conference.

“Some of our conversations over there is, ‘Look, you’ve got to give us a little more time to spend the ‘18 money. … Just give us the authority for ’18 dollars across the ’19 line,’” he said.
Walters warned that if that authority isn’t given, “the money is going to dry up on the vine.”

Update: This story was updated after President Trump announced that he had signed the omnibus bill.

JUST IN: Pentagon Plans to Cut Procurement, Boost R&D in 2020

This article is an interesting division of the defense budget to major programs. However, isn’t quite a bit missing, namely those systems without any combat relations?

Not mentioned for ships are the new oiler, salvage tug, Expeditionary Fast Ferry, an icebreaker, and Afloat Forward Staging Base.
How about mention of the Armored Mobility Protected Vehicle (AMPV) that the US Army surely is buying and the upgrades to the Paladin? How about the JLTV and FMTV A2? How about the USSOCOM Ground Mobility Vehicle? How about the Mobile Protected Firepower (light tank) and the USMC Amphibious Combat Vehicle? How about the Multimission Launcher (MML), SHORADS, and Long Range Precision Fires? How about USSOCOM TALOS “Iron Man” Suit? There are so many other programs not mentioned here in the DoD budget because they just don’t have the limelight of the major weapons systems.

Personally, I think some money should be spent on buying the new somewhat stealthy F-15 Silent Eagles (SE), and perhaps the F-16 Block 70s because not everything needs to be intercepted with costly stealth aircraft with expensive maintenance and flying hours downtime. We still need new conventional fighters for CONUS NORAD air defense. We will always need cheaper conventional fighter jets that can do Mach 2.5+ compared to stealth jets flying with afterburners at Mach 1.6 (F-35s) and F-22s’ Mach 2+.