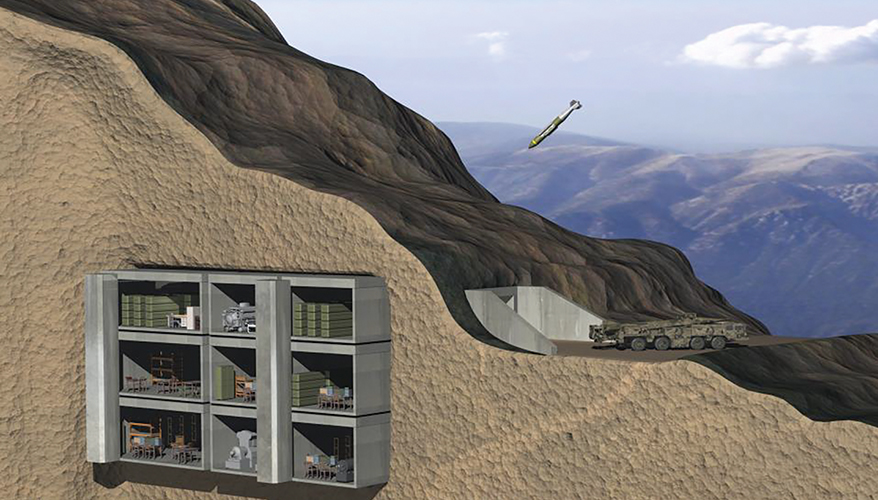 A new fuze from Orbital ATK will soon be installed on block-penetrating bombs used by the Air Force and Navy.

The Dulles, Virginia-based aerospace and defense technology company recently announced it received a $23 million Air Force contract to move ahead with full-rate production of its FMU 167/B hard target void-sensing fuze, or HTVSF.

The HTVSF is all-electronic, cockpit-programmable and capable of destroying deeply buried and hard targets, said Dave Fine, vice president of fuzing and warheads for Orbital ATK Defense Systems. It provides multiple delay arming and detonation times, as well as a void-sensing capability, which allows for precision activation of the fuze.

The innovative technology “takes the guesswork out of understanding the timing required to reach the target,” Fine said. “It’s a very, very survivable, robust fuze in terms of being able to survive going through these very hard, buried targets, but it also can detect very minute changes in its environment” to perceive the strike location, he added.

Orbital incorporated advanced signal processing and algorithms to analyze the targets and built robust packaging to allow the munition to penetrate deeply, he noted.

“You might just have a deeply buried facility protected by earth and concrete,” he said. “You might have a multi-layered target … [such as] a complex facility buried underground that has 10 stories, and you might decide the critical mission space is in the fifth story. So the fuze can be programed to detect when it reaches the fifth story.”

It could also be used for situations when a target is buried in a mountain side or other hidden spots, he added.

The fuze is qualified for the BLU-109 2000-pound and the BLU-113 5000-pound block-penetrating bombs used by the Air Force and the Navy, respectively, Fine said. As the Air Force begins to develop the next generation of penetrating weapons, “the intention is that this fuze will continue to be the fuze of choice for future systems,” he added.

The full-rate production contract will include just over 2,000 units. Deliveries will begin later this year and are expected to be complete in 2019, Fine said.

The contract follows low-rate initial production contracts initially awarded in 2015, Fine said. The full program value, including the engineering, manufacturing and development phase, two LRIP phases and the full-rate production, is approximately $95 million, according to the company.

Orbital has begun discussions with international allies to export the fuze, but any final export decisions would be up to the Air Force, Fine noted.