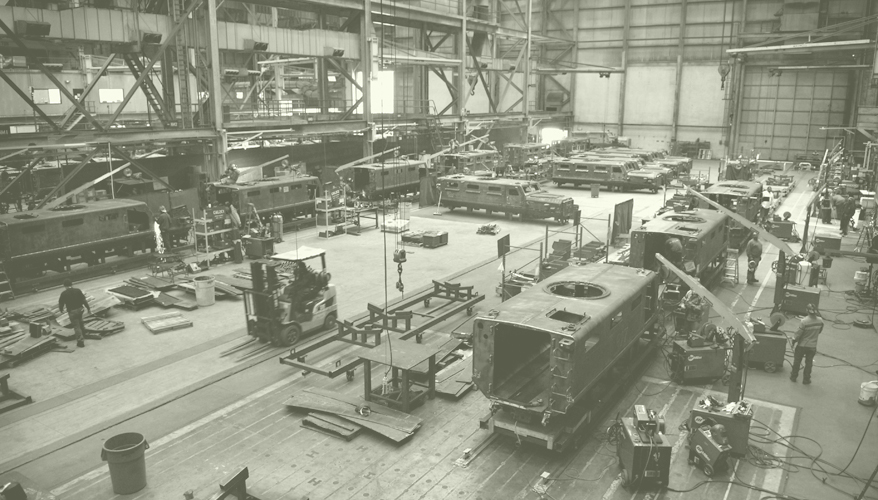 In 1918, at the 11th hour of the 11th day of the 11th month, the guns fell silent and an armistice went into effect in Central Europe, bringing an end to World War I combat operations.

Over the course of four and a half years, belligerents lost between 8.5 and 10.8 million military personnel, and the United States alone lost almost 117,000.

We call the Americans who fought and supported World War II “The Greatest Generation.” But they achieved greatness by standing on the shoulders of their predecessors. The men and women who served in World War I, and then used their observations and experience to advance U.S. military art and science between the wars, provided the strategic, operational and tactical underpinnings that drove American success in World War II.

H.G. Wells called it “the war to end all wars” and World War I’s horrors, marked by chemical and trench warfare, led many in Europe and the United States to agree we had reached the “end of war.”

Another conflict of World War I’s magnitude was too horrible to contemplate. But a handful of experts recognized the revolution in military affairs emerging during its final battles. These experts understood World War I would not end conflict between nations, and they worked tirelessly to ensure America was prepared for the next fight.

President Teddy Roosevelt famously said, “It is not the critic who counts; not the man who points out how the strong man stumbles, or where the doer of deeds could have done them better. The credit belongs to the man who is actually in the arena…”

"The need for legal, ethical engagement between military, government and industry representatives has never been greater."

Between 1918 and 1941 — against a leadership entrenched in the failed paradigms that led to the slaughter of so many — veterans stayed in the arena examining World War I operations and worked to advance strategy, operational art and tactics in several areas. The Marine Corps developed the amphibious warfare doctrine critical to success in the Pacific. Air Corps leaders created and advocated for strategic bombing doctrine and the platforms that could carry it out, a form of combat that would ultimately cripple World War II German logistics and end the war in Japan. Army officers, including then-Capt. Dwight D. Eisenhower, honed tactics to effectively incorporate mechanized and airborne forces into ground operations, setting the conditions for success in Africa, Italy and France. In the face of inertia and outright hostility, many of America’s greatest military heroes relentlessly pushed forward the “state of the art,” sometimes to the detriment of their careers.

The chief of the infantry told Eisenhower his ideas were “wrong and dangerous” and if he published any additional recommendations incompatible with “solid infantry doctrine,” he would be court-martialed. And Brig. Gen. Billy Mitchell, a hero to me and my fellow airmen, was court-martialed by an Army that failed to recognize the strategic implications of a capability that could go over instead of through, ranging the broad battlespace to strike deep at the enemy’s heart.

Despite the critics, World War I’s veterans continued to work to prepare the United States for future conflict. In addition to advancing military capabilities, a group of individuals came together to address U.S. industrial base shortfalls that significantly hampered strategy in World War I. Brig. Gen., and later Assistant Secretary of War, Benedict Crowell brought together a group of like-minded individuals from industry, government and the military to develop processes that would streamline industrial support to American warfighters.

In 1921, Crowell authored a book, How America Went to War, detailing the failures of American industry, government and military to work cooperatively during World War I. Crowell called for permanent and systematic measures to ensure during peacetime senior government and military leaders gave industrial preparedness the consideration its wartime importance demands.

Crowell served as chairman of the Army Ordnance Association, predecessor of the National Defense Industrial Association, from 1920-1945, playing a key role in framing the National Defense Act of 1920 and creating the conditions that allowed for rapid surges in manufacturing to support military requirements when necessary. Today, NDIA proudly carries his vision forward.

The need for legal, ethical engagement between military, government and industry representatives has never been greater. A return to great power competition requires the nation to fully leverage every advantage our academic institutions and innovative companies can provide. But innovation in a vacuum will not effectively solve the military’s toughest challenges. And failure to work together to understand these challenges and tap all potential training, technical and tactical advantages to overcome these challenges, will increase risk to our warfighters, our interests and our values.

NDIA’s professional staff draws strength and inspiration from our founder, his peers and other NDIA experts who for the past century championed cooperation that drove success on the battlefield.

I believe the next century will increase the requirements for close cooperation. And I am confident that just as World War I veterans’ inter-war intellectual curiosity, innovative spirit and relentless advocacy provided the foundation for success in World War II, our association’s experience, expertise and drive will ensure our warfighters have the equipment and support they need to dominate on future battlefields.

Successes in a Time of Transition