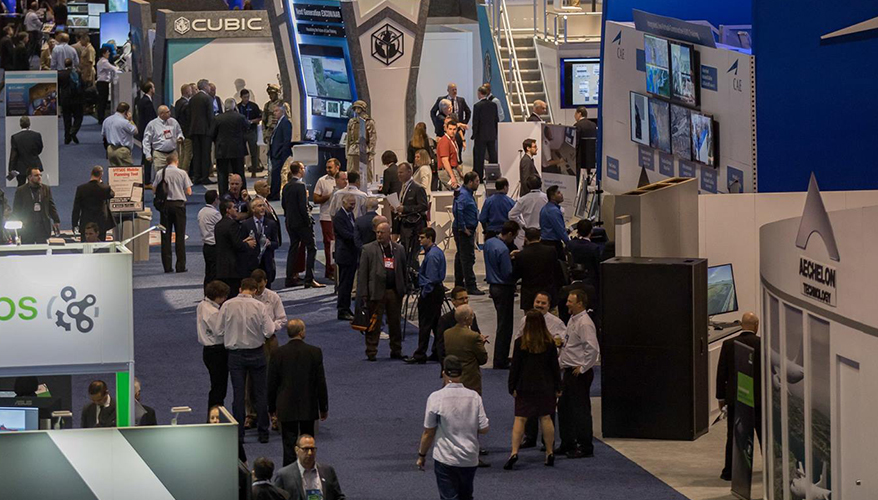 ORLANDO, Fla. — With the U.S. military putting a premium on warfighter readiness, members of industry said they are optimistic about future defense-related training opportunities, particularly in regard to the development of virtual and augmented reality systems.

On the show floor of the National Training and Simulation Association’s annual Interservice/Industry Training Simulation and Education Conference — which drew more than 16,000 participants — hundreds of companies exhibited new technologies that they say will give warfighters the edge on future battlefields.

Much of this technology included virtual reality platforms that immerse users in simulated environments and augmented reality systems that can overlay graphics onto the real world, often by utilizing heads up displays or tablets.

“You have a more dynamic military that's being deployed farther away, [with] less time at home and then you have an evolving threat on multiple continents,” he said. “There are a lot of challenges that the military is facing and they have less time and less training dollars to go and make sure that they're ready to go fight these dynamic fights.”

Technology like AR and VR are two ways Raytheon is getting at providing the military with lighter, more agile and flexible platforms, he said. The company has previously combined the two technologies with mobile systems to create an integrated and collaborative training environment, he noted. For example, it uses such platforms for naval training with the V-22 Osprey, he said.

However, Hendricks noted that augmented reality is still in its infancy in terms of technology development, but companies are working to push its boundaries further. He expected the technology to make rapid progress in the coming years.

“We're very excited about what's going to happen in 2020 as far as … 5G being introduced,” he said, referring to the fifth generation of cellular mobile communications. “That's going to open up the aperture for this industry, allow us to be able to push more content to the military [and] make those devices even lighter.”

Brad Swardson, manager of mobile and immersive technology innovation at Northrop Grumman, said much of the improvements in the military training realm focuses on increasing throughput efficiencies and increasing the quality of systems. AR and VR are part of those efforts, he added.

“You can walk around the show and see AR and VR is definitely a huge theme at the show here today,” he said.

While virtual reality is further along than augmented reality, “a lot of what's maturing in VR is going to find its way into the AR markets as well,” he said.

Some kinks that still need to get worked out surround the latency of AR device displays and tracking a real-world field of view, he said.

“They are evolving and they're going to continue to evolve,” he said.

“It has gotten incredibly competitive and I've been doing this for 30 some years,” he said. “The government is making a lot of buying decisions strictly based off cost, which sometimes is disappointing, but that has been their methodology here in the last couple of years and it's really driving competition … to be brutal in some cases.

“It's a tough market but it is growing and that's the real benefit, … we are seeing growth in the market,” he said.

Much of the competition is being driven by small businesses and larger corporations making investments in their training sectors, he noted.

From his perspective, there hasn’t been a big “reach for the mid-level companies,” he said. That is detrimental for such firms who have graduated from being a small business.