Army to Use OTA Agreement for Vehicle Maintenance Trainers 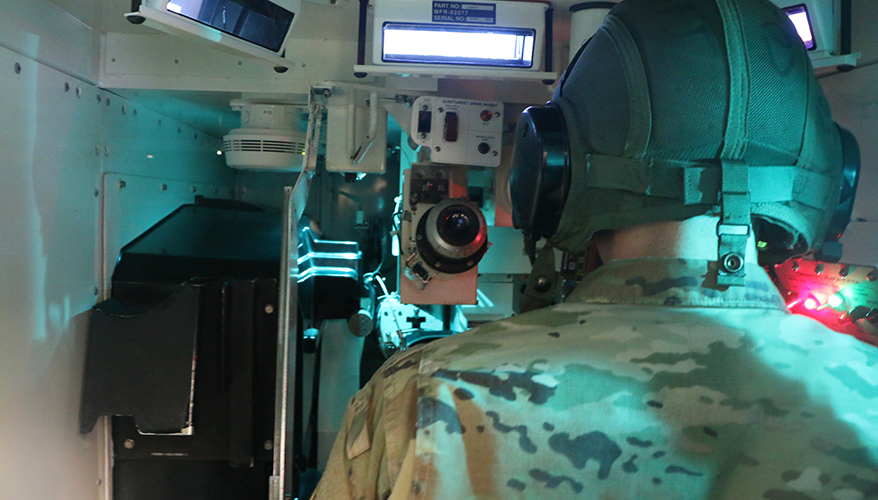 ORLANDO, Fla. — The Army plans to take advantage of other transaction authority agreements — which can help get technology to warfighters faster — as it pursues a new family of vehicle maintenance trainers, an official said Nov. 28.

The service is planning to develop “a reconfigurable system that gives us the opportunity to train a variety of different platforms using the same common hardware,” said Col. G. Scott McLeod, program manager for training devices at program executive office for simulation, training and instrumentation, or PEO STRI. “It gives you more flexibility to train soldiers on different systems without having to have different buildings and different footprints real estate wise.”

The family of vehicle maintenance trainers will include the Abrams battle tank, the armored multi-purpose vehicle and the Bradley fighting vehicle, he said during a briefing at the National Training and Simulation Association’s annual Interservice/Industry Training, Simulation and Education Conference in Orlando, Florida. NTSA is an affiliate of the National Defense Industrial Association.

The program executive office plans to leverage other transaction authority — which is intended to cut through some of the bureaucratic red tape that often plagues the Pentagon acquisition system — and the Training and Readiness Accelerator (TReX) consortium for the effort, he said. TReX is run by the National Security Technology Accelerator, a non-profit organization, and is intended to expedite the development and delivery of prototypes to the Defense Department.

“We’re going [to] have the request for solutions, the request for the development of white papers, prototypes and things of that nature," McLeod said. "Then we'll assess that as we get through that process how we’re going to go about doing the production, whether it’s going to be a separate production contract or a follow-on under the OTA for the production of a certain number of assets,” he said.

Brig. Gen. Michael Sloane, program executive officer at PEO STRI, noted that his office is actively working on ways to better engage with industry as it pursues new technology.

“We need you and your expertise and your leaders,” he told members of industry. “We need the large companies, corporations, the smalls. We need the nontraditional companies.” The program executive office wants to work with industry early on in the acquisition process so companies can help officials support the Army’s mission and vision as it looks for what is in the realm of the possible, he added.

“You are key to our success on the battlefield and we know that,” he said. “We need your flexibility, your agility, the speed to deliver capabilities as fast as the Army is asking us to do that.”

The service wants to attract smaller, entrepreneurial companies and individuals as partners, but knows it must make it easier to work with the Defense Department, he added.

“We need to increase competition, decrease cost, increase choice, and enhance our access to innovation and technology and services which emerge from this promising area" of innovation, he said.