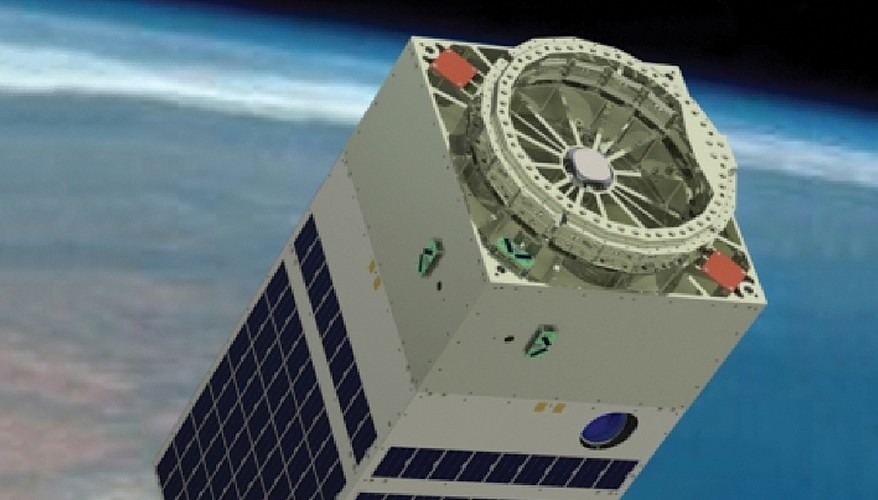 The Army has selected Huntsville, Alabama-based Dynetics to supply its next pair of nanosatellites, the company announced in November.

While the service is not well known for its satellite program, the Army Space and Missile Defense Command and Army Forces Strategic Command Technical Center have been developing tactical satellites about the size of a football to help fill remote sensing gaps.

One example is Kestrel Eye, a 110-pound, low-cost technical demonstration satellite launched in August 2017. It is designed to give battlefield commanders near real-time imagery, according to Army press releases. Service leaders at the time of its launch lauded their ability to completely control the imaging process, from the tasking of the spacecraft to disseminating the information, without relying on the other services’ remote sensing platforms.

The Gunsmoke-L small satellite program will host the next generation of tactical space support payloads designed to operate in low-Earth orbit for a minimum of two years. They will “demonstrate advanced information collection,” according to an Army website.

Dynetics will work with the technical center’s space and strategic systems directorate, which will include research, development and demonstration of the support payloads.

“We have won many civilian space contracts, and to move into the military space arena strengthens our portfolio. We are looking forward to taking on this challenge of creating small satellites that will meet the Department of Defense’s space support goals,” said Mike Graves, Dynetics space systems department manager and Gunsmoke-L program manager.

The company will take two years to develop the pair of spacecraft and qualify them for launch. It will also support on-orbit demonstrations utilizing the technical center’s small satellite ground control system located at Redstone Arsenal, Alabama, to provide command, control and communication for at least one year, with an option for a second year, the statement said.

Re: Army Moves Ahead With Small Satellite Program

There's definately a lot to know about this topic.

I like all of the points you made. I enjoy what
you guys tend to be up too. This kind of clever work
and reporting! Keep up the excellent works guys I've incorporated you guys to our blogroll.

I will immediately take hold of your rss feed as I can not
to find your e-mail subscription link or newsletter service.

Do you’ve any? Kindly let me recognise so that I
may subscribe. Thanks. http://cspan.co.uk