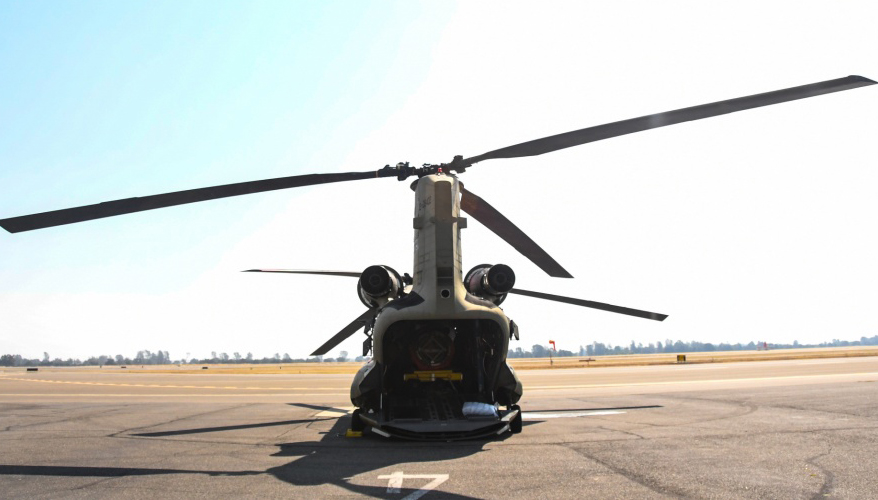 The Boeing Co. is concerned that Army modernization plans may cut funds out of a program to upgrade CH-47 Chinooks, a company executive said.

Rotte said Boeing is still "quite concerned" about the program's funding.

"Everybody, the Army Included, has to always figure out how to fund the priorities within their existing budget and when new priorities pop up, they’re going to come at the expense of something else," Rotte said.

Army Secretary Mark Esper said in a speech the same day that the Army has found $25 billion in savings over the next five budget cycles by doing a program-by-program search for programs to cut. That money will be put toward the service’s top six modernization priorities.

One of those programs is the future vertical lift, which envisions a family of all new helicopters including a heavy lift version.

Esper later declined to tell reporters specifically what programs will be cut, stating that they were pending office of the secretary of defense approval and wouldn’t be revealed until the Army’s budget proposal was released next year.

Meanwhile, Boeing continues to work on converting three CH-47s to the new Block II configuration. The Army issued Boeing a $276 million contract to kick off work in April 2017, according to the company. The first of three engineering manufacturing and development Block II models went into final assembly in June with its completion and first flight tests expected sometime in 2019, a press release said.

One of the main objectives of the Block II upgrades is to restore the amount of payload each aircraft can lift, said Chuck Dabundo, Boeing vice president of cargo helicopter programs.

Additions to F-Model Chinooks over the years, such as ballistic protection systems, have weighed down the aircraft, reducing the weight they can carry, he said.

The upgrades — such as the aircraft’s new rotor blades — will help buy back a lot of the lost payload, Dabundo said. “We have already flown and tested [the new blades] for about 60 hours and demonstrated that it can get over 1,600 pounds of additional lift in high-hot conditions,” Dabundo said.

Among other major upgrades coming from the Block II program are transmission improvements and a non-segmented fuel tanks, he said.

According to Dabundo, the non-segmented fuel tanks — also known as fuel cells — on the upgraded aircrafts have a “one-piece composite fuel cell” as opposed to the old F-Model which each had “three segments to them, with some dead space in between.” The new one-piece tank is lighter and can carry more fuel, affording the aircraft added range, he said. And the transmission improvements on the aircraft “can carry nine percent additional torque.”

Prior to the program, the Army did an analysis in search of the most economical way to upgrade the Chinook and determined the Block II program was the least expensive route, Dabundo said.

If the program is fully funded, the Army plans to upgrade 542 Chinook aircraft — 473 CH-47F and 69 MH-47G for Special Operations Forces. The company expects the Army to make a production decision by July 2021, Dabundo said.