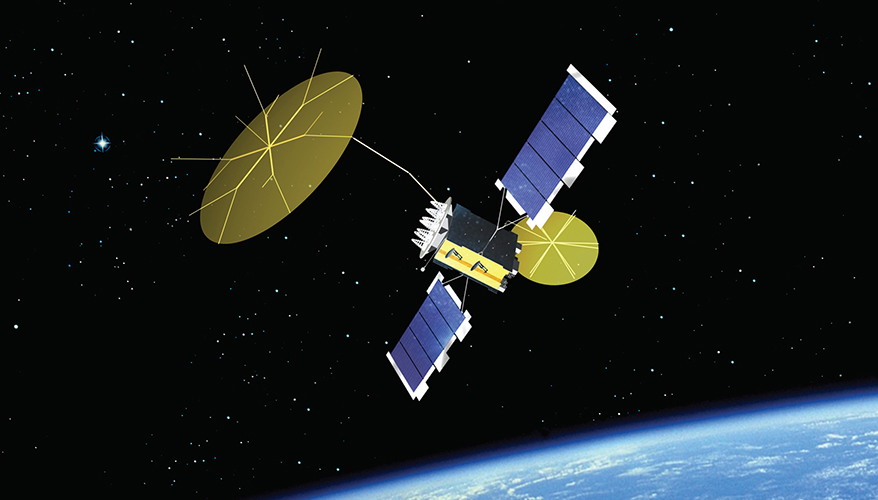 LOS ANGELES — Much attention has been paid to the bureaucratic battle between the Air Force, the White House and Defense Department leadership over the composition of a new space force that President Donald Trump has proposed. But the Navy is also looking to play a major role in a revamped space enterprise, a top service official said Oct. 30.

The Air Force currently oversees about 90 percent of the Pentagon’s space portfolio. But Trump has called for establishing an independent military branch focused on space, as well as the creation of a new Space Development Agency charged with fast-tracking new capabilities, and a new combatant command to coordinate operations.

Defense Department leaders have been working on an organizational blueprint for what the new force would look like. Congress — which has to approve the creation of a new military branch — is expected to take up the issue in the coming months as it works on the fiscal year 2020 National Defense Authorization Act.

At the MILCOM conference in Los Angeles hosted by AFCEA and IEEE, Rear Adm. Christian “Boris” Becker, commander of Space and Naval Warfare Systems Command, was asked about the implications for the Navy if the proposed space force comes to fruition.

“It's a serious question and it's a serious issue in front of us, and an opportunity as well,” said Becker, whose SPAWAR organization is the service’s acquisition lead for information warfare.

The Navy is dependent on space technology for a variety of critical capabilities including communications, position, navigation and timing, and intelligence, surveillance and reconnaissance, he noted. The Marine Corps and the Coast Guard are in the same boat, he added.

“The maritime services are reliant on space to operate across all phases of competition and conflict, and therefore we will be involved in space … from the requirements [generation] through the acquisition … and then into the operational use of space,” he said.

However, the Navy’s exact role in a new space force has yet to be determined, and it remains an open question as to whether lawmakers will sign off on a fully independent space branch.

“How that shapes in the future, I don't know,” Becker said. “But I know that there are very capable and very senior folks who are working through that as we speak.”

Becker isn’t the only high level official at the conference who has been asked about the implications of the controversial space force proposal. On Oct. 29, a similar question was posed to the commander of Air Force Space Command’s Space and Missile Systems Center.

“Regardless of whether we have a U.S. Space Force or not, regardless of how we decide to invest dollars in space materiel, you’re going to need organizations and people that know how to do it,” Lt. Gen. John F. Thompson said.

“I've got about 30,000 years of space acquisition experience within the Space and Missile Systems Center, [and] the U.S. Space Force is going to need experts on space acquisition,” he added. “We're very excited about the various concepts of Space Force and we’re just as anxious to figure out how it's going to end up as the rest of you.”

When Hondo Talks, People Should Listen