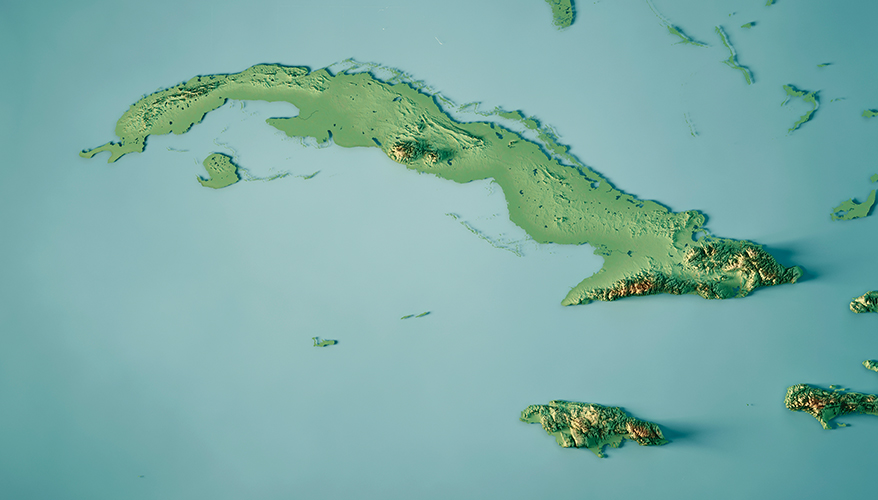 Our recent exclusive story "Doctors Reveal Details of Neuro-Weapon Attacks in Havana" focused on a series of mysterious incidents involving personnel assigned to the U.S. Embassy in Havana, Cuba.

Victims of this apparent attack first heard a mysterious sound seemingly emanating from their own ears. Pain, feelings of vertigo, nausea ensued and later some were diagnosed with neurological damage.

Information about these mysterious attacks over the past year has come out piecemeal in the mainstream media, usually citing unnamed intelligence community sources. National Defense, however, conducted three on-the-record interviews with the three physicians whom the State Department tasked with examining the case. One of them was the first and only doctor to examine the victims in

Cuba shortly after the incidents. He also had the opportunity to see the locations where the attacks took place, which were in residences and a hotel — not at the embassy itself — as reported.

Along with the exclusive interviews, the doctors gave National Defense two unclassified PowerPoint presentations they have delivered to various defense agencies.

Independent of each other, the three experts examined data collected from the victims then came together to share their findings with each other. They all came to the same basic conclusions.

First, they ruled out some of the common causes of inner ear disturbances such as high doses of aspirin, mercury poisoning or head trauma. They said it was an extremely low possibility that they had accidentally been exposed to energy coming from pest control devices or faulty air conditioners.

They concluded that the victims had been subjected to one of four possible directed energy weapons. They did not have enough data to say precisely which one. Nor were they tasked with assigning responsibility for the attacks.

As far as the theory put forth by some of the magazine’s readers that this was a coincidental incident, it should be noted that these victims were not sitting in the same place at the same time. They were either at their individual residences or a hotel known to be frequented by U.S. personnel.

"The Havana incidents show how this little understood and little known class of neuro-weapons work."

And as one of the doctors noted, the vast majority of victims happened to be working for a particular set of personnel who are assigned to U.S. embassies. The targeting was precisely aimed at this group. Readers may have noticed the magazine’s use of the words “personnel assigned to the U.S. Embassy in Cuba” in contrast to other media outlets who have simply said “diplomats.”

Knowledgeable readers can draw their own conclusions.

Of course, with stories of this nature, there will be doubters and conspiracy theorists. It could all be made up as an elaborate disinformation campaign, or their symptoms were something accidental or produced in nature that the doctors are missing.

Conspiracy theorists like to think they are smarter than everyone else. So let them think so, and put the whole incident aside. Pretend the Havana attacks never happened.

One is still left with two worrisome facts. One, that the effects of directed energy on the inner ear have been well documented by a body of research dating back to the early 1960s, one of the neurologists interviewed noted. The other is that the devices that can project energy in a concentrated beam are readily available for sale on the internet for a few hundred dollars. The websites are noted in the PowerPoint presentations. The magazine is not going to give them free publicity by listing them here.

The Havana incidents show how this little understood and little known class of neuro-weapons work.

As one of the doctors noted, it is the perfect example of a “gray warfare” weapon. Gray warfare is defined as hostile acts directed at a nation that don’t meet the criteria for responding with conventional military force. For example, meddling in elections, cyber attacks or cyber theft. Directed energy in this case was used to disable the victims not kill them, although it could possibly induce a stroke, which could lead to death.

One of the three doctors, James Giordano, a professor at the departments of neurology and biochemistry at Georgetown University Medical Center and chief of the Neuroethics Studies Program at the Pellegrino Center for Clinical Bioethics, in the May 2017 issue of National Defense wrote a Viewpoint piece called, “Weaponizing The Brain: Neuroscience Advancements Spark Debate.” It is worth reading again and going more in-depth by seeking out his book, Neurotechnology in National Security and Defense: Practical Considerations, Neuroethical Concerns.

The possible applications for directed energy neurological weapons should have the Pentagon concerned. The weapons could be used in any number of scenarios to degrade the cognitive abilities of warfighters in the field or their leaders. It’s not easy to fight, fly an aircraft, drive a tank or make command decisions while experiencing dizziness, vertigo, or suffering from neurological damage. State actors, terrorist groups or lone wolves can easily acquire this technology.

The Defense Department will have to quickly find ways to detect such attacks, thwart their use and mitigate their effects. As one of the doctors said, Pandora’s box has now been opened.

Study Group: Synthetic Biology Could Pose a Major Threat to the United States