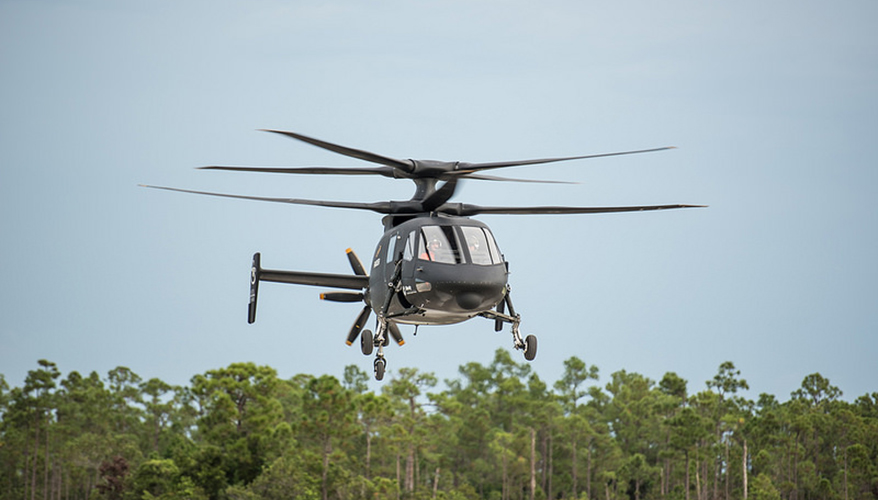 Last week, a request for proposals for FARA was released and an analysis of alternatives for FLRRA will be wrapped up by next year, he noted during remarks at the Association of the United States Army’s annual conference in Washington, D.C.

Both efforts surround the Army’s future vertical lift endeavor, or FVL, which seeks to replace the service’s aging helicopters with advanced, clean-sheet design systems in the 2030s. FVL is envisioned as a family of platforms — from small to ultra-heavy — that could be a shot in the arm for industry, analysts have said. FARA is focused on the smallest variant, while FLRRA would be a medium-sized platform.

A request for proposals for the future attack and reconnaissance aircraft was released last week via FedBizOpps, with submissions due in December.

The RFP “funds a competitive prototyping effort to design, build and test a FARA in an operationally relevant environment,” the document said. “The results of this prototyping and test effort will support a decision to enter into a formal program of record for subsequent full-system integration, qualification and production as a rapid acquisition.”

Sikorsky has indicated that it intends to offer its S-97 Raider demonstrator — which is based on the company’s X2 technology — for the effort. The aircraft recently exceed 200 knots in flight testing, according to the company. Bell officials have previously told National Defense that they are interested in the effort but would not divulge specific details on a potential offering.

The Army has invested a significant amount of time into FLRAA as part of its joint multi-role demonstrator program, which is serving as a precursor to the formal effort. Bell has offered the V-280 Valor — based off its V-22 tiltrotor technology — and a Sikorsky-Boeing team is offering the Defiant, which is based on Sikorsky’s X-2 technology. The Valor has been flying since last year, and the Defiant is preparing to fly soon, executives have said.

Rugen noted during a media roundtable that the Army considers both FARA and FLRAA to be equally important for the service.

Brig. Gen. Thomas Todd III, program executive officer for PEO Aviation, said an analysis of alternatives for the future long-range assault aircraft will be wrapped up in fiscal year 2019.

“We really are moving down a nice path with that,” he said. The program manager “is prepared to continue forward with that program and we expect to get a requirement to do so.”

Once the analysis of alternatives wraps up, the Army will know more about potential technologies for the future long-range assault aircraft, Rugen said. Additionally, the service will focus on how it can leverage strides made during the joint multi-role demonstrator program.

The real question will be whether or not industry can provide platforms that are affordable, Todd said.

“We don't have room for repeats of the past where we basically let everybody play and ultimately try to satisfy everybody's stakes or interests,” he said. “What we have to produce ultimately for that program is something that meets the requirements in the most expeditious manner possible and at the most affordable solution so that we can produce at scale.”

Rugen noted that while the Defiant has not yet flown, it is not causing delays to the FLRAA effort because the service is still awaiting the analysis of alternatives.

“We've been in close communication with the Defiant team and we understand where they're at and what they're doing,” he said, adding that it is critical that the team reaches first flight soon. However, “the Army asked them to do some things … that were pretty challenging technology wise. … Them being a bit late has not been problematic yet.”

Andrew Hunter, director of the defense-industrial initiatives group at the Center for Strategic and International Studies, a Washington, D.C.-based think tank, said now is the right time for the Army to move forward with new helicopter efforts.

However, there are already two joint multi-role demonstrators built which shows that these leaps are practical and possible in the near term, he noted. Additionally, the Army is taking advantage of new contracting authorities that will help programs move faster, he said.

“In it a lot of ways, it seems like the current moment is perfect for future vertical lift because we have these new authorities for doing rapid prototyping,” he said. “The Army is making a concerted effort … to use these authorities to move the ball forward to get some additional prototypes for a future attack aircraft and make this a reality.”

Rugen noted that these projects will be helpful in keeping the industrial base healthy.

“There is concern about the industrial base,” he said. “We better lay in something new otherwise we lose key industries that we can never rebuild. If we have gaps in production, I think those are troubling and we have to make sure that those gaps are closed without wasting resources.”

Deputy Secretary of Defense Patrick Shanahan, who previously worked on helicopter programs for the Boeing Co., noted that it has been 17 years since the last major Army helicopter program was under development. So it is essential that Futures Command tap into the deep bench of experienced former military and civilian program officials, he said.

“Those are the people that have all the experience and the knowledge, and they really need to be sitting with your colonels, brigadier generals, helping them challenge their assumptions,” he told reporters at the conference.

As a company executive, he was a part of many development efforts — including the canceled Comanche program — that failed not because there weren’t smart people involved, but they lacked experience, he said.

“Let’s make sure on the product that speed, range, capability — that we get that right” he said. “There are different risks that have to be considered.” One is the issue of scale: a technology that works great on a smaller helicopter may not make the transition to a larger one, he added.

The V-280 Valor and Sikorsky X-2 are designed built for assault with side guns and troop seats, but are these prototypes REALLY built for assault and modern combat?
Government Furnished Equipment (GFE) calls for engine IR suppressors, armor over critical flight systems, armored seats, perhaps an armored floor, IR SHORAD detectors and jammers, FLIR turret ball, weapons plyons, inflight refueling probes, fire extinguishers, so forth and so on. That adds weight, complexity, and requires more engine and transmission horsepower to carry all the GFE. And then your performance envelope goes out the window and it’s all about trying to combine and maximize performance to meet the warfighters expectations while carrying all this extra survivability measures. I don’t see either testbed having any of these added GFE survivability components.
These “Plain Vanilla” prototypes might be great flying machines; however, it’s another thing when they’re being shot at. So what readers are seeing now won’t be the final iteration and I sure hope that the US Army and industry can pull it off with GFE installed. They’re essentially civilian transport versions with guns, not combat versions. The US Army should never ever forget to add the helicopter armor, ever. Vietnam UH-1s were a hard lesson to learn and no helicopter or tilt-rotor pilot wants a repeat of wearing Chicken Armor Plate vests.