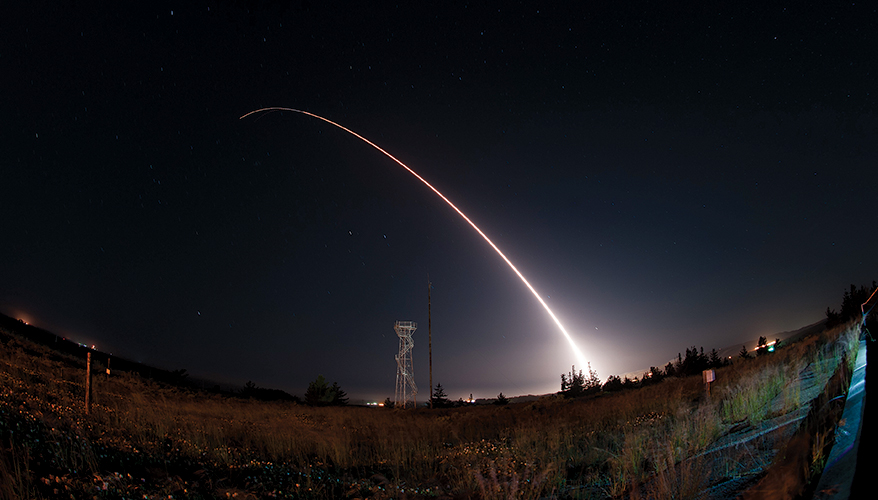 The Congressional Budget Office estimates that current plans to modernize, operate and sustain U.S. nuclear forces would cost a whopping $1.2 trillion over the next three decades. Analysts have laid out a number of ways to reduce the price tag.

“Over the next 30 years just about every piece of the nuclear forces will be going through either refurbishment, life extension, or being replaced with a new system,” Michael Bennett, an analyst in the national security division of the Congressional Budget Office, said at a conference hosted by the Carnegie Endowment for International Peace.

Modernization plans would cost $399 billion over that timeframe, CBO estimated in a recent report, “Approaches for Managing the Costs of U.S. Nuclear Forces, 2017 to 2046.”

It projected that the total annual cost of nuclear forces including operation and sustainment would increase from $29 billion in 2017 to about $50 billion through the early 2030s. By then it would eat up about 8 percent of the defense budget, compared to about 5.5 percent today.

The office was tasked with analyzing approaches to manage those costs by adjusting modernization plans. The strategies fell into three broad categories: delay some modernization programs; reduce force structure; or slash the size of the force and the number of warheads.

Among the options considered was delaying efforts to develop new ICBMs, stealth bombers and interoperable warheads. That would save a total of $17 billion over the 30-year period, the report said.

Each of these paths would at least somewhat reduce the United States’ ability to wage limited or large-scale nuclear war, the report noted.

“This is by far the most authoritative treatment of the subject, and whether you think the United States is poised to spend too much or too little on nuclear weapons in the future, we all need to reckon with the estimates and the analysis that CBO has produced,” said Kingston Reif, director of disarmament and threat reduction policy at the Arms Control Association.

The report shows that the United States is facing “a ticking nuclear budget time bomb,” he said. Spending on strategic forces is projected to eat up about 15 percent of the Pentagon’s acquisition budget by the early 2030s, leaving less money for important conventional weapon modernization programs, he noted.

“Unless the Defense and Energy Departments find a pot of gold at the end of the rainbow … the government’s current nuclear weapons spending plans will pose a crushing affordability problem,” he said.

The United States has more nuclear weapons than it needs for its security and can safely pursue more cost-effective options to sustain the arsenal while still retaining a credible deterrent, he said.
Mackenzie Eaglen, a defense budget analyst at the American Enterprise Institute, said decisions in recent decades to delay nuclear modernization have left the current administration with little choice but to pursue a wide-ranging effort to upgrade the force. Additionally, the more drastic options presented by the CBO report, such as eliminating a leg of the triad, would have little political support in Washington, she said.

President Barack Obama’s defense plans included maintaining a nuclear triad, despite his call for the eventual elimination of all nuclear weapons. President Donald Trump has repeatedly said the United States needs to bolster its arsenal.

“If the last administration didn’t drop from a triad to a dyad … I think the moment of that debate has fundamentally passed,” Eaglen said.

The Trump administration has been conducting a nuclear posture review, which could affect decisions about modernization. But Eaglen doesn’t expect any major deviations from the current plans.