A Renewed Plea for Budget Stability 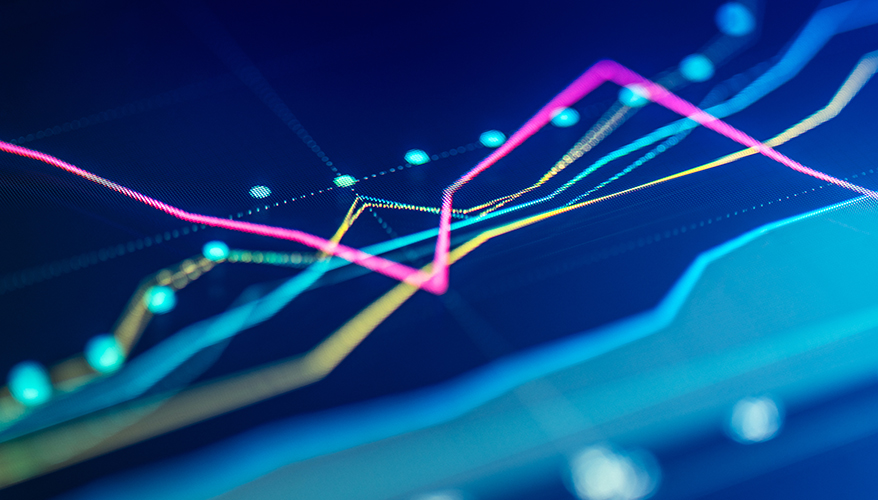 As we go to print, the federal government is still without a budget for 2018, spending a third of the fiscal year under multiple continuing resolutions.

Like the previous eight, we’ve entered this fiscal year with a stopgap, putting the federal government and the Defense Department on autopilot executing funding as if it were fiscal year 2017 with little regard for changes and priorities in the recently signed National Defense Authorization Act for 2018.

Worryingly, an increasing number of pundits and defense insiders speak seriously about the resolutions extending through all of fiscal year 2018 — an outcome placing strains on the warfighter, hindering recapitalization and modernization of the force and damaging the health of the defense industrial base.

The last defense appropriations bill passed and signed by the president on time was for 2009, leaving the services to endure nine consecutive years of kicking off the fiscal year with ambiguity, uncertainty and an inability to create momentum for new programs or enhance force readiness for contingencies.

That’s more than 1,100 days — over three years ­— with significant uncertainty about the resources available to provide for the common defense. These delays and uncertainties have also led to inefficient spending, wasting billions that could have gone to modernization, recapitalization and warfighter readiness.

The Navy alone figures it has lost $4 billion in such inefficiencies since 2011. Now, with no firm budget for 2018, the department’s detailed budget submission for 2019 may be delayed. Hopes are dimming for an on-time submission of the president’s budget, further compressing the timeline Congress has to complete critical legislation.

Both the Obama and Trump administrations have highlighted the harm budget instability has caused to force readiness. The service chiefs and secretaries have continually pressed for stable budgets, even at lower levels, to allow the services to effectively conduct long-term planning and stem readiness declines. The defense committees in Congress have held hearings to spotlight readiness challenges and used recent aircraft and ship accidents to emphasize the dire life-and-death nature of the problem.

Lack of stability and certainty have rightly been characterized as a military readiness crisis akin to the “hollow force” years of the 1970s. The Reagan administration and Congress solved that crisis with the 1980s defense buildup. They relied on a robust defense industry. What’s less noticed and less obvious outside defense circles this time around has been the effect instability and uncertainty have had on the readiness of the U.S. defense industrial base, and the support the base can provide the warfighter today and in the future.

"Both the Obama and Trump administrations have highlighted the harm budget instability has caused to force readiness."

With continuing resolutions placing new starts and initiatives on hold, and given uncertain budget toplines and market pressures to deliver on investor expectations, firms — especially small and medium-sized — face stark choices on whether to continue to accept financial risk and uncertainty in support of the warfighter or leave the defense marketplace.

The executive summary of an upcoming study from the Center for Strategic and International Studies states that between 2011 to 2015, the number of first-tier prime contractors shrunk by about 17,000 companies — a decline of approximately 20 percent. Since fiscal support of the military plays a key role in determining resources available to drive innovation and increase productivity in critical U.S. manufacturing sectors, budget instability has both hollowed the military’s readiness levels as well as the defense industrial base’s capability and capacity to rapidly respond to future warfighter requirements.

Just as concerning, resourcing uncertainty limits companies’ willingness to take financial risks associated with research-and-development investments that could advance capabilities. Experts increasingly worry this erosion of the base will hamper the nation’s ability to respond quickly and effectively with the capacity to deliver defense articles and services to the warfighter in times of national crisis.

At the same time, the disincentives driving traditional suppliers out of the market are weighing on next-generation technology companies that can offer future — sometimes unforeseen — capabilities.

These capabilities could be key to maintaining the overmatch the United States has come to expect when it contemplates global military operations. The department has instituted initiatives such as the Defense Innovation Unit-Experimental, also known as DIUx, to help attract these companies, but the challenges it and similar efforts face are compounded by now endemic budget instability.

Recognition of these challenges is growing. In addition to the soon-to-be-released CSIS study, the Trump administration issued Executive Order 13806 last summer on “Assessing and Strengthening the Manufacturing and Defense Industrial Base and Supply Chain Resiliency of the United States.” With a 270-day timetable, the executive branch plans to produce its initial assessment by mid-April.

This assessment — coupled with efforts to encourage and streamline sales of U.S. equipment overseas — is heartening but insufficient to stabilize the base, or create an environment where new entrants see opportunities to innovate and provide potentially game-changing capabilities to next-generation warfighters. Innovation that drives over-match demands budget stability.

Though many in Congress are aware and pressing their leadership, it’s time for all members of Congress, especially those not on defense committees, to recognize and take actions to reverse the disastrous effects budget instability is having on the warfighter and the companies that support them. To catalyze action, the National Defense Industrial Association made this issue a strategic priority. It will inform all its engagements with the administration, the services, industry members, fellow associations and think tanks, as well as Congress.

Budget stability and certainty will remain front and center at NDIA so we can help break the almost decade-long practice of beginning the fiscal year without a budget, putting the focus on readiness recovery for the warfighter and U.S. industry.

Wesley Hallman is senior vice president of policy at NDIA. Email your comments to whallman@ndia.org.

Contending With a World of Disorder