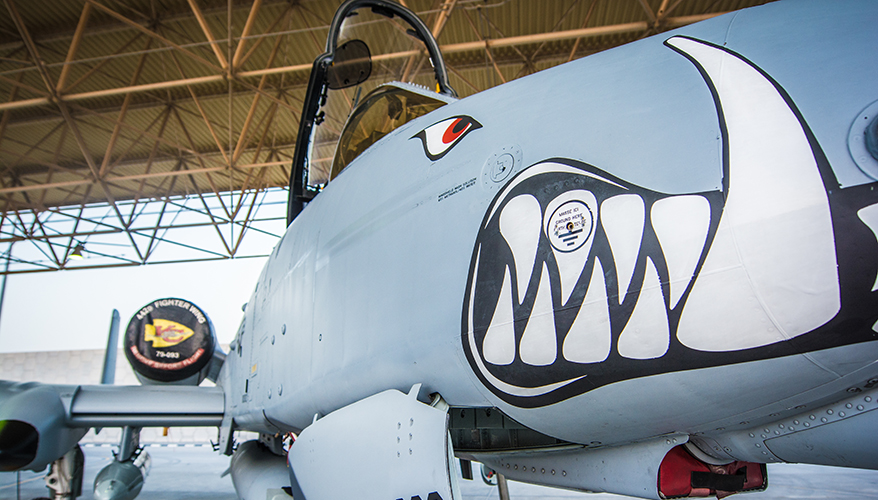 The Air Force is moving ahead with plans to re-wing several squadrons of A-10 Thunderbolt II attack aircraft in fiscal years 2018 and 2019, and intends to maintain the platforms through the 2030s, the commander of Air Combat Command said Jan. 25.

Funds are available in the current budget to allow the service to reopen a wing contract, Gen. James “Mike” Holmes said during remarks at the Brookings Institution, a Washington, D.C.-based think tank. The previous contract ended due to cost issues, among other reasons, he noted.

“It was a contract that was no longer really cost-effective for Boeing to produce wings," he said. "Now we’re working through the process of getting another contract."

The Air Force’s fiscal year 2018 budget request kept funding in place for the A-10, also known as the Warthog, for the next three years. An unfunded priorities list that was later submitted to Congress included $103 million to buy new wings for 110 of the 283 aircraft in the fleet.

The service plans to include funding for additional wings in the 2019 budget request, which is expected to be released in February, Holmes said.

The Air Combat Command chief said he's not sure how many of the aircraft in the fleet will eventually be re-winged. “That will depend on the Department of Defense’s decision and our work with Congress," he added.

The service last year stated that it could retire as many as three of its nine A-10 squadrons unless Congress allocated funding for new wings. The Air Force had previously attempted to retire the entire fleet of aging aircraft, prompting protests by lawmakers who blocked the move. Recently, senior Air Force officials said they intend to keep the A-10, which provides close-air support and light attack capabilities.

Meanwhile, Air Combat Command is looking for other capabilities that will help the Air Force and the other services work jointly across multiple warfighting domains, he said. Systems that provide multi-domain situational awareness will be key, “so we can pick a place where we have initiative and an advantage and work quickly to try to expand on success,” he added.

The services will also require advanced battle management systems that can help coordinate forces in contested environments. Agile and resilient communications tools that can relay messages across the joint force will be critical, he said.

As the services have moved to digitize many of their systems, they have seen an increased vulnerability to cyber threats, Holmes noted. The U.S. military needs to develop improved ways to communicate, and maintain an ability to fight when communication is compromised, he said.

Air Combat Command has been working closely with Army Training and Doctrine Command, or TRADOC, to develop a new doctrine and operating concepts that will help the services work together against peer adversaries that are building advanced weapons, Holmes said. The Air Force in the last decade has also worked with the Navy on ways to cooperate more effectively across domains, he added.

Over the next year, Air Combat Command and TRADOC will pursue a series of four “tabletop” exercises to assess plans, procedures and resources, and refine the concept of multi-domain battle, Holmes said. Those exercises should have begun last week, but were rescheduled because of the government shutdown that ran from Jan. 20 to Jan. 22, he said, noting that budget instability “impacts our ability to plan and work for the future.”

Although the services have previously conducted operations together and used joint boards to plan missions two to three days in advance, there must be better and more engaged planning for the battles ahead, he said.

“We have identified 13 initiatives to work together on between the Air Force and the Army,” he added. “In this world where both sides see everything and know everything, both sides have long-range fires that can reach anywhere on the battlefield and strike them with precision, the side that wins, I think, will be the side that can command the initiative by driving an ops tempo that the other force can’t keep up with.”