Speaker Ryan: Military Has Been Pushed ‘Past the Breaking Point’ 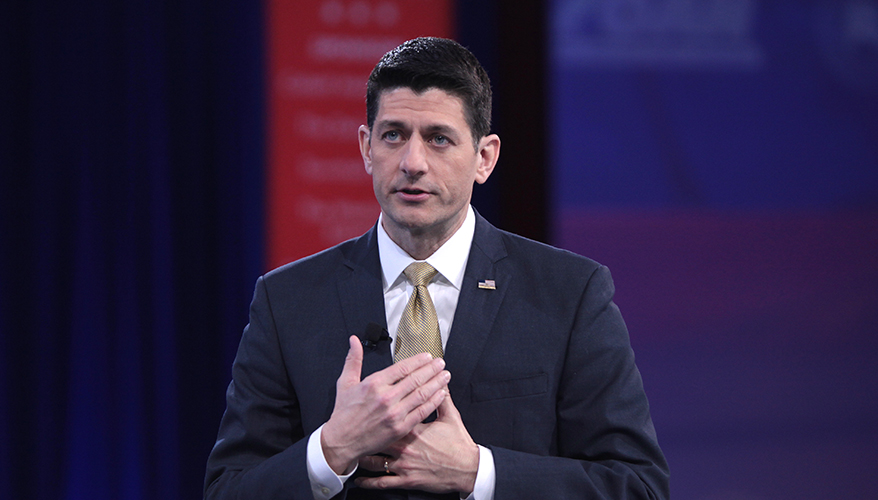 The United States has allowed its military to be pushed past the breaking point, as indicated by the deaths of dozens of warfighters during training missions last year and continued readiness challenges throughout the services, said the speaker of the House of Representatives Jan. 18.

“Instead of upgrading our hardware, we have let our equipment age. Instead of equipping our troops for tomorrow’s fight, we have let them become woefully underequipped,” said Rep. Paul Ryan, R-Wis., during remarks at the Center for Strategic and International Studies, a Washington, D.C.-based think tank.

Ryan rattled off a list of readiness issues affecting the various services — funding for Army modernization has been cut in half over the past eight years; Navy sailors are putting in 100-hour work weeks and less than half of the service’s aircraft are capable of flying; roughly 80 percent of the Marine Corps’ aviation units lack the minimum number of ready basic aircraft; and the Air Force is the smallest it has ever been, he said.

“The cost of these readiness deficiencies are really dire and this is literally costing us lives,” he said. “In total, we’ve lost 80 lives due to training accidents in 2017 alone — that is four times as many that were killed in combat. … We need to do better.”

These readiness issues come at a time when adversaries — such as North Korea and Iran — are bolstering their own militaries and stirring unrest around the globe, he noted.

Ryan’s remarks came one day before a continuing resolution to fund the federal government is set to expire. If Congress does not pass another CR or pass annual appropriation bills, that will trigger a government shutdown. As of press time, lawmakers had yet to resolve the situation.

Because of continuing resolutions and budget uncertainty, Congress is letting warfighters down, Ryan said.

Fixing "this budget mess" would help the U.S. military modernize its forces and maintain a forward presence, he added.

Ryan noted that the House has passed two appropriations bills that fully fund the military. He accused Senate Democrats of stonewalling.

“Our military is being used as a bargaining chip for completely unrelated items,” he said, such as the Deferred Action for Childhood Arrivals immigration policy. “The defense budget is being held hostage for DACA, which is not a deadline that expires tomorrow. DACA is down the road. And we want to fix DACA.”

Ryan also emphasized the need for acquisition reform. The Pentagon’s procurement process needs to be overhauled and new ways to improve efficiency to drive innovation must be discovered, he said.

Ryan touted the leadership of House Armed Services Committee Chairman Rep. Mac Thornberry, R-Texas, as one reason why strides have been made.

"Chairman Thornberry and his members are leading on these issues in the House,” he said. “In the past two years alone, we have enacted significant bipartisan reforms to streamline the bureaucracy at the Pentagon, to strengthen the military health care and retirement systems, and improve congressional oversight. It’s a great start, [but] so much more work needs to be done.”

Halifax - Where the Spirit of Sen. McCain Lives On

The Case for Women Entering a Draft