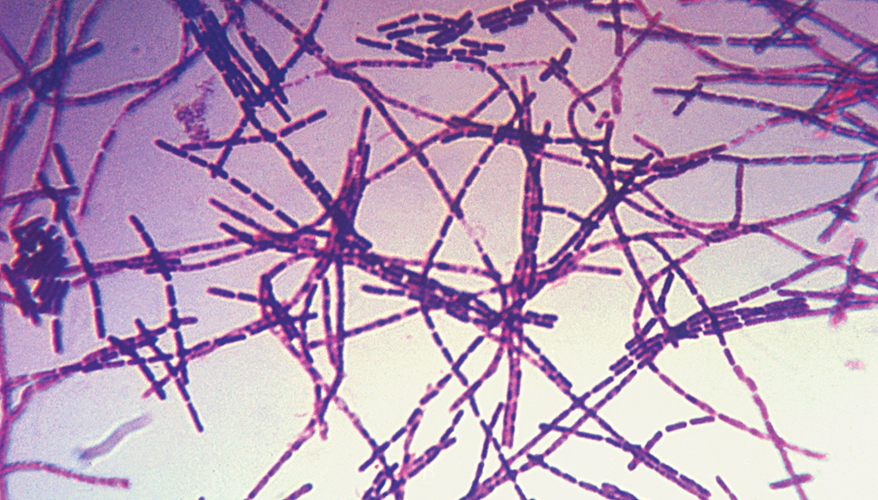 The Department of Homeland Security is facing prolonged budget cuts in its chemical and biological defense portfolio, as it works to address concerns that state and local municipalities are underprepared for a potential attack.

As technologies advance, the prospect of an adversary using a biological weapon — involving biological toxins or infectious agents such as bacteria or viruses — or a chemical warfare agent to target the U.S. homeland is becoming more probable, analysts and officials said.

In terms of biosecurity, “we are much better prepared than we were” post-9/11, said Tom Inglesby, director of the Center for Health Security at the Johns Hopkins School of Public Health in Baltimore, Maryland. “But we are not where we need to be, and the progress is, in some cases, somewhat fragile.”

The world has witnessed the use of chemical weapons against hundreds of people in Syria in recent years, said Rebecca Hersman, director of the project on nuclear issues at the Center for Strategic and International Studies, a Washington, D.C.-based think tank. Earlier this year, the half-brother of North Korean leader Kim Jong Un was assassinated in Malaysia with the nerve agent VX, and the Islamic State has launched multiple chemical attacks against Iraqi and Syrian forces since 2016.

“So what you are seeing … is a recognition at the state and local level and across DHS that chemical threats, even from a domestic perspective, may have been pushed too far off-burner,” she said.

The department’s science and technology directorate took a 28 percent budget cut when the omnibus bill for fiscal year 2017 was signed in May, and the chemical biological defense division is “taking a cut much more significant than that” in fiscal year 2018, said John Fischer, division director.

“I wish I were flat, but I’m not,” he said at the National Defense Industrial Association’s Chemical-Biological-Radiological and Nuclear Defense Conference in Wilmington, Delaware.

The directorate in May released a budget overview for congressional justification, which stated over $58 million would be put toward chemical, biological and explosive defense research and development for 2017, assuming a continuing resolution would remain in effect for the rest of the fiscal year. Less than $53 million was requested for 2018, according to the document. DHS did not respond to requests for an interview.

Programs to develop biosurveillance systems to collect and exploit data in the case of an attack, build more reliable chemical detectors, and develop repositories of biothreat agents that could be used for detection, response and recovery, all see budget reductions in 2018, according to the budget document.

Fischer attributed part of the reason for his directorate’s budget cuts to President Donald Trump’s stated priorities for homeland security.

“The priorities are: increased border security along the southern border, hiring 15,000 more Customs and Border [Protection] agents, and increasing the number of detention facilities for undocumented immigrants,” he said. “That is consuming the budgets. Everybody else within DHS ... is contributing to those priorities.”

Fiscal tightening across the Defense Department also had an impact on military programs that develop chemical and biological countermeasures for civilian use.

The institute discovers and develops medical countermeasures against chemical and biochemical threats via early-stage and pre-clinical research, education and training, and consultation, Dillman said.

Budget constraints have caused the organization to “really narrow our focus” in research opportunities, he noted.

Dillman’s team is currently focused on several countermeasures that could offer protection for the homeland. The Improved Nerve Agent Treatment System, or INATS, includes several new medications that combined, could counter a wider spectrum of nerve agents, he said.

Nerve agents — such as sarin or VX — prevent an enzyme called acetylcholinesterase from breaking down acetylcholine and stopping stimulatory signals.

“You end up with this ramped-up stimulated response to that signal, and that’s what causes … changes in heart rate, increased secretions, difficulty breathing and convulsions,” Dillman said.

INATS is “trying to address the problem in two different ways,” he continued. “One is trying to block the receptor that has been activated by acetylcholine. And the other is to get the inhibited acetylcholinesterase enzyme back working again.”

The institute is also working on an advanced anti-convulsant system, which would be the next step of treatment for an attack involving nerve agents after medication, Dillman said.

A new way of administering antidotes for cyanide — which affects cellular processes — is also in the works.

“The current cyanide antidote is intravenous, so we’re looking to develop something … that you could inject intramuscularly, because that would be easier to administer to a patient,” Dillman said.

That countermeasure is currently in pre-clinical study, but the institute is looking to transition it “in the near future” to an office that handles advanced development, such as the Joint Program Executive Office for Chemical and Biological Defense’s Medical Countermeasures Systems or the Biomedical Advanced Research and Development Authority, he added.

The institute is also working to create a countermeasure for mustard gas and other chemicals that target a victim’s skin, eyes and mucus membranes. It is in early-stage development, Dillman said. “Most of the treatment for mustard [gas] is really supportive care ... treating it very similarly as you would a burn.”

The United States boosted research and development for biological defense in the immediate aftermath of 9/11, after five people were killed and 17 infected by anthrax spores sent through the mail, said Ellen Carlin, senior health and policy specialist at the EcoHealth Alliance, a New York-based nonprofit.

But that early ramp-up “has certainly declined” in the 16 years since the attack, perhaps due to “a complacency that sets in” once enough time has passed since a major incident, she added.

“We skate from one emergency to another,” she said. “We have not created an infrastructure for health security preparedness that’s actually commensurate to the need.”

Carlin is co-director of the Blue Ribbon Study Panel on Biodefense, a bipartisan group established in 2014 to assess gaps and provide recommendations to improve U.S. biodefense.

The panel’s 2015 report titled, “A National Blueprint for Biodefense: Leadership and Major Reform Needed to Optimize Efforts,” outlined 33 policy recommendations to improve the nation’s posture toward biosecurity threats, she said.

One key recommendation — to develop, implement and update a comprehensive national biodefense strategy — has moved ahead, she noted. The Fiscal Year 2016 National Defense Authorization Act included language that required four departments — DHS, Health and Human Services, Defense Department and the U.S. Agency for International Development — to create such a strategy, she said.

“The uptick of that particular recommendation is really critical and really central,” she noted. “If they get that right, a lot of the other recommendations can fall into place.”

The budget document includes $5 million to begin building a permanent biodetection test bed in a major subway system. DHS is looking to create and certify the test bed by the end of 2018, it added.

“Subway systems are attractive targets for potential acts of bioterrorism, particularly with aerosolized biological agents,” the document said. A DHS fiscal year 2016 field study in the New York City subway simulated a biological agent release, and confirmed predictions that “contamination will be widespread and a major public health crisis will occur,” it continued.

Fischer said DHS is in discussions with several major cities to potentially host such a test bed. He declined to name them.

There’s a “growing concern within a number of cities in this country that a chemical-biological threat is imminent, and they need to pay a lot more attention,” he said.

New York City has expressed interest in partnering with DHS to implement the test bed, but it could be deployed in other major subway systems, the document said.

DHS must also devote resources to studying how advancements in synthetic biology and genetic engineering could be misused for nefarious purposes, the document said. Three million dollars could go toward developing a system for ongoing monitoring and assessment of synthetic biology risks, based on a risk spectrum being developed by the Intelligence Advanced Research Projects Activity.

Where once a scientist would have to duplicate an infectious agent, it is now possible to synthesize viruses from scratch, Inglesby said.

“We’re beginning to find ways to create life artificially just from the genetic code,” he said. An adversary could now theoretically recreate the smallpox virus — largely eradicated in the 20th century — and weaponize it. The global level of smallpox vaccine supply is now “relatively modest,” he noted.

Synthetic biology could be an “incredible benefit for humanity and will do great things for medicine and agriculture,” Inglesby said. “But there’s also a potential downside that we need to consider.”

Fischer said a division goal is to increase chemical detection capabilities in areas that may be vulnerable to an attack.

The department could stand up a chemical defense system that operated in major cities across the country to detect potential threats, as it has already done on the biodefense side, he noted. DHS stood up the BioWatch program in 2003 to detect the release of pathogens in the air, operating in over 30 U.S. cities, according to a 2015 Government Accountability Office report.

BioWatch is run by DHS’ Office of Health Affairs, which stated in its 2018 presidential budget document that the program would remain deployed and operational. OHA requested over $77 million in 2018 for chemical and biological readiness, to include BioWatch, about $5 million less than what it expected to spend through 2017.

Many experts do not believe the program is “meaningfully buying down risk,” Carlin said, noting that environmental detection is a difficult technology challenge. DHS should leverage technologies from the Defense Department and industry to create a system that improves time to detection, she added. The BioWatch Gen-3 program attempted to do just that, but the program was canceled in 2014, according to the GAO report.

“If we can’t do that, the existing annual resources are probably better spent on other biodefense efforts,” she said.

Fischer said the department is also working to loosen its dependence on products originally developed for troops overseas.

DHS “depends heavily” on hardware and gadgets developed for the military that are then tailored for the civilian environment. One example is altering a chemical detection system so that it ignores harmless chemical byproducts, like diesel fumes and perfume, and focuses on the actual threat, he said.

The future permanent subway test bed would be acquired that way, he noted.
His department is also “on the cusp” of developing its own acquisition lifecycle program.

“Within the chem-bio trade space within DHS, we have no lifecycle approach to anything,” he said. “We could develop all of the cool stuff that you want, but when you start talking about transitioning to a state and local [government], the process breaks down.

“The fact that we’ve finally got a success where we’re putting hardware out there … it’s a long time coming,” he said.