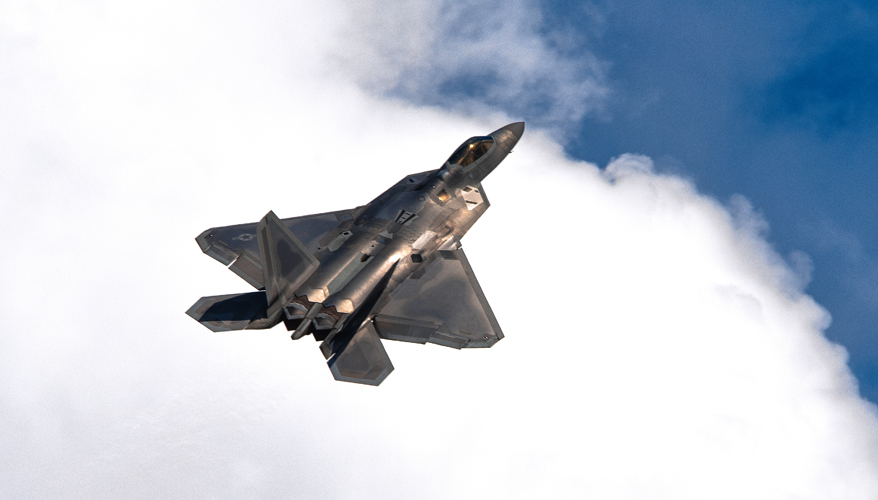 The Air Force is beginning to explore what a possible new fighter jet would look like, and requested about $295 million in the fiscal year 2018 presidential budget for technologies for a penetrating counter-air capability, according to service reports. The next-generation air dominance platform could serve as a replacement for Lockheed Martin’s F-22 Raptor, officials said.

But the service wants to apply lessons learned from past programs like Lockheed’s F-117 Nighthawk to try and develop a new aircraft more quickly, and is keeping a short list of requirements, Air Combat Command Commander Gen. Mike Holmes told reporters at a media roundtable at the annual Air Force Association’s Air, Space and Cyber Conference in National Harbor, Maryland.

“We will try not to over-specify to potential vendors what [a new fighter jet] will look like,” he said. “If you look at technology that tried to innovate, but were done in a relatively short amount of time ... you used a very small number of requirements that remained stable, you got a small workforce together to combine acquirers and operators and empowered them to make trades.”

The Air Force is looking to develop components that could be integrated into a new fighter family of systems in parallel, Holmes noted. It is looking for technologies such as big data and analysis tools that could help it defeat intelligent targets, he said. Service officials are also exploring options for secure communications aboard a future aircraft as well as looking at what types of sensors, engine or range capabilities will be included, he added.

“There are a lot of pieces there, and what we want to do is instead of … saying we’re going to develop something 30 years from now, we want to say, 'What’s at a technology level or manufacturing level that if we said go, we could get end up with a F-117 like program in a reasonable amount of time and be confident that it will work?'” he said.

In the meantime, the Air Force must also consider whether to continue upgrading its fourth-generation aircraft, Holmes said.

The first decision will likely be on whether to continue to maintain the F-15C and D air-to-air fighter fleets, he said. Air Combat Command and service headquarters are now determining “where is the knee in the curve and how long should we keep them?” he said.

Holmes said he is working on a “fighter equivalent to the bomber roadmap” that Air Force Global Strike Command Commander Gen. Robin Rand has been developing, and would like to make a decision on the F-15C and D fleets this fall.

“I would like to be able to show America and their representatives in Congress what the long-term plan is, and to kind of take some of the angst out of the air and settle that down,” he said.

The service has been riding on concerted investments made in the Ronald Reagan era “that gave us the air advantage we’ve been living on since [Operation] Desert Storm,” Holmes said. “I believe we’re going to have to reset that air superiority advantage.”

That might mean making trades on how long to maintain and upgrade older platforms while also trying to modernize the fleet, he added, noting “our track record for trading force structure to get money for modernization has not worked too well so far.

“What’s happened usually is we’ve lost force structure without getting money for modernization, so I’m cautious about taking on that kind of strategy,” he said.

The constrained budget environment is also forcing the Air Force to take its air adversary training out of house, Holmes said. The service is looking to stand up about 37,000 hours of contracted red-air training over the next couple of years, as it faces a continuing pilot training shortage and is looking at lower-cost options, Holmes said.

“In a perfect world, we would have enough resources to be able to maintain the aggressor squadrons that we used to have and …  do it in house,” he said. “In the world we live in now, where we’re limited in personnel end strength ... I would have to trade an operational fire squadron for an aggressor squadron. “It will directly contribute to the readiness of the force by limiting the number of flying hours in training that we’re spending on the red guy,” he added.

Allocating some of the air-adversary training out to contractors will allow pilots to focus on training for their own missions and aircraft, rather than taking turns playing adversaries for their colleagues, he noted. “Not only do we get some dedicated people to train against but we reduce the amount of time that our crews are spending ... pretending to be somebody else instead of training for their primary skills.”

Holmes told reporters the decision to solicit contractors for air-adversary training will be a “temporary measure. …We’d like to get back to doing it in house, and we have some plans to do that, but it will depend on our budget.”

If the requirement is fully resourced, the Air Force would be looking at companies who could bring in about 140 to 150 aircraft, Holmes said. The service is working with industry partners to determine which platforms could best represent the threat at an affordable cost.

“I would love for them to be able to bring a representative peer adversary threat ... but those are not available,” he said. But it is an opportunity for companies to utilize airplanes that may be at the end of their service life, he noted. Holmes said he expects to define the requirements for a contract by fall of 2017.

“I think we will move most of our larger training into that virtual environment… because we’ll be able to afford that, [and] because we don’t really want people to be able to see exactly what our tactics will be and how we plan to integrate the resources that we have to be able to defeat those threats,” he said.

The Air Force also continues to analyze the findings from its light-attack aircraft experiment, conducted in August at Holloman Air Force Base, New Mexico. No determinations have been made yet, but as of now, the service plans to conduct combat demonstrations with one or more of the participating aircraft sometime in 2018, Holmes said. The experiment, also known as OA-X, explored the capabilities of four commercial off-the-shelf aircraft to perform light attack and close-air support missions in permissive environments in coordination with ground coalition forces.

As the service continues to build reports from the experiment this summer, it is also looking at lower cost communications options, Holmes noted.

“There might be an experiment with the industry guys who are developing commercial internet in space,” he said, noting that there are contractors out there working on “basically WiFi at low-Earth orbit.”

“What could we do with that on an airplane?” Holmes said. “Would that be a low-cost alternative for the connectivity that we need in a permissive environment, where we’re not taking on sophisticated GPS jammers, and everything that goes with that?”