Air Force on a Long Road to Replace Minuteman III 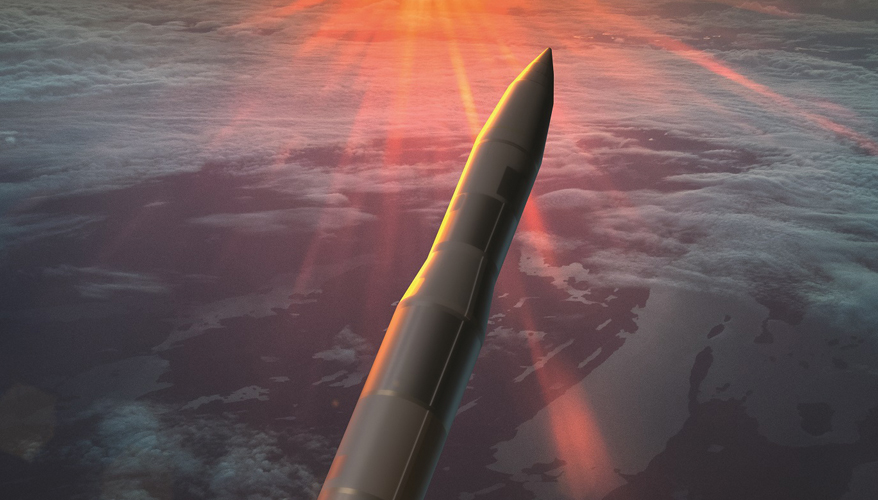 The Air Force this fall will select two prime contractors to begin work on an 18-year-long development program to replace the Minuteman III intercontinental ballistic missile — one of the three legs of the nuclear triad.

The length of the ground-based strategic deterrent’s developmental timeline was not lost on Air Force Gen. John E. Hyten, Strategic Command commander, who had some sharp words for the program at a recent speech in Washington, D.C.

“We have to be able to go fast,” he said. The Minuteman I went from an idea sketched out on a napkin in 1957 to its first successful test in 1961 and first deployment in 1962. A three-stage solid rocket had never been built before yet 800 missiles were on alert by 1965, he said.

The program to replace the Minuteman III will take four times as long and the nation will end up with half the capability at 400 missiles, he noted.

“Where did we lose the ability to go fast?” Hyten asked.

There is plenty of blame to go around for slow program development timelines, he said. Congress, the Defense Department and the acquisition community all have a part to play, he said. “It’s an indictment of every one of us.”

The Air Force timeline, which doesn’t call for full-rate production until 2028, is actually tight, he said. The program will not only produce new ICBMs but also the command-and-control system and missile field infrastructure. Many of the Minuteman III’s components will be outdated by the end of the 2020s, Hyten said.

Those who have proposed a service-life extension approach haven’t seen the numbers, he said. A study found that it would cost more to replace obsolete parts than it would to build a whole new system, Hyten said.

“You will have ended up replacing just about everything on the missile, which will cost you more … but nobody believes me,” he said.
Leah Bryant, chief of public affairs and legislative liaison at the Air Force Nuclear Weapons Center, said the developmental timeline was well thought out.

The ground-based strategic deterrent’s “estimated schedule is based on market research, input from subject matter experts, and evaluation of previous, related development efforts,” she said in an email.

The current timeline calls for a three-year technology maturation and risk reduction phase beginning after a downselect to two companies, which should take place before the end of the fiscal year. After that is concluded, the Air Force will choose one company for a five-year engineering and manufacturing development phase.

The Air Force pre-selected three companies to compete for the program: Boeing, Lockheed Martin and Northrop Grumman. The prime contractor will develop the missiles, command-and-control system and the missile field upgrades.

The first two developmental phases are “considered feasible but aggressive by both acquisition and industry experts,” Bryant said.

Following those two phases, there will be a decade-long period of production and fielding. That timeline will be driven by industrial base capacity, as well as the magnitude and complexity of activities required to modernize the launch facilities and deploy the missiles, she said.

During those 10 years, Strategic Command will face the challenge of swapping in the new system while keeping the Minuteman III on alert, she noted.

“Whether the program can be shortened will depend on the ability and success of industry in designing, developing and delivering a weapon system solution that meets our requirements in changing environments,” Bryant said.

The Air Force plans to work with industry partners to streamline the acquisition with a clear focus on timeliness, affordability and mission success, she added.

“Through market research, the Air Force is confident in industry’s talent, capability and capacity. Their innovation and creativity will be paramount as GBSD looks to deliver a much more complex weapon system than its original predecessors in significantly more dynamic technology, economic and threat environments,” she said.
Hyten too has faith in the major contractors. If given the proper budgets he suggested they could shorten the developmental timeline.

Those who worked on the Minuteman I in the 1960s “had one major advantage. On Oct. 1 every year they got their money. That is not insignificant,” said Hyten, referring to Congress’ recent failures to pass budgets in a timely manner.

All three companies told National Defense that they are ready to get to work just as soon as the Air Force chooses the two contractors it wants for the technology maturation and risk reduction phase.

“They have told us that they are on schedule for a Sept. 12 award and maybe a little earlier,” said Frank McCall, Boeing’s director of strategic deterrence systems.

The Air Force “did a lot of homework. It has been studying this modernization program for a long time evaluating different technologies and approaches from a technical perspective,” McCall said.

As for the long developmental timeline, Carol Erikson, vice president for the ground based strategic deterrent program at Northrop Grumman, said there are many factors that go into determining a schedule other than the acquisition regime. Funding is among them, she said. “Certainly if the Air Force was interested in looking at more rapid schedules, we would be glad to partner with them and evaluate alternatives for that,” she said.

Another reason for the 18-year process will be the need for extensive testing.

The service has indicated that it is not looking for experimental or “immature” technologies. It wants a low-risk approach, McCall said.

“They don’t have a lot of new inventions to make the program happen,” he said.

Because the system will be expected to last 60 years, the program will call for open architectures so new technologies can be swapped in as needed.

“They have a mindset about how the system should be architected. It gives the government a lot of ownership and control of the system architecture and the interfaces within the system,” McCall added.

The Air Force has “a multi-decadal roadmap,” with its ideas on the kind of upgrades that might be needed beyond the 2020s. They are looking for capabilities over the course of the next 60 or more years. “So that’s a challenge,” McCall said. It will require a great deal of flexibility to be built into the systems, he added.

Steve Layne, ground-based strategic deterrent deputy program manager at Lockheed Martin, said that will be one of the key challenges of the program.

“We are thinking through that now and this is 2017,” he said. By 2070, the grandchildren of the current generation of missile technologists may be operating the system. Building in affordability and flexibility are vital.

“We are taking every opportunity to leverage new, existing and emerging high-reliability technologies. High reliability is a major driver of that sustainment tail,” Layne said.

The open architecture will allow for modularity, which in turn can keep maintenance and upgrade costs down, McCall added.

During the three-year technology maturation and risk reduction phase, the companies will engage in a substantial amount of prototyping, the executives interviewed said. All three company representatives declined to state exactly what subsystems they will be working on.

“What will be prototyped will depend on the companies’ uncertainties,” McCall said. The two contractors selected for the first phase will be working in parallel.

“There are certain technologies that we are going to mature through this three-year phase through prototyping efforts,” Layne said. Some will be done on contract and at the direction of the Air Force.

Others will be Lockheed’s internal research and development of emerging technologies that could be inserted in the program if the right balance of cost, schedule and technical risk is met, he said.
Erikson said she expects the first phase “will be initial designs, prototyping and trades to optimize performance, cost and risk.”

This phase is also intended to help the Air Force lock down requirements for the engineering and manufacturing development phase, McCall said. It will culminate in a preliminary design review.

During the three years of development, the Air Force will be working on its final contractor selection for the EMD phase so it should get underway in 2020 with little down time.
Lockheed Martin is leasing a program office with laboratory space near Hill Air Force Base, Utah, and has a staffing plan in place should it be selected, Layne said.
Boeing’s McCall said it was too early to lock in industry partners. Erikson said Northrop’s industry team has been selected but she declined to share their identities.

Lockheed will retain both of these engine suppliers through the first phase. None of the partners are obligated to work exclusively for Lockheed Martin, he noted.