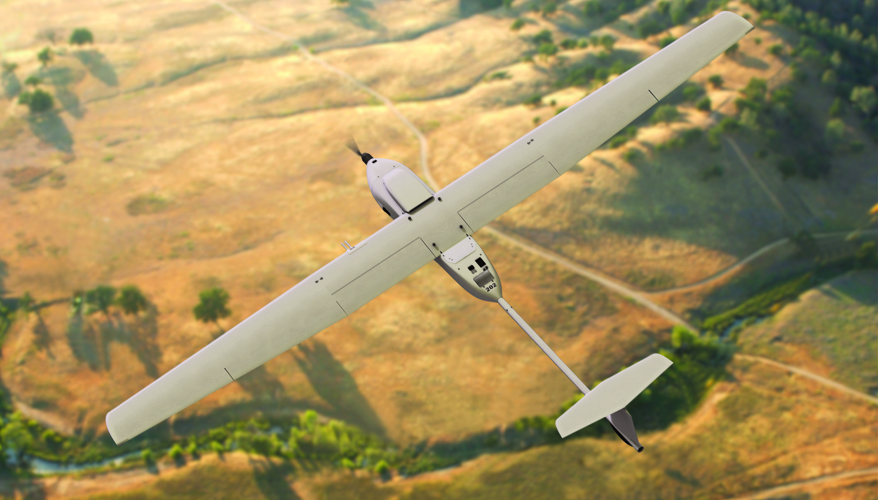 Unmanned aerial vehicles currently in the fleet are at risk of obsolescence as adversaries enhance their counter-drone capabilities, SOCOM officials said during a panel discussion at the Special Operations Forces Industry Conference in Tampa, Florida, which was hosted by the National Defense Industrial Association.

“Our UAVs are not designed for the kind of threat environments … [they will face] in the future,” said Lt. Gen. Kenneth Tovo, commander of Army Special Operations Command.

U.S. military drones have operated with near impunity over the past 15 years of war against terrorists and insurgent groups, noted Capt. Keith Davids, deputy commander of Naval Special Warfare Command.

But potential foes are developing weapons — including cyber and electronic warfare tools — that could make them much more vulnerable.

“In a contested environment how effective will they be? How survivable will they be?” Davids said. “Frankly, I think some current and certainly future projected capabilities of some of our competitors will render many of our current systems obsolete.”

To address the problem, SOCOM is partnering with the Pentagon’s Strategic Capabilities Office to create a new organization dedicated to advancing drone technology.

The outfit, known as DRONEWERX, was modeled after Special Operations Command’s SOFWERX initiative, which opened the door to nontraditional partners in industry and academia to do fast prototyping and experimentation.

The goal is “to build a DRONEWERX equivalent to SOFWERX to really get at, how do we leverage this combination of swarm technology, commercial drone technology, artificial intelligence, machine learning, and actually create near-term combat capability?” James “Hondo” Geurts, SOCOM’s acquisition executive, said at the conference.

Buying smaller and less expensive assets might be the best option for dealing with a more dangerous operating environment, officials said.
“The large [drones] that we’re relying on now perhaps could be replaced by a multitude of essentially throwaway swarms of UAVs,” Tovo said.

The U.S. military divides drones into different classes based primarily on weight: Group 1 drones weigh 20 pounds or less; Group 2s weigh between 20 and 55 pounds; Group 3s weigh 55 to 1,320 pounds; and Group 4 and 5 drones like the iconic Predator and Reaper weigh more than 1,320 pounds.

SOCOM acquisition officials are looking for miniaturized sensors that would enable drones such as the Puma and ScanEagle to have the same intelligence, surveillance and reconnaissance capabilities as the much larger Predators and Reapers.

Officials want improvements in runway independence, acoustic signature, range and payloads. “Those are areas that we’re looking for help from industry,” Fieldson said.

SOCOM plans to issue a solicitation for demonstrations of Group 2 and Group 3 capabilities, most likely in the fall, he noted.

Lockheed Martin has developed a Group 2 extended-endurance drone known as Stalker XE. The Stalker’s original endurance of four hours has been increased to eight as a result of fuel cell technology that was added to the aircraft, said Maggie Macfarlane, a strategy and customer requirements manager for advanced development programs at the company’s Skunk Works division.

The Stalker XE weighs less than 30 pounds and has an open system architecture that enables integration of third party payloads. It also flies with a silent propulsion system up to 700 feet above ground level, she said.

“Flying low and quiet enables the user [to have] less expensive payloads to be able to provide the imagery that’s required for decision-making,” she said. “This is a Group 2 platform but it pretty much gives you the capability of a Group 3 platform.”

Lockheed has used the Stalker XE as a test bed for related technologies including artificial intelligence, electronic warfare, cyber and communications relays, she noted.

The company is seeing greater interest in these types of drones from military customers, Macfarlane said.

The SOCOM acquisition community is looking closely at the smaller end of the UAV spectrum. These types of systems are relatively inexpensive, officials noted.

“Group 1/Group 2 really is where we’re spending a lot of time as a command investing our energies,” Fieldson said. The aim is to leverage commercial technology and modify it to meet SOF requirements.

“Right now there’s an effort underway for our operators to get together and figure out what the requirements are for this class of UAS, because it is something that’s proliferating,” he added.

“We are going to be evaluating … a lot of these commercial quadcopters and finding out what they can do for us,” he said. ISR capabilities will be the initial focus, but officials are also thinking about what other payloads they could carry and what other SOF missions they could enable, he noted. 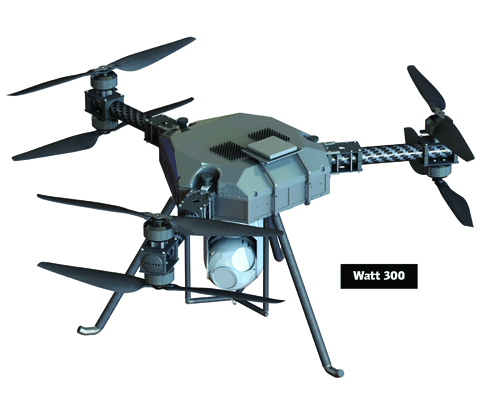 “In these narrow, really confined areas you can’t really launch a fixed wing UAV,” he said. But troops equipped with rotary wing drones “can pop it up and get your eye in the sky very rapidly.”

Lockheed developed the Indago 3 system with special operations forces in mind. The man-portable drone weighs less than five pounds and can fit inside a small backpack. It can be deployed in a couple of minutes and stay aloft for 50, according to Bills.

The sensors can be swapped out depending on mission requirements. With Lockheed’s electro-optical sensors “you can basically read a license plate from about 1,000 feet away,” he said.

The company is developing an advanced thermal sensor that has similar zoom-in capabilities, he added.

The Indago family of UAVs has been around since 2012, he said. “It has really been the last year or so that we’ve been targeting the SOCOM community.”

The Indago 3 has more secure data links and reduced signatures compared to earlier versions, according to Lockheed.

Drone Aviation Corp., a Jacksonville, Florida-based company, has developed quadcopter-type drones that are designed to be tethered to a military ground vehicle or other ground stations and carry advanced electro-optical and infrared sensor payloads.

The Watt 300 UAV, equipped with eight rotary blades, can be deployed for more than eight hours at an operating altitude of 500 feet, according to the company.

“It’s powered from the ground, so we’re looking at a persistent ISR capability,” said Bruce Hardy, vice president of sales.

“We’ve made some really big strides in … updating our technology and basically making the form factor smaller [and] the payload lift better,” he added.

Because the drones and their communications feeds are directly connected to a ground station, they are less vulnerable to cyber attacks, he said.
Hardy is a former Navy SEAL. “I see from the warfighter’s point of view the benefits of these systems and I definitely know that I’ve needed them in the past,” he said.

PEO fixed wing will spend a lot of time over the next year looking at that problem, he added.

Special Operations Command isn’t just interested in UAVs, Geurts said. It wants to explore the full spectrum of unmanned systems and autonomous capabilities including in the undersea domain.

“Fundamentally we are interested in man-portable, expeditionary-size unmanned systems,” he said.

The Navy already has a program of record called Mk 18 Mod 1, a Swordfish UUV based on the REMUS 100, a Kongsberg Maritime product. The service intends to use the Swordfish for mine countermeasure missions. SOCOM has an opportunity to leverage that technology, Green said.

The plan is to take existing platforms and modify them to meet Naval Special Warfare Command’s requirements. The autonomous systems are expected to complement and supplement manned systems.

“We can go to where a submarine can’t go,” he said.

However, adversaries are developing anti-access/area denial weapons, and there are locations where SEAL delivery vehicles or shallow water combat submersibles would be vulnerable to enemy attack. In those situations, deploying an unmanned system might be a better option because it wouldn’t put special operators at risk, he said.

Officials have been considering operating concepts for undersea drones.

“The specifics get a little classified,” Green said. “But imagine if you will the same things that an SDV would do where it would stop with the dry submersible and you would send [the UUV] even farther” to search for something and then report back in real time or near real time.

Sensing is one of about half a dozen mission sets that UUVs could perform, he added.

Much like in the air domain, officials see advantages in using smaller systems in the undersea realm.

“We need to keep it expeditionary,” Green said. “We need to leverage all the shrinking down of sensor packages and the better power [technologies] to make our little UUV equivalent to what bigger UUVs used to be.”

STIDD Systems Inc., a Greenport, New York-based company has developed the DPD-M2AV diver propulsion device that can be manned or unmanned.

Although primarily designed for infiltration and exfiltration of combat divers, it could also serve as an ISR platform, said company vice president David Wilberding.

“Any manner of sensors can be put on this,” he said. “You can take the man off and use it as what amounts to an underwater vehicle that’s completely autonomous.”

The submersible is capable of more than five hours of run time and has a range of more than 30 nautical miles. It is equipped with a precision navigation and automation system, and could be programmed to perform a variety of tasks, he said.

“It could preprogram to loiter at any depth, and you could then remotely change mission and say, ‘Go to this depth, that depth, go to this point or that waypoint, engage any particular sensor, collect the information and bring it back out of the harbor,’” Wilberding said.

The platform is also capable of hauling a cargo pod or trailer filled with munitions or other equipment, he noted.

SOCOM officials intend to piggyback off what the Navy is doing with underwater drones. “Service common” capabilities that were developed for the Navy but are applicable to special operations missions are a key area of interest, said John Bailey, chief engineer at program executive office maritime.

Procurement methods could be similar to how the command takes Air Force C-130 aircraft and modifies them, he said.

“The service builds the C-130. We buy it and then fix it” to meet SOF needs, he said. “We will probably wind up with something similar on the UUV side.”