DoD Making Big Push to Catch Up on Artificial Intelligence 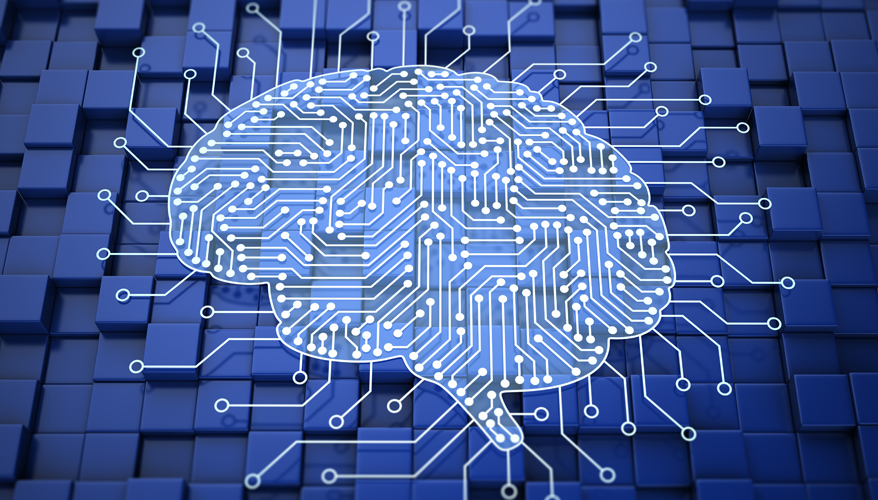 The Defense Department in late April kicked off a campaign to integrate machine learning and other cutting edge computer technologies across U.S. military weapon and intelligence systems.

Project Maven, also known as the algorithmic warfare crossfunctional team, is the brainchild of Deputy Defense Secretary Robert O. Work, who tapped Air Force Lt. Gen. John N.T. “Jack” Shanahan, director for defense intelligence, warfighter support in the office of the undersecretary of defense for intelligence, to lead the effort.

These buzzwords are “no longer arcane and esoteric terms but instead are concepts instrumental in increasing the effectiveness of the analytic workforce of the next decade, while simultaneously sustaining and gaining our competitive advantage,” he said.

Shanahan said the era of incremental change to U.S. military weapon systems and intelligence gathering regimes will soon be “in the rearview mirror.”

The department is far behind Silicon Valley when developing these kinds of technologies, and is failing to tap into their expertise, he said.

Meanwhile, near-peer competitors are quickly closing the technical superiority gap the United States has enjoyed, he said. The aforementioned fields will be a means to leap ahead of them.

“The slope of the technology change curve is becoming so steep ... that we will find it hard to keep up over the next decade. But we must do so or risk ceding valuable ground to our potential adversaries,” he said.
“It is hubris to suggest that our potential adversaries are not as capable or even more capable of far-reaching and deeply embedded innovation in their respective organizations,” he added.

The team will create a pathfinder project to demonstrate the capabilities of such technologies by the end of the calendar year. Shanahan said Project Maven will work with the intelligence community first. The pathfinder will focus on automating and augmenting the full-motion video data collected by small tactical unmanned aerial vehicles such as the ScanEagle.

Using automation and augmentation, machine learning and computer vision to help analysts sort through the millions of data points collected by sensors is an acute need throughout the military and intelligence community, he said.

There has been an explosive growth in airborne, ground, maritime and overhead intelligence, reconnaissance and surveillance platforms. Their sensors operate in every domain from “subsurface to space and cyberspace,” he said. “Yet more collections — even from highly classified exquisite sensors — does not necessarily equate to more or better intelligence,” he added.

Instead, it can lead to lengthy collection times, missed warnings, lack of timeliness, and handing over irrelevant information to decision makers.

“It will only grow worse over the next years,” he said. The department can’t simply add thousands of more analysts to wade through all the data. There must be a shift in the paradigm for the nation to maintain its competitive advantage, he said.

Robert Cardillo, director of the National Geospatial-Intelligence Agency, said the glut of full-motion video data is the “wolf at the door” for NGA.

If NGA were to attempt to manually sort through all the data it will receive in the next 20 years, it would have to hire 8 million analysts, he contended. The agency’s goal is to automate 75 percent of its analysts’ tasks, he added.

Shanahan said tackling the full-motion video data glut for tactical UAVs is just one small step. “We need to start with one manageable problem rather than to try to solve world hunger immediately.”

Afterwards, the project would expand to larger class UAVs such as MQ- 1 Predators and MQ-9 Reapers, he said. The next category would be helping analysts sort through sensitive site exploitation data.

The effort will require taking massive amounts of imagery from full-motion videos, segmenting it, labeling the data, then running it through algorithms.

Some of this software might be acquired “off-the-shelf,” but refined for Defense Department purposes, Shanahan said.

“We know it won’t be right at the start, but … more and more data makes the algorithm better.” It will require massive computational capability, he added. “Then we’ll move on, left, right, center, it doesn’t matter. We’ll figure out what happens next,” he said.

The team will need “continuous feedback loops from the people in the field to tell us we got it right or didn’t get it right,” he said. The team wants to push the technologies back to the field “in months, not five years” for block upgrades to weapon systems, he added.

The end goal is to expand AI and the other cutting edge technologies across all elements of the intelligence enterprise and then beyond, ultimately affecting every aspect of the department’s operations, he said. That would include applying them to such fields such as predictive maintenance, logistics, medical care, communications and infrastructure, he said.

It would also culminate in the establishment of a Defense Department machine learning center, he added.
The team will seek to integrate these technologies into programs of record across the four services and Special Operations Command.

There may be resistance, he admitted.

The previous approach to integrating AI into established weapon systems was to minimize disruption to ongoing operations. “That approach will no longer work,” Shanahan said. The team wants to “move aggressively despite the inevitable resistance that will come with these sweeping changes,” he added.

“We have to be closely engaged with the services because they have the programs of record.”

Work assured Shanahan that if he gets some pushback, he will step in to mediate. “There is a high likelihood that we will break some glass along the way,” Shanahan said.

Cultural resistance to change is a problem, especially in the analytical field.

Defense Intelligence Agency Director Marine Corps Gen. Vincent R. Stewart said there are those in his organization who are stuck in the old ways of doing analysis.

“We have got to create space for young men and women who have great ideas to be innovative, to be disruptive, to challenge the conventional order, conventional wisdom and do things we have never even thought was possible,” he said at the symposium.

Stewart accused some supervisors in his organization of stifling innovation. They have “stopped cold some innovative ideas brought to them by junior staff members, he said.

"If we don't have front line supervisors who are willing to take just a little bit of risk ... we are going to lose some of the great ideas inside our organization," he said. Those with great ideas will simply quit the agency and leave for greener pastures and go work for contractors, who will in turn come back to sell the agency the same ideas, he said.

“This is the toughest thing I have to deal with,” he added.

As technology thinkers have noted, human trust in automated systems and robots is a serious hurdle that must be overcome for the technologies to proliferate.

Shanahan said 10 to 20 percent of personnel will be “all in” on integrating machine learning and other technologies from day one. About 10 to 20 percent will never accept it. In the middle are the people waiting to see if it works or not. “If it works, everybody wants to be on board. … We have to prove success.”

Lynn Dugle, CEO of Engility Corp., a contractor with decades of experience working with intelligence agencies, said analysts can be resistant to automation.

“Many times they don’t want automation because they are not sure that the analysis is robust or up to their standards,” she said in an interview. They worry about the sources and its credibility. “When you automate that sort of thing you have to answer the big questions for the analysts to get them to move with you,” she said.

“How do you get people to trust automation, leverage automation and embed it in their work flow?” she asked.
Analysts need automation to do their jobs, and are given the computer programs to help them sort through the data, but using these tools is often optional.

As far as Cardillo’s goal to have machines process 75 percent of NGA analysts’ mundane data, that is achievable “because you can define ‘mundane’ any way you want,” she said. It’s about “trust” for these professionals, she said.

Yet she sees an inflection point with acceptance of these new technologies with the younger generation being more open to change. “When you talk about trying to embed automation technology in a workflow, they are not going to work any other way,” she said.

But it’s not necessary to wait for the millennials to take over. “All of us are kind of marching down that path. It’s an exciting time,” she said.

Shanahan said Project Maven currently has a small team, but it is beginning to reach out to industry to see how it can help. The Defense Innovation Unit-Experimental, the office created to help make connections between the Defense Department, Silicon Valley and other innovation hubs, is helping the project to make introductions to small and larger companies working in machine learning and the other fields.

The military is trying to play catch up with the private sector, he said.

“We have not come close to matching — and probably cannot match — Silicon Valley’s expertise and investments in those areas,” he said.

Artificial intelligence, machine learning and deep learning are “the critical base ingredients in the recipe of future success,” he reiterated.

Ultimately, success is measured on the battlefield. Shanahan said the ultimate goal — as Defense Secretary James Mattis said it should be — is making the U.S. military more lethal. It’s “not just doing this because it seems like the cool thing to do.”