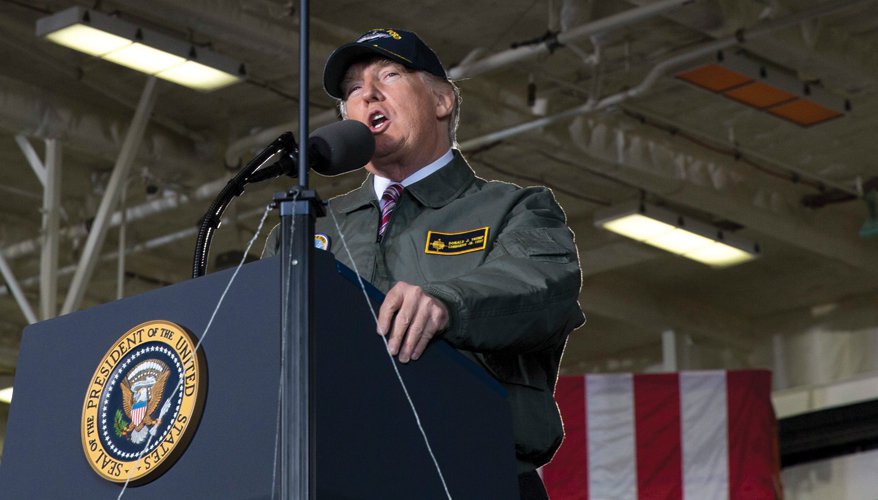 Republicans and Democrats finally passed an appropriations bill for fiscal year 2017 in May that increased defense spending. But analysts said it does not signal that President Donald Trump’s push to “rebuild” the U.S. military is kicking into high gear.

The legislation provided $593 billion for defense in 2017, an increase of $19.9 billion over the fiscal year 2016 enacted level, according to a summary provided by the House Appropriations Committee.

Trump said it would fund a “massive and badly needed” increase in Pentagon spending.

“We’re going to have the finest equipment of all types — whether it’s airplanes, or ships, or equipment in general — that we’ve ever had in the history of the country,” he said during remarks in the White House Rose Garden.

But analysts said the extra money would have a limited impact on military modernization.

Congress appropriated some additional funding for big ticket items such as fighter jets, but the majority of the bump went toward other priorities such as enhancing training and readiness, analysts noted.

“Readiness has political support” in Congress, said Mackenzie Eaglen, a defense budget analyst at the American Enterprise Institute. “Modernization as an equal priority is up for debate.”

Only $5.5 billion of the $13.7 billion in procurement funding that Trump requested in his supplemental was appropriated, and it was “mainly for smaller items,” according to Byron Callan, an analyst at policy research firm Capital Alpha Partners.

Eaglen said much of the extra procurement money that was derived from Trump’s supplemental request went toward missiles and munitions, and platform upgrades or modifications.

For fiscal year 2018, Trump has proposed a $52 billion increase in the Pentagon’s base budget. But analysts expect the actual funding level to fall short of that.

“The president submitted a …  supplemental for an additional $30 billion [for defense in 2017] and he only got half that,” Harrison said. That “does not bode well for the administration’s 2018 budget request.”

The idea of increasing the base budget that high above the budget cap is “preposterous,” Harrison said. “There’s no way Congress will do that, in part because it relies on paying for that by cutting the non-defense side of the budget.”

Analysts noted that Democrats and others who oppose slashing non-defense funding, would be in a position to filibuster appropriations bills and block efforts to eliminate the Budget Control Act.

“If you want to increase the base budget above the budget cap level and change the budget caps, you need 60 votes in the Senate. And they don’t have 60 votes,” Harrison said.

The GOP currently holds a majority in both chambers of Congress. Trump has suggested that Republicans in the Senate should pursue the so-called “nuclear option” and get rid of the filibuster to prevent Democrats from thwarting his plans.

“That fundamentally would change the political dynamics around the budget,” Harrison said. “They [Republicans] could push through much higher defense spending than they would be able to otherwise.”

Eaglen doesn’t see that happening. Republicans in the Senate have already expressed opposition to eliminating the filibuster, she noted.

“His own party doesn’t even agree with that,” she said. “His budget is not going to pass.”